Why soon-to-be-married-Indians should consider prenups

It was an afternoon when I planned to cheat, as I often do when I am on my own. An afternoon of illicit adventure, cover-ups and lies that no one would know about. As I walked towards my secret rendezvous, I could taste the excitement in my bones. Every fibre in my body was awake, awaiting the pleasure that would behold me. I could barely breathe.

I waited for my dream to appear before me, rich and luscious in reality. I was ready. I didn’t care. It was all in the moment. I knew I was going to melt at first sight. This is what lazy summer afternoons were meant for. A secret tryst. Unbeknownst. All by myself. Me and my long spoon digging into layers of cream, cherries, pie crust and cold custard. Yes, the tarty cream cherry pie.

The love of my life! I wait to dig into my favourite dessert at the only restaurant it is served at because I know it is a sin. But I am addicted like a teenage lover. Away from prying eyes and tut-tutting dieting types. I am alone but never more happy! It is an entirely hedonistic pleasure, something I will never refuse. 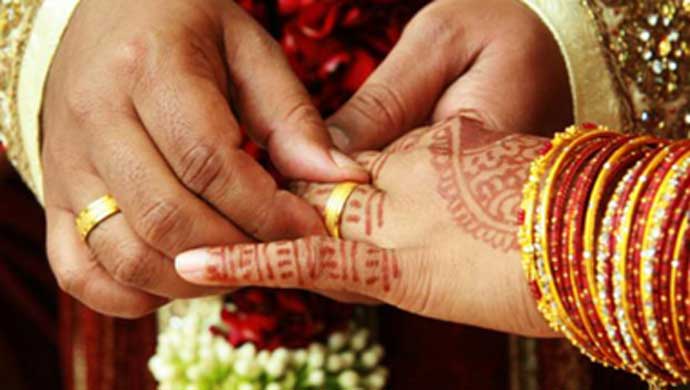 If she had to make a break of it, her escape car’s tyres were flat before she had even picked up the keys. Photo: Representational

That day I ended up eavesdropping on two lunching ladies who broke my reverie of contemplating how long I could make the cream pie last. They had the requisite green leafy bowls in front of them and a sugar-free fizz, but they were hardly eating. I would have snorted at them and ordered a Quattro Formaggi pizza for myself. But I heard agitated words from one of them, her face crooked with angst and long hidden bitter anger. The gist: she had been married for nearly 25 years. There was no spark left in the marriage, none to begin with actually. The two children did not care. The husband was barely home. She spent her time in beauty parlours and sundry female gatherings.

The holidays more stressful than being alone at home, due to the forced bonhomie. There was nothing in common and even less interest in each other. I chanced a look. There was a designer bag with a tastefully tied scarf (a French affectation which seems to have hit the upper class women it seems). The clothes came off another mid-range designer rack and were elegant. The face shorn of dark smudges, the kind you and I have from trudging under the sun.

When she said that she would have long walked out, I gave up all pretence of devouring the pie and shamelessly listened.

It had been decades of sameness. The wedding, the after wedding life, the children, holidays, parties, festivals, all carefully choreographed to show how happiness prevailed in the house. It’s what everybody would have expected! She had made a good marriage and didn’t need to work. She hadn’t either. She considered herself lucky. When the mandatory house had been built, three cars in the driveway, two children delivered and set up in the international school, a decade had gone by and so had her life!

"My life was over, long before it had even started,” and I felt a real pang of sympathy. How desperate she sounded. She who rippled like the glossy packaging on a box but was hollow inside. I listened some more. Yes, she had contemplated leaving. She had trained in interior design and had worked in art galleries but it was more for fun. Yet, she felt she could have made a career out of it but had instead allowed complacency and somnolence to take over as material things were equated with happiness.

By the time she realised how desperately unhappy she was, a decade had gone by, the children were at a critical age and she couldn’t think just about herself. She could have made a part time go of her life then, but the chance had slipped. Now she was 40-ish with nothing to look forward to. The unspoken remained silent. Taking a divorce at this stage of her life was out of question. She would be on the street. She had nothing to her name, not a house, or any significant bank monies. Some jewellery but that was about it. If she had to make a break for it, her escape car’s tyres were flat before she had even picked up the keys.

This brings us to the question: In these days of devastating marriages and the lack of longevity, women who give up everything for home and hearth and deadly dinner parties, don’t they deserve monetary security?

Rumour has it that Joe Kennedy paid Jackie O a thundering million to stay married to his son in the '60s. If he needed to do that for the sexiest couple in the US, don’t our unknown Indian women deserve a shot at personal happiness?

Can there be not some sort of material agreement that a certain some of money would be paid to her, for her sole use every year? That there would be a house in her name when the children come along or a tenth anniversary gift?

An income for life from a fund, in case of death or (distance?)!

Frankly, I don’t think any parent or bride or couple would even contemplate such a cold thing! It would be like planning on not making the relationship work. But isn’t this akin to those narrow-minded people who do not buy insurance because it can shorten your life that a leading bank had to use a tagline like “May you live long” to sell them life insurance?

With such a myopic and selfish view of self, I cannot see any parent telling a prospective groom that they want him to set aside a portion of his income for his wife’s future security. It would be socially unacceptable, an anathema to future happiness, cold-hearted and calculating?

But is it really so bad? You give away a person in marriage, bound for life, with no recourse in case it turns out be something that she is forced to live with but doesn’t want to?

We have strong laws that allow a woman a portion of her paternal assets, but they are never really shared in reality. Is a prenup really such a bad idea? It can work both ways too you know.

Also read: How Raazi shows what true patriotism is in the time of Jinnah row