Priyanka Chopra vs Ayesha Malik: On war, there can be no 'middle ground'

What's the middle ground between war and peace, exactly? There is none, not even for the most famous celeb.

The event was open to QnAs. And one of the questions hurled at Priyanka Chopra was: “As a Goodwill Ambassador, you are encouraging nuclear war against Pakistan. People like me have supported you in your business…”

Priyanka Chopra tweeted during a time when we were this ???????? close to sending nukes to one another. Instead of advocating for peace she tweeted in support of the Indian army pic.twitter.com/LhbMkOW59v 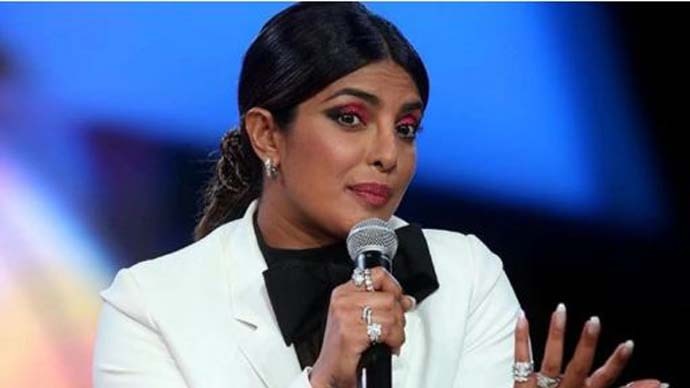 When it's about war: Can there be a 'middle ground'? (Photo: Twitter)

Priyanka kept her calm in the passive-aggressive way a celebrity can particularly when seated on a pedestal.

The episode then adopted various narratives, each according to its own convenience.

A. Ayesha Malik was looking for her two moments of fame.

B. Priyanka Chopra showed us the way to shut down a troll.

C. How Priyanka’s patriotism becomes 'hypocrisy' — while Malala can tweet in support of her country.

D. How Priyanka gaslit a woman of colour on the soil of the United States.

Before these narratives escalate, we must clarify a few things.

She tweeted ‘Jai Hind’ on the day the Indian Air Force attacked a terror camp at Balakot, following a dastardly terror attack on Indian forces in Pulwama.

And praising one’s army is not war-mongering. Ayesha Malik must have missed that.

But Priyanka Chopra should not have missed a vital point either. She could’ve just said: I was not encouraging nuclear war against Pakistan. I was congratulating my army for destructing a terror camp.

She missed an opportunity to come clear with a firm stand.

Then she termed the woman’s question as a ‘vent’.

“I have many, many friends from Pakistan and I am from India. War is not something I’m really fond of but I am patriotic. So, I’m sorry if I hurt sentiments to people who do love me and have loved me. But I think that all of us have a, sort of, middle ground that we all have to walk. Just like you probably do as well. The way that you came at me right now… girl, don’t yell. We’re all here for love, don't yell,” she said.

A few things must be made clear.

Having friends/fans in Pakistan doesn’t make you a Pakistan-sympathiser.

Similarly, being patriotic is not equal to being a (closet/reluctant) war-monger.

And between war and peace, there can’t be a 'middle ground'. You're either for it. Or you're not.

Further, for PeeCee, you and Ayesha Malik are not on the same pedestal. You are a celebrity. You can’t justify walking 'the middle ground' and wishing the issue away because some random woman apparently ‘came at’ you. She was not actually yelling at you either. Her mic was taken away. So, she was being loud just to reach you.

But now that the narrative of 'I don't support war — but....' is prevailing over everything else, Ayesha Malik will certainly enjoy her two-minute fame.

Also Read: Why I am not celebrating Priyanka Chopra's engagement to Nick Jonas