Indian Air Force shocks and awes Pakistan at the crack of dawn! Pakistanis, have you had enough?

We have suffered them long enough. Every time we showed restraint, they took it to be our weakness. But this time, Pakistan pushed us too far. Pulwama has been avenged — in 12 days.

We didn't start the fire

It was always burning

Since the world's been turning

We didn't start the fire

No, we didn't light it

But we tried to fight it

It was dark out at 6.30 in the morning when I walked groggily into the kitchen to make a cup of coffee. As the water boiled, I checked my phone. Even in my sleepy haze, it was clear Twitter was abuzz and something major had happened.

A few minutes later, I was shaken out of my reverie.

Hello, good morning! Pulwama has been avenged. It all started to sink in over the next several hours. Indian Air Force fighter jets had bombed a major terror training camp deep inside Pakistan. Several terrorists were dead. As many as 42 trained Jaish suicide bombers lived at the Balakot terror camp that Indian Air Force reduced to rubble. India Today sources said most of those terrorists were waiting to raid India from the launch pad.

Revenge is a dish best served cold, they say. It does not taste bad with some hellfire from an Indian Air Force jet either.

For decades, India had suffered the lunacy of its neighbours. But this time, Pakistan pushed the button too far. It is New India. And this India does not buckle down to pressure.

Pakistan is hurting. Pakistan is humiliated. The world is now laughing at Pakistan. Only a few days back, Imran Khan had promised his country would hit back if India chose to attack. India went miles inside Pakistan, ripped apart Jaish-e-Mohammed's biggest terror camp and left their military red-faced.

Khan, the Pakistani Prime Minister, wore a leather jacket and a red scarf to a meeting with his army top-brass and looked like a lost child. The man who led Pakistan to glory in the 1992 World Cup did not have any answers to India's audacious airstrike. What do I do, General Bajwa? Help! India is angry. It has bombed us. Help! India is now laughing at us.

What were the bloody Pakistan Air Force jets doing anyway? Where the hell were they? How could Indian pilots run riot in our airspace and get away? They could have even stopped for a cup of tea if they liked.

What do we do now?

Oh, the many questions Imran Khan must have wanted to ask Bajwa and his cronies. But hey, Imran is not allowed to ask questions, is he? I am no expert but can puppets really ask questions? 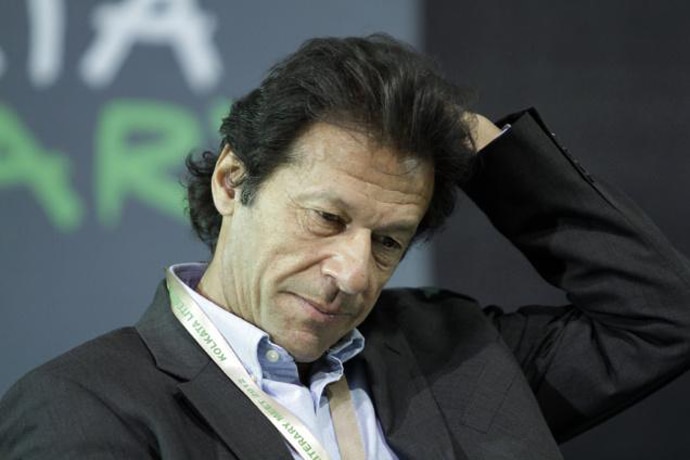 Had enough? Need more? We are happy to oblige. (Photo: Social Media)

It's never a good time to be a Pakistani but this has got to be the worst.

It's always a good time to be an Indian but this has got to be the best.

Thank you, Indian Air Force. May the force be with you.

Pakistan, had enough? Because we have plenty more to offer!

Also read: Imran Khan is talking about elections! Tell us about it!

Post your comment
#Pulwama avenged, #Surgical strike 2.0, #Surgical strike on pakistan
The views and opinions expressed in this article are those of the authors and do not necessarily reflect the official policy or position of DailyO.in or the India Today Group. The writers are solely responsible for any claims arising out of the contents of this article.