Does it behove the dignity of a legislative Assembly to go after an individual?

I have had the occasion to meet Abhijit Iyer-Mitra a few times in Delhi.

I remember one conversation with Abhijit almost a year ago, where we discussed Indian history and history writing. I recall him passionately talking about how the rich history of Odisha, among others, hasn’t been given its due share in our textbooks.

Today, I watch with despair the high drama of him being arrested and denied bail for ‘insulting Odisha’ for a year-old light-hearted Twitter conversation over the origin of rosogolla.

The furore was triggered by his recent video at the Konark temple where he, in his trademark satirical manner, took a potshot at the orthodoxy which today abhors individual freedom and discussions on sexuality, while blaming every ‘ill’ on foreign invasions.

The video might be ‘stupid’, as he himself said before the House Committee of the Odisha Legislative Assembly, but it was neither malicious, nor had the intent to hurt the sentiments of anybody.

But the issue has been blown out of proportion by making it an issue of Odia pride and religious sentiments and it has baffled everyone as to why the whole might of the state machinery and a political party would be brought upon one of the best defence analysts of India?

What is it all about really? Rosogolla? Or Rafale? (Photo: India Today)

Is it because he has staunchly defended the Rafale deal, calling the bluff of those alleging ‘scam’ and spreading falsehood? Or, is it because of some political vendetta where he is being used as just a pawn, as alleged by the opposition party?

Whatever be the reason, the hounding of the carefree and kind-hearted Abhijit will go down as one of the most shameful episodes in the legal and judicial history of India.

Let me say here that the judiciary too has failed to safeguard an individual from the excesses of the executive. The same judiciary, which time and again came to the rescue of those accused of far more serious crimes, even waging war against the state in the name of dissent and freedom of expressions (FoE), has refused to grant bail to Abhijit.

What’s more, the Supreme Court made a worrying remark, while denying him bail, reportedly saying that, “If your life is in danger, what better place to stay than jail?”

This inadvertently gave a free hand to the police and the lower court, which allowed the Odisha police to take Abhijit in on a four-day remand. One wonders what exactly they want to interrogate him for? He has already clarified — and apologised — for the video. Or, do they want him to make some confessions, which may be useful to the political bosses, as several commentators have pointed out?

We must also reflect on the actions of the people’s representative who deemed his comments so serious as to constitute an entire House committee for a trial.

Does it behove the dignity of a legislative Assembly to go after an individual, who is in no position to harm the Assembly or lower its prestige, not by a long shot?

This entre episode was uncalled-for — especially after he unconditionally apologised for all his comments.

Forcing him to come to Odisha after the media ran a demonising campaign raises concerns for his safety. Now, the legislative Assembly and the police must ensure his safety and take a benign look at the matter as well. For I don’t think that his stray comments lowered the prestige of the Assembly or violated its privileges.

But such an action against him is doing exactly that now. 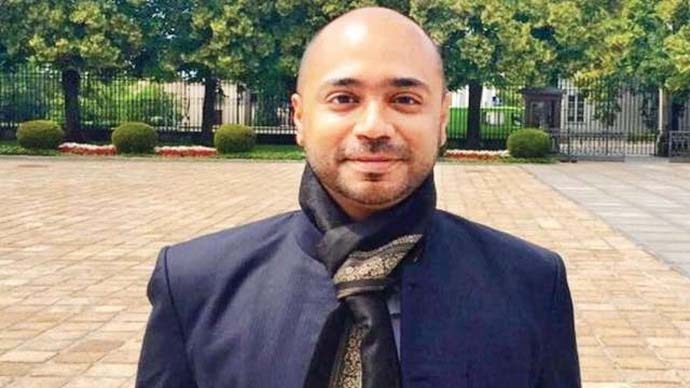 A kind-hearted and affable soul, Abhijit Iyer-Mitra does not warrant such harsh treatment. (Photo: India Today)

I am not a believer in absolute freedom of expression, nor do I base my defence of Abhijit at the altar of liberty.

Absolute liberty and absolute freedom of expression are a route to anarchy.

My contention is that such executive excesses are also a route to anarchy and ultimately cause collapse of the system.

Regional parties in India have time and again proven themselves to be highly intolerant formations running small fiefdoms, while looking for such issues to bolster their public appeal by playing on regional sentiments.

They have no concern for the collateral damage done in their political manoeuvres.

Here, Abhijit is that collateral damage.

Apart from making some unguarded comments, Abhijit has done nothing to warrant his arrest and trial. Many such cases are registered on a regular basis against several people across the country on flimsy grounds. They hardly ever deserve such harsh action like in this case.

One can only hope that the Chief Minister of Odisha, the state legislature and the judiciary will reconsider their positions and put an end to this matter, which has become an embarrassment to the Indian political, legal and judicial system and, of course, to democracy itself.

Once the people and political class rose to the occasion and made imposition of Emergency on flimsy grounds impossible. Now, they are called upon to amend these colonial-era laws to make such future arrests and hounding of citizens impossible, because their current form means that the common people of India live under a permanent state of Emergency.

Also Read: #IStandWithAbhijit: You don’t have to agree with his views to defend Abhijit Iyer Mitra’s right to free speech

Post your comment
#Odisha, #Roshogulla, #Rafale, #Abhijit iyer mitra
The views and opinions expressed in this article are those of the authors and do not necessarily reflect the official policy or position of DailyO.in or the India Today Group. The writers are solely responsible for any claims arising out of the contents of this article.