How reluctance gave way to resurgence for Rahul Gandhi

After "threatening" to take over as the Congress president for a good couple of years, Rahul Gandhi will finally assume the mantle in a few weeks from now. If any leader in the Congress dares to put up a token fight by contesting against the “yuvraj”, it could get delayed by another fortnight or so. But none of the meek and readily acquiescent Congressmen are expected to do the improbable.

I often tend to compare the people who swear by a political party and their leaders to religious folks. Rationality doesn’t matter to them.

Congress followers, however, can be more aptly compared to the subjects of the erstwhile maharajas who saw divinity and godliness in their kings and royals. Speak to any Congressman or Congresswoman and you will sense their reverence for the Gandhis. 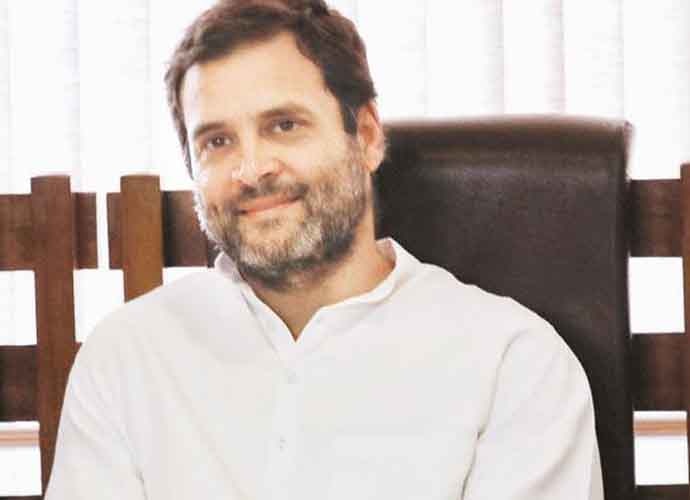 It could be a combination of many things; "good looks", leadership ability, conduct and many more. But the fact that a fifth generation Nehru-Gandhi, and sixth in number, would become the Congress president is indeed remarkable.

In fact, the love and respect commanded by Rahul Gandhi is a direct result of the good work done by his ancestors, who were lucky enough to steer the largest political outfit in the country that is also synonymous with the freedom struggle.

After attaining Independence, Mahatma Gandhi wanted to disband the Congress party. Almost 70 years ago, on January 28, 1948, one day before he was shot dead by Hindutva fanatic Nathuram Godse, Mahatma Gandhi had written a new draft constitution for the Indian National Congress which stated that "the Congress in its present shape and form, as a propaganda vehicle and a parliamentary machine, has outlived its use".

The Mahatma wanted the party to "disband the existing Congress organisation and flower into a Lok Sevak Sangh" with a 10-point programme for village upliftment.

He wanted the Congress to grow beyond a political party that existed merely for parliamentary power, and instead wanted it to metamorphose into a movement, like the one that preceded Indian independence. But that was not to be.

Many Englishmen, I met during my college days in the United Kingdom, were under the distinct impression that the Nehru-Gandhis are the direct descendents of Mahatma Gandhi. True, it was Mahatma Gandhi himself who was responsible for the creation of this dynasty in the first place. Still, the Mahatma cannot be faulted for nominating Jawaharlal Nehru as the candidate to govern India at the dawn of Independence, overruling the wishes of many Congress delegates who wanted Sardar Patel or JB Kripalani to be the PM.

Nehru was a democrat and despite Indira Gandhi getting a one-year term as Congress president in the late 1950s during Nehru’s term, he never intended her to be the "first among equals" after him.

It was Indira Gandhi herself, whose birth centenary was marked just a couple of days ago, who went about casting the party in her own image and built a cult following. She ensured that the Congress became synonymous with the Gandhis.

It was during Emergency that Indira Gandhi chose to do the unthinkable by nominating her younger son Sanjay as her successor. But a freak accident (Sanjay Gandhi died in a plane crash) in 1980 after Indira's resounding win earlier that year led to the reluctant Rajiv Gandhi’s accidental stint in politics.

Rajiv Gandhi’s term did no harm to the cult of the dynasty and, in fact, further consolidated it. The desertions and multiple splits in the party after PV Narasimha Rao’s term as prime minister and Congress president, ensured that Sonia Gandhi would also reluctantly take a plunge into active politics.

It is another matter that even as a grieving widow in 1991, the sycophant Congressmen wanted her to be the prime minister and party chief as documented by Rashid Kidwai in 24 Akbar Road.

Finally, in 1998, after the unceremonious dumping of Sitaram Kesari as party president, Congressmen got their wish to see a Gandhi at the helm again after a seven-year break. Although an ambitious attempt to dislodge NDA prime minister Tal Bihari Vajpayee within a year didn’t turn out to be successful, Sonia Gandhi delivered an unlikely win for the party in 2004 by stitching up alliances. When everybody expected Sonia Gandhi to stake claim to the Prime Minister’s chair, she shocked them all by heeding to her “conscience” and nominating the mild-mannered Manmohan Singh instead.

Once again, it wasn’t surprising to see accomplished political leaders clamouring for a novice Rahul Gandhi to be made the prime minister if Sonia had to yield to her conscience.

Rahul Gandhi didn’t take to politics like duck to water. Instead, Rahul seemed at pains to come to terms with his responsibilities and appeared reluctant to hold an office. In 2007, he became the general secretary in-charge of the Youth Congress and made some attempts to democratise the organisation.

In 2009, the Congress came back to power on the back of Manmohan Singh’s brave decision not to back down on the Indo-US nuclear deal. The 21 seats won by the party in Uttar Pradesh were, however, credited to Rahul Gandhi’s account. 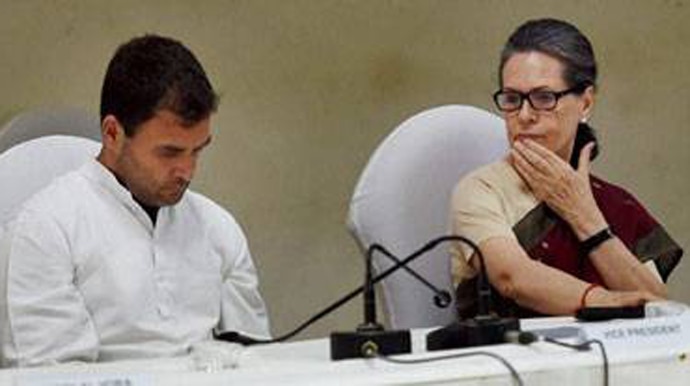 In 2011, when Sonia Gandhi was hospitalised in the US, Rahul was one among the four people left with the charge of overseeing the party affairs in her absence. It seemed the baton was going to be passed on to the heir apparent shortly. But a combination of Rahul’s reluctance and the massive setback in Uttar Pradesh Assembly elections in 2012 forced the party to abort it. Finally, in the Jaipur AICC session in early 2013, Rahul was made the vice-president of the party, to cement his position as the virtual the number 2.

An absolute thrashing received by the Congress in the 2014 General Elections surprisingly led to no churning in the party. Although internal elections were supposed to take place in the Congress by the end of 2015, it was delayed by another couple of years to finally set the stage for Rahul Gandhi’s ascension.

It was left to the likes of his father’s aide Sam Pitroda to create a favourable momentum to precede the event. In September, Rahul Gandhi made an impression at Berkeley, speaking clearly and articulating his views rather assuredly. It was always known that Rahul spoke much better in English compared to Hindi. A hostile press and long-running social media jokes had made it seemingly impossible to come out of the "Pappu" image. In June, Rahul had asked Motilal Vohra to expand the social media team’s budget from a paltry Rs 20 lakh to Rs 5 crore every month.

Slowly but surely, an image makeover became a reality due to a combination of factors, besides Rahul’s own enthusiastic campaign in Gujarat, where he is leading the charge from the front.

On the cusp of taking charge as the Congress president at long last, one thing has to be given to Rahul - despite all the hiccups along the way, he never ran away like King Edward VIII of Great Britain in 1936. Though it is another matter whether he turns out to be someone like a King George VI, who overcame his verbal handicap to lead Britain to a victory in the World War II.

When a party operates like a monarchy as the Congress does, this should be a befitting comparison.

Also read: Why Rahul Gandhi is not appealing to Muslim voters in Gujarat or talking about riots