I was hoping against hope that Rahul Gandhi would keep quiet about Garui Lankesh's murder. No, he didn't.

Why would he forgo an opportunity to walk into the trap? (Never mind, by whom).

He had nothing to say. But he had to say something. (Why so, it's hard to guess) So he said what a suckling babe knows. No more… But those who were more than suckling babes were waiting for him to commit this blunder they knew he would…

In the aftermath of Lankesh’s brutal killing, the Congress leader said that the incident seemed linked to "BJP-RSS ideology".

Well, you could allege that I am harsh on him. Let me tell you why I believe I am not.

I agree with you that he spoke because of his eagerness to ensure that the assassins are brought to book.

Sure. In that case, what Rahul did was precisely what he ought NOT to have done. What he should have done was simple. Here it is… Rahul did precisely what he ought not to have done.

Karnataka is under Congress rule, isn't it? Rahul is the vice-president of the Congress, isn't he? All he should have done was to take up the phone and dial Siddaramaiah in Bengaluru, the Congress chief minister of Karnataka, and asked him to crack the crime, fixing a deadline.

Rahul could have said his piece after this was achieved. He could have spoken with authority and safe from ridicule.

We do not know who Rahul spoke to. We only know what he said. And that was rather stupid. Why stupid?

From how the situation has been twisted and reconfigured, after RaGa rushed in, it is fairly clear that he offered the perfect diversionary fodder that those who would have been embarrassed, had the spotlight on this barbaric murder remained on investigation and the unearthing of the truth behind it. (You could tell me, that it is rarely ever that truth comes out on such events in this country. You could be right. But we can't take stands in public on utter cynicism.)

The moment RaGa got into the fray, the focus shifted from the assassins and the ventriloquists behind them, to him and to how many journalists were killed during the Congress regime, and how incompetent the Congress dispensation in Karnataka has been and… anything else, you can imagine. The truth about the event was lost in the dust storm of accusations and counter-accusations, which was music to the ears of those for whom this proffered a virtual bail out.

Rahul cannot hide under the alibi, "Well, I did not know it would turn out in this fashion. No, my masters, ignorance is the one alibi that will not wash in this instance. Because this is the only pattern we see from day to day, all round the year. 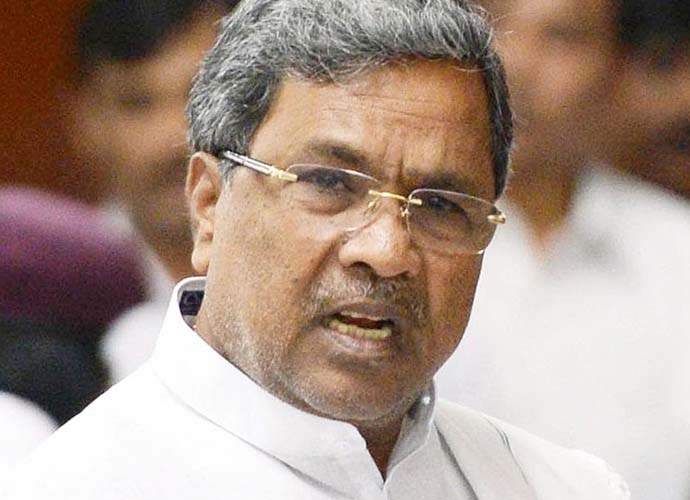 All Rahul Gandhi should have done was to take up the phone and dial Siddaramaiah in Bengaluru.

An embarrassing incident happens for, say, party B. A talk-show materialises precipitously. Party C cries foul against Party B's misdeeds. Party B is unfazed. It gives it back the allegations with interest, "Look, who is talking! Have you forgotten scams a, b, c, d, e, f, g, h…when you were in power? The rest of the programme is on the venal atrocities practised by Party C from the time of the great, great grandfathers of the present sheep of Party C.

The audience forgets the allegations with which the programme got underway.

Have you seen a single exception to this pattern, in several years? Well, I haven't. And you tell me, "Poor Rahul, how could he know this was going to happen?"

It is high time we learnt to let the concerned agencies do their work, without let or hindrance.

Surely, we vitiate investigations if we know in advance who the culprit is and why he committed the crime, who his godfather and grandfather are, and so on.

If Rahul could not prevail on his Congress chief minister to shore up the law and order situation in the state - even now the murderers of Kalburgi are at large - what moral right does he have to confuse the public by stating what the common man knows like the back of his hands?

Any wonder, if Mamata Banerjee feels that she cannot work with Rahul?

Also read: I met a BJP sympathiser and she thinks the party is secular