Rahul Gandhi and the many strengths of a ‘weak leader’

History betrays a sense of humour when it makes the weakness of a man mightier than the strength of his adversary.

What is Rahul up to? Or, as his detractors would say, what’s he up to, in spite of himself? Fair enough. The important thing is that he is up to something — and it is making a difference. Your significance is measured by what you are up against. (Photo: Reuters/file)

Your significance is also indicated by how bitterly you are opposed, how obsessively you are ridiculed. But those who ridicule you are ignorant that what they ridicule is necessarily different from the person ridiculed.

This is easy to see. If you are providing a photographic description of a person, you are not ridiculing him. A cartoonist, in contrast, distorts one of the features of, usually, the face of the person caricatured. It is his significance that invites the caricature.

The satisfaction derived from vilifying and ridiculing someone lies precisely in the fact that the distorted image is quite different from the person concerned.

So, if Rahul is ridiculed as Pappu, the common man reads a little more into it than what his mockers want him to. He knows that if Rahul were only a Pappu, no one would have bothered to ridicule him. It is a waste of time and breath to call a Pappu, Pappu.

So, Rahul has become significant. So significant that he has to be attacked and degraded relentlessly. But what is that significance?

It is too early to say if Rahul will serve as an effective rallying point for the proposed mahagathbandhan. But something at least is clear enough. We can say with absolute certainty that he is playing a role of rising significance on the national stage. Rahul is filling a major vacuum.

Rahul is now endeavouring to embody what Narendra Modi is not. That is to say, he has emerged as a point of implicit resistance to Modi.

If Modi is the war horse pulsating with power, Rahul is content to be the genial neighbourhood stallion who wouldn’t grudge you a friendly ride.

If Modi allegedly wants to rid the country of Opposition parties, Rahul claims to string them together and enable them to survive the 'hour of peril'. If Modi is the war horse pulsating with power, Rahul is content to be the genial neighbourhood stallion. (Photo: Reuters/file)

If Modi, as some suggest, puts all his eggs in the oceanic baskets of corporates, Rahul would rather distribute them among the farmers in distress and the youth of India languishing in unemployment, he claims.

In lieu of a climate of rising intolerance, Rahul proposes an outlook of hospitality — hospitality also to those who differ and disagree.

If Modi seemingly wants to walk ahead, to be followed by worshipping masses of people, Rahul is apparently content to be a fellow traveler, free enough to break the protocol and oblige you with a hug, if you are game for it.

A democracy is only as hitched to good governance as its Opposition parties are able and willing to hold it to account. Human progress happens when opposing forces engage with each other.

A society ridden by a single, overpowering leader commanding an overwhelming majority, with no effective opposition, is sure to lose its momentum. This happens for a variety of reasons.

The leader in a democracy, in the absence of effective opposition, begins to develop illusions of invincibility. His cronies and hangers-on surround him with an ambience of omnipotence. After a while, he begins to believe that he is indeed what they say he is. This happened to Alexander the Great. He perished in quick time. The corruption of power caught him by the throat. 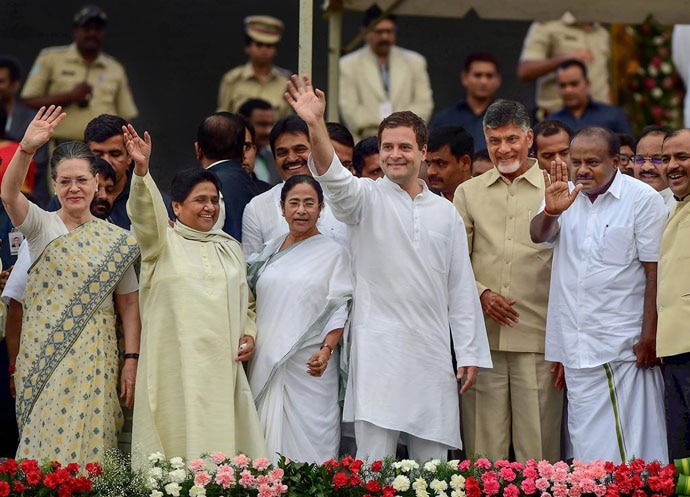 Rahul is apparently okay being an equal, not the first among them. (Photo: PTI/file)

In the absence of effective opposition, a leader armed with unlimited power tends to reduce the complexity of governance to a series of sweeping and reckless measures and adventures. He begins to be scornful of consequences, mistaking it for bravery.

I am fairly certain that Modi would not have launched into the demonetisation fiasco, but for his seeming presumption that the Opposition parties would not be able to hurt him on this count. There was no Opposition then!

The tragedy of a society of a monolithic political structure is the wasting of its creative and intellectual vitality. The deepest potentials of human beings are activated through the tension generated by competing forces that resist and oppose each other.

Struggle, not inertia, is the sign of vitality. The strings of a violin yield music only if they are adequately keyed up. The tension of the strings is the counterpart of democratic opposition.

Only the willfully blind will fail to see a sea-change in Modi’s outlook and Amit Shah’s strategies in the wake of Rahul’s emergence. And no one will doubt that it is a change for the better.

All the same, leaders of some regional parties have their reservations regarding Rahul’s leadership. Ironically, this is more due to the insecurity they have developed since 2014.

The predicament of these parties — TDP is a classic case study — deserves a sympathetic understanding. They are damned if they ally. They are damned if they don’t. Chandra Babu Naidu pulled out of the NDA, I think, not because of the denial of special status to his state. That was, in my view, the excuse. He pulled out apparently for fear of his party becoming extinct, if he tarried. 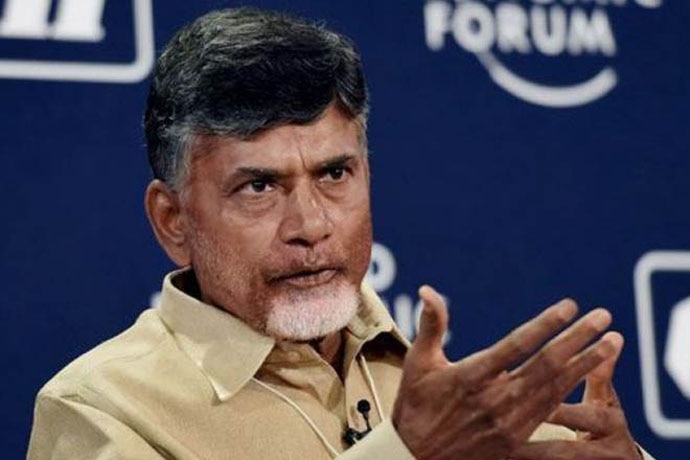 Many in the Opposition camp have reservations in accepting Rahul as the mahagathbandhan PM choice. (Photo: PTI/file)

Most regional parties bracket the BJP and the Congress together. Perceiving them to be equal threats, they wish to be equidistant from them. They are not yet ready to buy into the studied contrast to Modi that Rahul is crafting, offering himself as a contrasting, reassuring alternative.

Apprehensions persist. No regional party wants either the Congress or the BJP to become a colossus large enough to crush them, which is understandable.

But, if Rahul is taken on face value, he is no colossus. Apparently, nor does he want to be. In this sense, the BJP is doing Rahul a good turn by making him out to be a naïve, harmless Pappu. The regional parties, given their existential angst, are likely to be more comfortable with this harmless Pappu of Indian politics than with the fiery, imperious potentate who occupies dizzy heights of power, like the thunder-bolt-hurling Zeus on Mt. Olympus.

History betrays a sense of humour when it makes the weakness of a man mightier than the strength of his adversary. Some battles in the past have been lost also through strength.

Mercifully, it is not too long a wait to know whose turn it is going to be next — the turn of strength or the turn of weakness.

Also read: Why the government should worry about the warning signs of anti-incumbency