Happy Birthday, Thalaivar Rajinikanth! Here's why I think this is one of the most humane film stars today

Rajinikanth: An actor, a philanthropist and a humanitarian who has his feet firmly on the ground.

Months after Padayappa was released in 1999, my father and I (who differ on our perspectives on almost every issue under the sun) went and got a VCR and the videocassette on rent, and played the movie every night (after 10 p.m. since the rest of the family would be annoyed) for two weeks till we had to return the cassette.

By the end of the fortnight, he and I could converse cryptically with the punch-dialogues that Thalaivar — Rajinikanth — throws around in the movie.

As a Tamilian born and raised in Delhi, my parents were very particular that I imbibed every part of Tamil culture — from speaking, reading and writing in chaste Tamil, long TAMPCOL-oiled hair in two firm plaits and the magical scent of strings of mallipoo (jasmine) and kanakambaram (Crossandra infundibuliformis) in those plaits, Carnatic music, and of course, Rajinikanth.

Or, as my cousins taught me to deferentially address him — Thalaivar.

As years caught on, so did the rebellion. From Tamil, I switched to English (we still speak Tamil at home, don’t worry), the long two-flowered plaits were chopped in favour of a shorter hairdo and Carnatic music got restricted to listening to TM Krishna with my headphones on.

But one thing that has not changed — and will not change in the foreseeable future — is the love for Thalaivar.

My father (from the reminiscences of the former generation) tried correcting me to call MGR Thalaivar, but to no avail. The pecking order in my household then evolved. Today (as it was since his boyhood days), my father is an MGR fan (and has a secret crush on actress Savithri), my mother gushes over Gemini Ganesan, and for me, it is Thalaivar all the way (with a fair share of Sivaji Ganesan).

As actor Vikram very rightly summed up the popular sentiment during a function in 2003, “One sun. One moon. One superstar” and comedian Vivek supplemented, “Yesterday, today and tomorrow — there can be only one Superstar on the throne.” Such is his fanfare that in the 1995-film Baasha, lyricist Vairamuthu summed up the sentiments of the masses thus:

That loosely translates to:

When you smile, that smile becomes stylish

The Tamil you speak is stylish

You are the only one with a unique style

As a fan of his style, I can write reams and reams about why Thalaivar rocks. However, as I added more revolutions around the sun, I started (or at least tried to) observe him more impassively. From his zero makeup policy for public functions, being comfortable enough in his skin to not wear a wig to cover his baldness, the humility with which he responds to being deified by his fans, and eventually, his sheer humanity.

Sample this: When Vikram and Vivek extolled him as the only Superstar, Rajinikanth himself has been very modest about the moniker. “The tag ‘Superstar' is just like any other post — Commissioner, Collector, DIG, Chief Minister, Prime Minister. It is limited for a specific period and then it expires. Who is a Superstar? Whoever wins the heart of the people, whoever makes sure that collections are good, whoever gives one hit after another. There should be more Superstars,” he chided the younger actors on that very stage.

Since it was the 125th-day success celebrations of Vikram’s movie Saamy, Rajinikanth ensured the spotlight remained on Vikram. “Oru Saamy, Rendu Saamy, Moonu Saamy, Naalu Saamy, Anju Saamy... Aaaaru Saamy,” he tried to imitate Vikram, driving the crowds to a frenzy. Vikram fans wanted their hero to garland Rajnikant, he politely received the garland in his hands and put it on Vikram. If that does not show his humility and modesty, I don’t know what would. 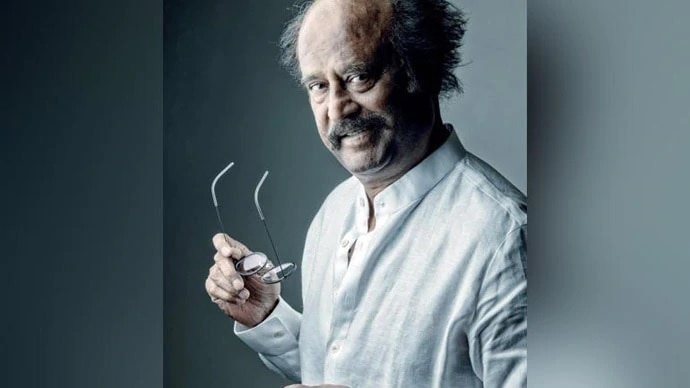 The man is what you see: No wigs, no make-up, no pretences (Photo: India Today/ Bandeep Singh)

On hot summer days when journalists would be waiting outside politician J Jayalalithaa’s house — Rajinikanth’s next-door neighbour — for hours at a stretch, an attendant from Rajini’s house would come, bearing trays of buttermilk in glasses. If asked, he would point at Rajini’s house and say, “Ayya kodukka sollirkaaru. Veyyilaa irukudhulla.” (Sir has sent this. It is very hot, right?)

A small gesture that, to me, stands as a testament to his empathy.

It is no secret that Rajinikanth rose from humble beginnings — born as Shivaji Rao Gaekwad in a Maratha family in Bangalore, lost his mother when he was 9, had to support himself after school by doing odd jobs as a coolie and a carpenter in Bangalore and Madras (now Chennai), then ended up being recruited in the Bangalore Transport Service (BTS) as a bus conductor, acting in stage plays alongside. It was then that he came across an advertisement issued by the newly-formed Madras Film Institute (now known as Adyar Film Institute) which offered acting courses — a decision that his family completely disapproved of. After all, the family was on hand-to-mouth subsistence, and one earning member losing his employment, worse becoming a financial liability, was unthinkable.

This is when his friend and driver at BTS, Raj Bahadur, motivated him to join the institute — and financially supported him during this phase.

During the course at the Institute, ace director K Balachander spotted him, and the rest is history, as the cliché goes. 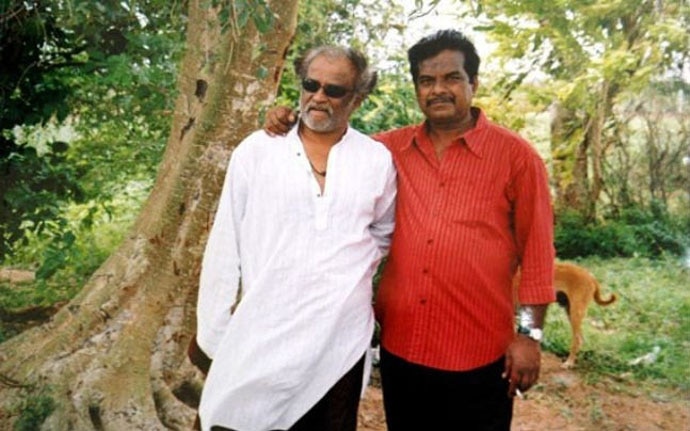 However, what might not be known to many is that Rajini is grateful to Raj Bahadur, and visits him in Bengaluru every now and then. In a world that does not acknowledge one’s own parents when success and money strike, Rajini sends Bahadur a messenger whenever he is in town — Bahadur does not carry a cell phone to date. “Another friend — Raghunandan and I are the only ones whom he calls. We always keep his visits a secret and generally meet him in his flat or the hotel where he stays. When we feel like going out, he puts on interesting disguises, and we go out. It is difficult even for me to identify him then,” Bahadur has reportedly said in press interviews.

It does not stop with this anonymous acknowledgement of gratitude. When Rajinikanth — at the peak of his career — built a marriage hall in Chennai, he invited the entire galaxy of Tamil cinema and politics for the inauguration. He announced at the function that someone very dear to him would do the honours of inaugurating it. “While everyone looked expectantly that some political heavyweight or a glittering star would come, Shivaji asked me to come up on the stage and inaugurate the ‘mandapam’,” Bahadur says.

In many interviews, Rajinikanth has openly acknowledged that he owes his career, and his grip on reality, to his friends from his pre-cinema days. Bahadur is guest of honour at every function in the Rajinikanth household, and Rajni has personally attended every event in the Bahadur household.

Most of Rajinikanth's philanthropic activities have gone unpublicised because that is the way he has wanted it. Small instances that are sniffed out, however, bear witness to his magnanimity. For instance, after the waters receded during the Chennai floods in December 2015, the Tamil Nadu government had roped in sanitary workers from across the state to clear the garbage accumulated during floods. There was no proper accommodation for the stay of these sanitary workers. This is when our man stepped in and threw open the sprawling marriage hall he owns in Chennai for accommodating the sanitary workers. Mind you, this is one of the most sought-after marriage halls in Chennai.

One does not know how successful he will be as a politician.

One does not know whether he might decide to quit films.

However, one knows for sure that here is one of the most humble, modest and humane stars in the cine-world.

Happy 67th, Thalaiva! As is the traditional wish in your beloved Tamil mannu (soil), I wish pallandu pallandu pallayiraththandu, pala kodi nurayiram aandu nee vaazhga — May you live with abundant prosperity for many countless years to come.

Your fame and name certainly will!

Also read: Rajinikanth’s 2.0: Will it make or mar his political future?