What the Ramzan killings of Shujaat Bukhari and Aurangzeb prove

The brutal murders demonstrate the extent of indoctrination of the radical elements.

The most cowardly killing of senior Kashmiri journalist Shujaat Bukhari and two of his Personal Security Officers (PSOs) on June 14, ahead of the holy festival of Eid ul Fitr, has dealt a severe blow to any chance of peace in Kashmir that was being hoped for. The very spirit of the holy month of Ramzan has been dented with the murder of an innocent civilian who always advocated peace. As if this murder were not enough, Aurangzeb Khan, a Kashmiri soldier belonging to the prestigious Rashtriya Rifles, was abducted on June 13 and mercilessly gunned down by the terrorists the following day. The young army man was heading to his hometown for Eid celebrations.

It is assumed that the terrorists follow the same faith as their targets but didn’t have the slightest “fear of God” before committing the murders.

The modus operandi of the killings made it amply clear that the perpetrators were well-trained, proficient in handling arms and other elements of tradecraft used by agencies like the notorious Inter Services Intelligence (ISI). It is also being speculated that the ISI itself — in conjunction with the dreaded terror outfit Lashkar e Toiba (LeT) — is behind the killings, as it obviously does not want Kashmir to return to normalcy or Kashmiris to enjoy a peaceful life.

The terror handlers should have spared a thought for Ramzan. It’s well-known that terror manual dos and donts don’t suggest that innocent lives must be spared. Yes, intelligence tradecraft is bereft of niceties or values but vitiating of the festive spirit with violence and hatred is most lamentable. 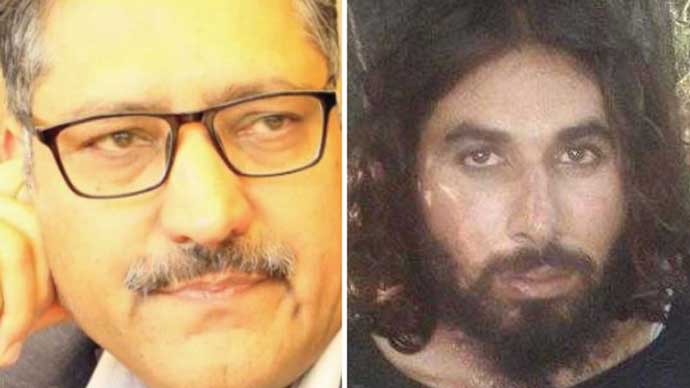 It’s not that fatalities were witnessed only in Kashmir in the holy month of Ramzan. Those fostering religious extremism marred other places in the world too with sheer thoughtlessness and by paying scant respect to religion.

In the first week of June, Indonesia’s Surbhaya saw bold terror attacks — with blasts rocking churches, killing 13 and injuring several others. It was appalling that a few children too were used for bombing operations. The extent of intolerance has hit rock bottom, with perpetrators showing absolutely no sign of remorse during Ramzan.

Incidentally, in neighbouring Malaysia, ready arrangements were made by the radicals to strike, but they were not successful — thanks to the timely intervention of security agencies which led to multiple arrests.

Yet, it demonstrates the extent of indoctrination of the radical elements who have shown no respect for their religion and continue to abet communal violence. This was southeastern Asia.

Meanwhile, in Somalia, the al Qaeda-linked terror group Al Shabab dug up football fields as a mark of protest against sport enthusiasts in Shirkole near capital Mogadishu — again when Ramzan was in full swing.

Hundreds of youths in their colourful jerseys, happily kicking the football, especially in the run-up to the World Cup, would no doubt have been shocked by the actions of the ultras. Their dreams were shattered. Now it’s a question of rationale: What have these innocent football aspirants done to deserve the wrath of the terrorists?

It seems guns have fallen silent in Iraq, but no. On June 7, in the final weeks of Ramzan, 16 people were liked and 35 sustained grievous injuries when a set of twin explosions were carried out near a Shia mosque in Sadr city district.

The mosque is frequented by supporters of Shia cleric Muqtadas Al Sadar, who won many seats in the recently-held elections in Iraq.

Now that the holy month of Ramzan has concluded, the perpetrators must introspect how their acts dampened the spirit of the festival and perhaps avow to refrain from such mindless violence — and that will be a true tribute to the great religion which does not preach hate.

At this juncture, it is for religious leaders to come forward and make a fervent appeal for peace and restraint — to make the world a happy place to live in and let live.

Dr Zakir Naik, are you listening?

Also read: A few truths about Kashmir crisis that Twitter trolls don't get

Post your comment
#Aurangzeb khan, #Jammu and Kashmir, #Shujaat bukhari
The views and opinions expressed in this article are those of the authors and do not necessarily reflect the official policy or position of DailyO.in or the India Today Group. The writers are solely responsible for any claims arising out of the contents of this article.