"They have made this such a big issue. People have committed bigger crimes, and nothing has happened to them. In Barabanki, after the rape, her eyes were taken out. Sometimes they put acid on girls. There was another rape when they burnt her alive. Wasn’t that wrong? If ours is wrong, then that was wrong, too."

On May 5, the Supreme Court decreed that Mukesh Singh and other co-accused in the 2012 Nirbhaya gangrape would be hanged to death. Almost everyone celebrated the verdict, stating that such "monsters" deserved to die and that finally Nirbhaya had been avenged.

Those convicted in the Nirbhaya case didn’t really have a chance at defence, and one might argue that they didn’t deserve it either. It is true that the Nirbhaya case was made a “big issue,” so much so, that it led to a series of steps aimed at guaranteeing women’s safety. Fast-track courts were installed, rape laws were amended and the archaic two-finger test was banned.

The case also brought the conversation of rape into civil society. For the first time, it was not only activists out on the street, but also families, men-women, fathers-daughters, protesting against an unjust system that didn’t allow girls the basic right to agency. It was also one of the very few cases where there was no victim shaming from the general public.

The fact that it happened on a bus at the acceptable social hour of 9pm in a posh South Delhi locality and not some obscure village of UP or Haryana, hit too close home. The circumstances were a little too relatable and when one recalled the brutal bestiality of it, it made one physically cringe.

Never before had India witnessed a rape so violently gruesome in the National Capital Region. The outrage which followed was proof enough of how deeply it had affected the collective psyche. Therefore the death sentence five years later was seen as a natural consequence of the crime.

"The death penalty will make things even more dangerous for girls. Now when they rape, they won’t leave the girl like we did. They will kill her. Before, they would rape and say, 'leave her, she won’t tell anyone'. Now when they rape, especially the criminal types, they will just kill the girl. Death." — Mukesh Singh 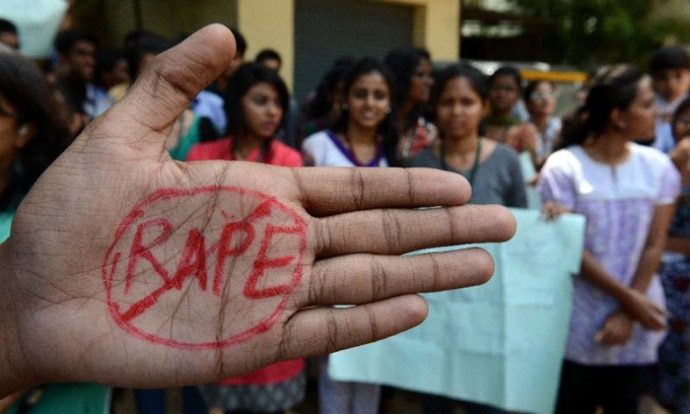 But there is another thing that happened after Nirbhaya, which was a little insidious — sexual violence and rape became normalised.

For a moment after the Nirbhaya case, it felt that India was on the brink of something. In the early months of 2013, the atmosphere was so charged that one could dare to be certain that we as a country would attempt to address our crimes against women and maybe even overcome them in some way. But the idea was short-lived. Like all collective memories, this one too was eventually forgotten in the face of everyday life.

But since it was traumatic and a first, it triggered enough to make some changes that are worth acknowledging, like removing the element of shame from the word rape.

Since 2012, there has been an increase in the number of rape cases reported. According to a senior in the home ministry, each day, the police registers at least 50 cases of crime against women, out of which four are rape cases.

But there is another thing that happened after Nirbhaya, which was a little insidious — sexual violence and rape became normalised. Somewhere along the line, despite all the talk about rape culture and crime against women, India became desensitised to the news of violence against women and it literally stopped caring, especially about rape.

I remember bursting into the newsroom to talk about story ideas, and deep sighs of impatience that each idea evoked. Sometimes there would be stone-cold silence. Finally, I was told to, “get over it and look for happier stories".

Ever since 2012, there have been only two rape stories that I have been allowed to cover on assignment, one was in 2013, a woman had burnt her rapist in Madhya Pradesh, so it made for an exciting account. The other were the double murders in Uttar Pradesh, where two girls were found hanging from a tree (rape was initially suspected) because it was so violently brazen.

This is a country where a woman is raped every 15 minutes and a crime against a woman is committed every two minutes. Yet the general public seems to have had it with rape and sexual violence, somehow all the discourse on the subject seems to have tired most or lead them to accept it as a gruesome fact that they don’t want to, but must live with.

“Frankly speaking, it’s just too much now. Not only is it depressing, but I feel helpless, what can we do about it?” says Sharmistha Ganguly, a 29-year-old.

"It’s not as much as ignoring, as it is being in denial. “Every time I read the word rape, my eyes just glaze over, I don’t even bother reading the news reports anymore,” says 32-year-old Kirti Handu.

Add to this the fact that the Nirbhaya rapists are going to be hanged and the satisfying feeling of being avenged as a society is hard to shake off. Never mind the fact, that right on the heels of it, there have been three separate incidents of rape.

From a woman being raped and thrown out of a car in gurgaon, to a 10-year-old being impregnated by her step father who raped her, to the case where a woman was gang-raped just 66 kms from Delhi. The 22-year-old was picked up from near her home in Sonepat and taken to the neighbouring city of Rohtak where she was gang-raped. Her face was then smashed with bricks so that she wouldn’t be recognisable. She was also run over by a car before her body was found abandoned in an open field. When her body was found, dogs were trying to eat her remains. She had iron wires inserted in her mouth and her internal organs and genitals were damaged beyond recognition. The girl worked in the packing department of a pharmaceutical company and was on her way home from work when she apprehended and dreamed of becoming a doctor one day.

She was the same age as Nirbhaya and even suffered the same fate. But the reactions that their deaths have triggered have been completely different. Barring initial news reports on the details of the crime, there has been little outrage over this gruesome act of violence.

Yes, Congress president Sonia Gandhi did express “deep shock,” over the incident and Twitter did use the #AurkitniNirbhaya for a brief moment (after the gurgaon case). But the general public has largely remained apathetic.

Where are the guttural cries for safety and people brought together by the common concern for their girls? Where is the spontaneous call for a movement? We must ask ourselves why we find ourselves shrugging and moving beyond this piece of news like it’s an everyday phenomenon.

Why is it not playing on our minds and making us sick with rage? Is it because we cannot relate to this abduction, murder and rape because it did not happen in a city? Or is it because the victim was not a middle-class girl? Or is it because we have seen too many cases like this lately and one cannot go on a protest each time a rape happens? Or are we simply getting used to it. Used to the idea that we live in a country where women’s bodies are routinely plundered in increasingly gruesome ways?

Or is it simply because we don’t know what to do, especially when “justice”, more so our collective idea of justice isn’t a deterrent for this violence?

How gory will a crime have to be before we finally register and jump into action? And what does real action imply anyway?

Are we just going to pretend that India has solved its rape problem by averting our gaze and proclaiming, "hang the rapists"?

Also read: Rohtak rape is a double slap on the face of 21st century India