We are all living inside a rape story

It's not science fiction and it's not the nation's growth story. It's the rape story we are all living inside of.

In this rape story, your female/male/trans body is owned broadly by the state but specifically and practically by your father, and next to him, your elder brothers, and next to them, your uncles and your younger brothers. They decide who to hand over your body to. This new person now has rights to access your body, its seed and its fruit.

Sometimes money exchanges hands in this story. The new owner of a female body takes money in addition to control over your body because he will now have to feed, maintain, clothe your body. Because its old owners have paid heavily and are unlikely to get back what they paid, they no longer want to take responsibility for your body should you return, broken and fearful.

In this rape story, there are rapists but some of them are designated defenders of public law and order. And there are victims but it is imperative that they not be called rape victims, else the rape would have to stop. So the victims are called public enemies.

This is vital in order to ensure the stripping off of their clothes, the kicks to their groins, the stones and sticks thrust into their bodies, whip lashes on their haunches and legs, electric shocks to their private parts, their damaged nerve endings, their never-mending fractures, and other inventive humiliations such as the forced ingestion of faecal matter and urine, and the photographing and filming of all this so that the humiliation is made eternal and the prospect of future dignity near-impossible. 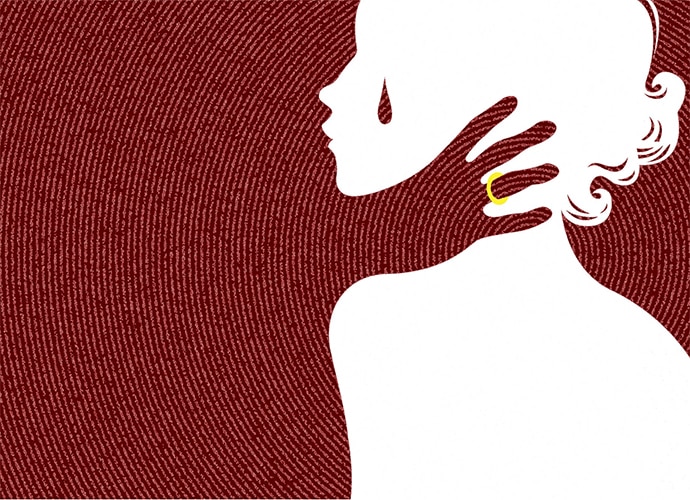 In this rape story, rapists can retire and live comfortably on public money, some of which also comes from the victims themselves, their families and communities.

In this rape story, a court of law can decide whether or not two bodies who have met are locked into a rape like scenario, even if the two bodies themselves have screamed themselves hoarse that this is not rape but love.

In this rape story, a body ceases to be a child-like body if its owners have bartered it away too soon to whoever would take it.

In this rape story, the name of romantic/sexual love is overwritten with rape, and in the name of familial love, rape is offered on a platter decorated with symbols of divinity and all the holy blessings mother earth bestows such as grain, sugar, turmeric.

In this rape story, a court of law – and the state with all its given power and resources – cannot give a safe refuge to a body fleeing rape. Such bodies are always returned to their owners with the tacit knowledge that they will be bartered or destroyed.

In such stories, it is also essential that ideas be propagated about body worth in such a manner that the body always has the least control over what is done to it. Ideas such as how the value of the body decreases with use, rather than increases. Ideas such as how the body is fickle and greedy and deserves to be punished further if it has been hurt in the past.

There is no word for the pain of smiling for photographs after having survived violence and pain in some room of the house. In this story, the fact of having stood beside your rapist and having smiled into the camera cancels out rape.

Force is the pinnacle of aspiration in such stories. To reject the wishes and desires of one body, or a state of bodies, or the greater majority of bodies in a nation, is seen as glorious. To impose upon another's body the wishes of a handful of bodies that have acquired money enough buy off the bodies of other service providers, is seen as glorious and morally correct.

In this story, rapists occupy positions – they manage businesses, sell bouquets, guard apartment complexes, melt steel, run city councils and state departments. It is assumed that businesses would not run, homes would not be guarded, steel would not melt and states would be ungovernable were rapists not permitted to do what they do.

It is assumed that victims are dispensible for they run nothing and own very little. They are needed to make new humans, but that purpose can also be achieved via rape and thus, this story continues.

All these stories are told and retold, and enacted and reviewed every day, everywhere. These stories sometimes nauseate their listeners, and often their tellers. But these stories are never nullified. Thus, a rape culture is constructed that we all live inside of.