There is an attempt to claim privacy for assets of public servants, performance records, allowances, educational qualifications, decisions taken by them, etc.

A nine-member bench of the Supreme Court is presently considering whether privacy is a fundamental right of citizens.

It is also a fact that an eight-judge and six-judge bench of the Supreme Court had clearly come to the conclusion that the right to privacy is not fundamental.

The eight-judge bench in 1954 had all the Supreme Court judges and the six judges in 1962 represented nearly 50 per cent of the total strength. It is worth contemplating whether a bench with about 33 per cent strength should consider superseding earlier judgments given by judge strengths of 100 per cent and 50 per cent of the court.

When the first judgment was given, most of the members of the Constituent Assembly were also around. It appears that the clear and conscious decision of Constitution-makers and 100 per cent of the Supreme Court was that privacy should not be a fundamental right.

Is the Supreme Court now considering rewriting the Constitution? Would this be a legitimate exercise?

The Constitution permits reasonable restrictions on the fundamental right of expression in Article 19 (2) in the “interests of the sovereignty and integrity of India, the security of the State, friendly relations with foreign States, public order, decency or morality or in relation to contempt of court, defamation or incitement to an offence”.

It has been generally accepted that privacy relates to the activities in the home and matters relating to a person’s body, sexual preferences, procreation, etc. It is now being sought to be expanded to a fairly widespread ambit which will restrict the freedom to publish and get information from government records. 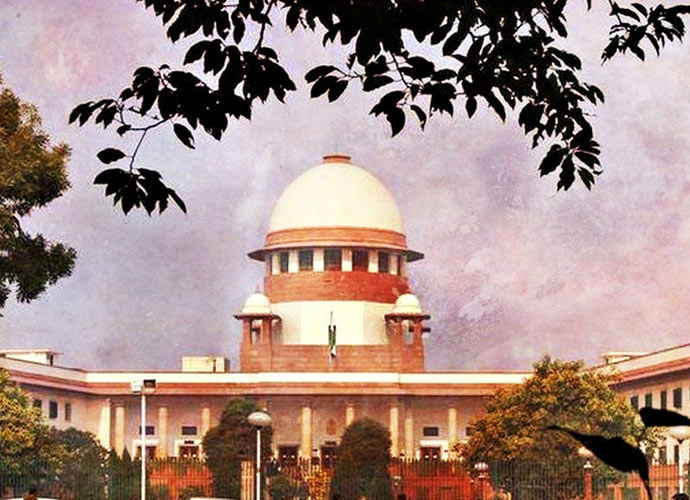 An eight-judge and six-judge bench of the Supreme Court had clearly come to the conclusion that the right to privacy is not fundamental.

When framing the Right to Information law, Parliament took into account the limit on restricting it in Section 8(1)(j) which exempts from disclosure information which would lead to an unwarranted invasion on the privacy of an individual. It did this by putting a proviso as an acid test by stating: “Provided that the information, which cannot be denied to the Parliament or a State Legislature, shall not be denied to any person.”

This means that before denial a subjective assessment has to be made whether the personal information would be refused to Parliament. If they felt they would disclose it to Parliament, they could not refuse to give it to a citizen.

This is in line with the constitutional limit in Article 19 (2). If revelation of some information, or publishing it, would cross the lines of “decency or morality” it could not be permitted.

Since the RTI Act has started uncovering a lot of corrupt and arbitrary actions, there has been a great demand to increase the limits of privacy. In the Kharak Singh case, it was laid down: “Any right to privacy must encompass and protect the personal intimacies of the home, the family, marriage, motherhood, procreation and child-rearing.”

In R Rajagopal cases also, the Supreme Court stated that when something is a matter of public record, claim for privacy cannot be sustained. In defining the limit of freedom of expression it laid down: “We are, however, of the opinion that in the interests of decency [Article 19(2)] an exception must be carved out to this rule, viz., a female who is the victim of a sexual assault, kidnap, abduction or a like offence should not further be subjected to the indignity of her name and the incident being publicised in press/media.”

Now there is an attempt to claim privacy for assets of public servants, records of their performance, allowances, educational qualifications, decisions taken by them and so on as being violation of their privacy. It is well known that many certificates for caste, education, income, and other matters are false.

There are many benamis and also large scale corruption on the files of departments. Promotions and transfers are made without any public interest. Extending the definition of privacy has the result of making the RTI powerless in curbing corruption.

Privacy should be limited to personal matters which may violate “decency or morality” as per the mandate of Article 19 (2). Expanding this and recognising it as a fundamental right would not be in line with the constitutional intent and words.

It would emasculate the power of RTI to uncover wrongs and corruption and be a regression for the freedom of expression.

#Constitution, #RTI, #Supreme Court, #Right to Privacy
The views and opinions expressed in this article are those of the authors and do not necessarily reflect the official policy or position of DailyO.in or the India Today Group. The writers are solely responsible for any claims arising out of the contents of this article.