As PM Modi watches, rupee and fuel prices race to breach the 100-mark

The economy has never been taken seriously by this government.

Breaching a psychological barrier, the rupee has crossed the 70-mark against the dollar. The depreciation during this calendar year is around 9%. The government, meanwhile, is taking solace in the assumption that the devaluation of the Indian rupee is due to “external conditions”, and is “a temporary phenomenon”.

Denial of a problem does not mean it ceases to exist. 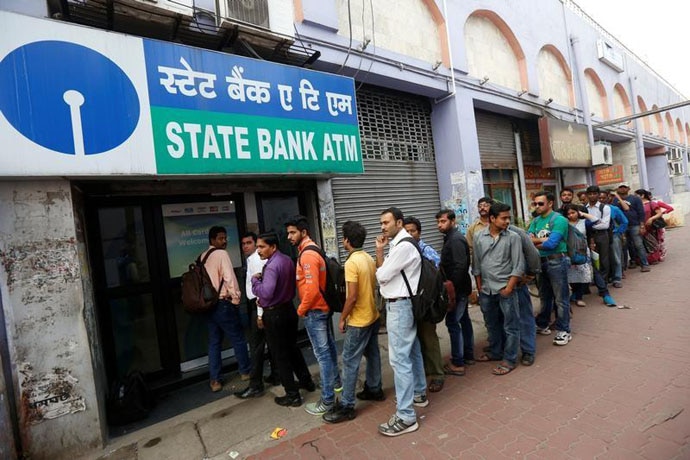 We can't comfortably blame everything on 'external factors'. Blunders like demonetisation are also to blame for the current mess. (Photo: Reuters/File)

Since it took oath, this government has been in denial mode about policy implications that can be politically undesirable.

The fact is, the economy has never been taken seriously by this government. Notwithstanding the external factors, there are institutional, structural and policy decisions of this government that are responsible for the present mess in the Indian economy.

In fact, a government that is going to complete its tenure in the next eight months is yet to give the country a full-fledged finance minister and a stable finance ministry. First, under the garb of “minimum government and maximum governance”, finance was clubbed with defence and corporate affairs and Arun Jaitley was given the responsibility to steer the three major ministries.

It is the prerogative of the Prime Minister to select his ministers and allocate portfolios, but crucial ministries such as finance deserve stability and expertise — otherwise, it affects the entire economy.

The ship remained without a captain for a long time.

Piyush Goyal was not acting as a full-fledged finance minister, and Arun Jaitley, with due respect to his health condition, was calling the shots through his blogs.

This is perhaps the first government in the history of independent India in which every minister is busy with the work assigned to their colleagues – the work in their own ministry is not their concern. Even though Jaitley is now back as finance minister, he is busy defending the defence minister over the murky Rafale deal. Instead of concentrating on his own ministry of finance, Arun Jaitley is busy defending the defence minister over the Rafale deal. (Photo: PTI/file)

Secondly, demonetisation weakened the confidence of the international market in the Indian rupee.

Now, with a trade deficit of 18 billion USD — a 62-month high — the depreciation of the rupee will hit import cost harder.

On the other hand, theoretically, with depreciation, the volume of exports should go up, so that ultimately, what we lose in value, we make up by volume. But for this to happen, we must have substantial surplus - and there is no symptom of such surplus. The export sector has been showing single-digit growth.

Secondly, a rise in crude oil prices, a commodity whose demand is not elastic in response to price, accompanied with the depreciation of Indian rupee against the dollar, will accelerate input costs and inflation, ultimately increasing the daily cost of living.

The figure of 71 is the new normal for the Indian rupee. Forex analysts have already cautioned that the rupee may touch 75 if global currencies show further meltdown. A further slide in the rupee is bound to increase the pain of the Indian economy.

There is a famous saying — “a weak currency is the sign of a weak economy, and a weak economy leads to a weak nation”. The present situation demands that both the government and the RBI not wait and watch, but take corrective measures to insulate the domestic economy from the impact of exchange rate volatilities.

Once the rupee touched 70, the RBI sold dollars through public sector banks (PSBs) to prevent a further slide. But this cannot be a sustainable measure, as the selling of dollars leads to draining of an equivalent amount of rupee funds from banks. In the long run, we need domestic shock absorbers. We need measures that would moderate the volatilities caused by spikes in exchange rates. 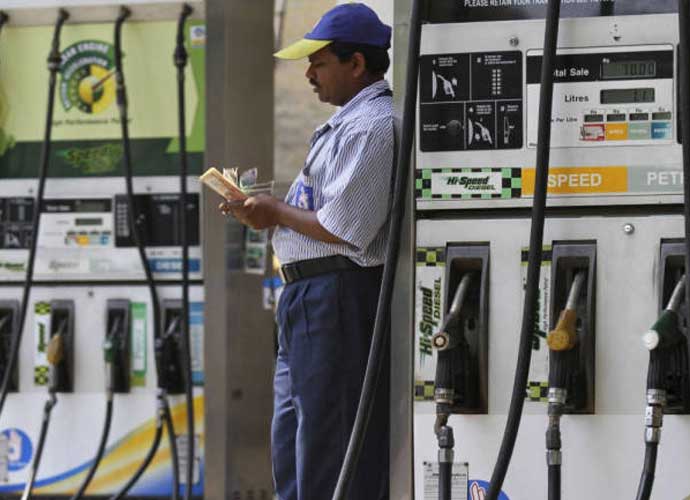 Fuel prices have also been a constant source of worry. (Photo: Reuters/file)

The government can think of a sovereign fund with the clear objective of curbing volatility caused by sharp FII outflows. Besides, on the supply side, the government should take measures to improve the export competitiveness of the Indian economy, both in terms of quantum and diversification.

But, if we can control inflation, it may tend to increase the value of our currency in the long term, because if inflation remains relatively lower, it will increase the demand for our goods.

There may be other financial and policy instruments in the wise heads in the ministry of finance and the Reserve Bank of India, but they need to act — not in panic, but with precision.

The Indian economy cannot afford a slow-down — either in growth rate or employment — just because the government and the regulator fail to break the vicious cycle of depreciation and inflation.

Currently, PM Modi is batting on his self-created pitch of economic mismanagement, adamant to hit a century and cross the 100 mark vis-a-vis the fuel price and dollar price, while the cheerleaders sit in the pavilion, clapping at the disastrous innings being played by the BJP government.

If something is not done fast, the Indian economy is headed towards a fatal crash under the command of Captain Modi.

#Narendra Modi, #Demonetisation, #Indian Economy, #Rupee 71 against dollar
The views and opinions expressed in this article are those of the authors and do not necessarily reflect the official policy or position of DailyO.in or the India Today Group. The writers are solely responsible for any claims arising out of the contents of this article.