Like an octogenarian given half a Viagra tablet, Britain rose from its senescent torpor last week in a rare, if still somewhat flaccid, state of national arousal to fulminate against the attempted murders on its soil of a former Russian spy, Sergei Skripal, and his daughter, Yulia, using a lethal nerve-agent - allegedly by agents of Vladimir Putin. 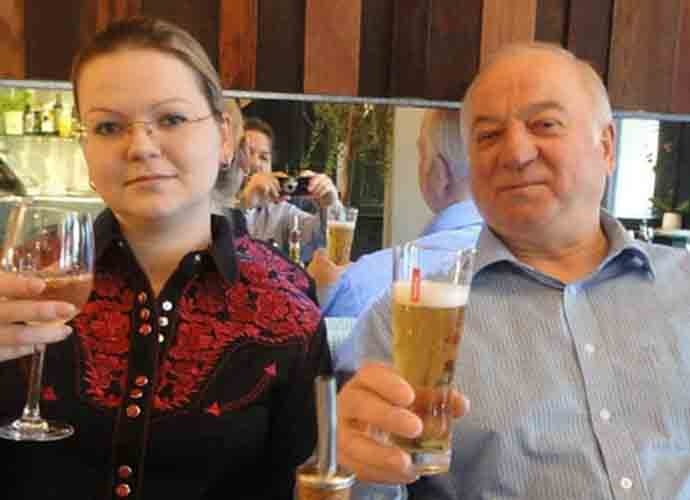 Russian spy Sergei Skripal and his daughter Yulia were attacked in Britain.

"The world is losing patience" with the Russian leader, raged foreign secretary Boris Johnson, speaking for all mankind in that silly way the British do when they get excited about their very local matters - a habit they've taken from their monarch, who traditionally refers to herself as "we".

Some commentators here are discussing the possibility of war, which is ridiculous. Russians will never bomb Britain while they own great tracts of its prime real estate and invest hundreds of billions of dollars in its financial institutions. Many Brits point to the UK's higher GDP as proof that they can stand up to Russia, forgetting that the Russian economy, unlike theirs, is not massively owned by foreigners who will pull their money out at the first hint of any danger.

Whatever sanctions the UK applies will be meaningless as they won't affect the Russian cash that flows into London daily. The country's financial system would collapse without that liquidity and the British property-bubble burst immediately. The first effect of punitive sanctions on Russia would be the UK going into recession.

In the case of a hot conflict, without outside assistance, and given Brexit, the Trump presidency and American war-weariness this isn't guaranteed - Britain wouldn't last against a vast battle-hardened Russian military that is prepared to kill and die in very big numbers to meet its objectives, as can be seen in Syria and Chechnya, and does not flinch at the grisliest sort of conflict.

The Russians could, in fact, wreak havoc just using British citizens. The 30,000 radical Islamists known to live in Britain are a potent resource for any aggressive foreign power. It would be another irony of history if Russia were to destroy the British by fomenting jihad against them as they helped to inflict on the Soviet Union in Afghanistan. Like the rest of Britain's international affairs, this episode is a farce. The Russian foreign ministry, denying its country's involvement in the poisonings, has described the UK furore as a "circus show". One Russian colonel even accused the British defence minister of "impotency", describing him as a "market wench" after the minister petulantly, and very impotently, said that Russia should "shut up and go away".

As usual, the Americans know more about the UK's security than the British. On Sunday, ABC quoted US intelligence saying that the toxins may have been delivered to Skripal through his car's ventilation system. That the American public learns such things before members of the British government is yet another example of the automatic disregard the US has for its minor Atlantic satrapy.

Nonetheless the whole business seems to benefit the respective governments. Putin went into his re-election looking like his people's defiant protector, while the UK can pretend that it is a plucky bulldog standing up to the mighty bear. Prime Minister Theresa May is getting the best coverage she's had since she took the job in 2016, while the thorny subject of Brexit was sidelined.

A prolonged spat with Russia might be just what is needed to kill Brexit altogether. It isn't surprising that after a weekend of shrieking Russomania in the UK media, Monday, March 19, morning saw the announcement of major concessions by Britain in the Brexit negotiations. The "transition period" will be almost two-years in length - sure to grow as time goes on - and Northern Ireland will not have an official border with the Republic - ie, a substantial chunk of the United Kingdom will remain within the EU indefinitely.

While the British establishment is clearly inept at international relations, one thing it understands perfectly is how to manage its uniquely servile native population, having kept them comfortably underfoot for centuries without any fear of revolution. The perceived threat of Russia - and the concomitant need to stay close to Europe - will provide more than enough fear to dampen their desire to leave the EU.

If Putin did order the assassination attempt and helps to stop the needless self-sabotage of Brexit, he may be remembered as one of the best friends the British ever had.

Also read: Why Modi government is being blamed for misleading Indians over death of 39 people in Iraq