The court and the Sabrimala Temple: An unintimate history

On October 16, the Sabarimala temple opened again for the customary monthly five day rituals. This time, however, the temple opened up to unprecedented protests. It is the first time the temple is, practically, coming to terms with the Supreme Court verdict of September 28, which removed the ban that prevented woman of menstrual age from entering the temple.

The verdict has put the nose out of joint for numerous ostensible devotees, who have taken upon themselves to screen the devotees entering the temples, and weed out women from sneaking in. Some women have attempted to enter the temple, out of which two of them adorned with full riot gear reached farthest, till the sacred 18 steps, escorted by a massive police convoy. Their advance, however, was foiled as the temple priest is said to have declared to close the temple and hand over the keys if the women reach any closer to the temple.

What is conspicuously surprising about all of this – and the content that makes way for conversations in the public and headlines in the news – is that it is devoid of a historical overview of this contentious issue – the history of the women pilgrimage in Sabarimala.

There exists not only documentary evidence that before 1991 women of all ages regularly, albeit with some limitations, visited the temple but also an important 1991 judgment that, de facto, enforced the ban preventing women of menstrual age from entering the temple. Needless to say, all of this was engaged, albeit without nuance, by the Supreme Court in its opinion.

For reasons that will be clear hereinafter, whilst the High Court of Kerala judgment is analogous to an anthropologist’s enquiry with mediocre findings, the Supreme Court’s opinion flies above in another world where these slices of history and religious texts are reflected only in the submissions of the parties, and not particularly relevant to the analysis itself which revolved only around abstract constitutional principles dropping down from up above. For that reason, I will be predominantly engaging with only the High Court judgment as it is more relevant to understanding the theatrics that is panning out today. 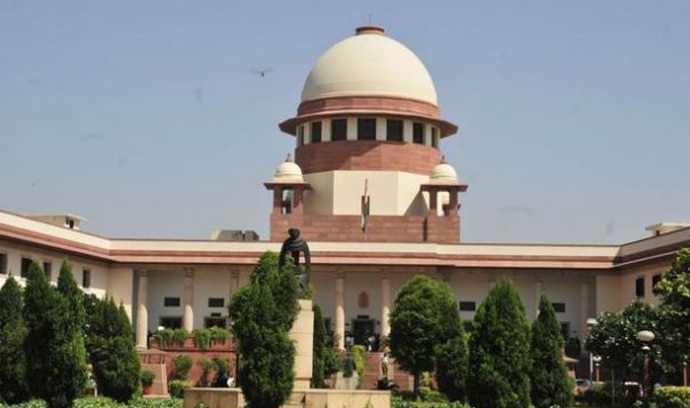 The SC verdict has put the nose out of joint for numerous ostensible devotees. (Photo: PTI)

Racing back in time

In 1991, S Mahendran wrote a letter to Judge Paripoornan of the Kerala High Court about women climbing Sabarimala hills and offering obeisance to Ayyappa. He attached with his letter, a picture of many women in the temple, alleged to have been captured during the ritualistic rice-feeding ceremony of the granddaughter of Chandrika, a former commissioner of the Travancore Devaswom Board, entrusted with the administration of various temples in the region. It is pertinent to note that women have previously held many administrative positions in the Devaswom board, which has also been highlighted in the judgment.

The Court converted Mahendran’s letter into an original petition and issued notices to the Tranvacore Devaswom Board, the former commissioner and the Government of Kerala. Quite contrary to contemporary developments, the three respondents contended that it was alright for women of menstrual age to visit the shrine and worship the temple.

As a matter of fact, the respondents asserted that there is a restriction for women of menstrual age from visiting the temple only during three important occasions – Mandalam, Makaravilakku and Vishu. The respondents urged that but for these three occasions, and a few exceptions for which the Board will issue notifications from time to time, women of all ages were free to enter the temple – and the pathinettampaddi (the sacred 18 steps).

Without delving too much into the legalities involved, it suffices (for my purpose) to note that the Court enforced the ban on women of menstrual age entering the temple on one primary ground – that of usage and customary practice.

The Court opines that usage and customary practice fall within the essential practice of a religion, and the denomination’s right to maintain its own affairs. Based on the testimonies of the Tanthri (chief priest), a member of the Pandalam Kovilakam and the secretary of Ayyappa Seva Sangham, the Court adduces that the prohibition of women of menstrual age was a customary practice of the temple. The history of the women pilgrimage in Sabarimala is under the scanner. (Photo: PTI)

The Court also uses the Devaprasnams (messages from oracles who are customarily engaged in deciphering god’s wishes) gathered by Tanthris that women should not be allowed in the temple.

Thereafter, the Court seems to avert from its own dispositions. The Devaswom Board contends that the historical reasoning for the prohibition of women from entering the temple was simply that in olden times the practice of observing astute ritual austerity (vratham) was required for the Ayyappan pilgrimage, which was considered impossible for women and resulted in the prohibition.

However, the Court notes there is an alternative fundamental and essential reason for the prohibition – that of the Nastika Brahmacharya rule. The Court contends that the prohibition is predicated upon this rule and that therefore this is integral to the Ayyapan belief.

Oddly enough, the Court adorns the cap of the Devaswom Board, although it earlier opines that it shall be the religious denomination itself that takes matters of administration in its hand, and holds that the prohibition of women of menstrual age must be strictly enforced for all days of the year.

This is despite the fact that in paragraph 7 of the Judgment, the Court notes that women have been entering the Sabarimala temple even earlier in the olden days, albeit infrequently. The Court acknowledges that the prohibition was a later invention but nevertheless emphasises its importance on grounds of the irrelevance of time-in-force for enforcing usage. The historical reasoning for the prohibition of women from entering the temple was simply the practice of observing astute ritual austerity in olden times. (Photo: PTI)

In order to truly understand the context of this decision in juxtaposition with the Supreme Court’s order and the intemperate protests and violence that has broken out in the hill, the myth of Lord Ayyappa is of relevance. Whilst there are many variations of the Ayyappan myth, the following rendition is the most pervasive.

Commonly referred to as Harihariputran or Hariharasudhan, Ayyappa is an offspring out of the communion of Shiva and Vishnu (in the form of Mohini). The purpose of his birth was to kill Mahishi who had received a boon from Brahma of possible death only by an offspring of two males.

Ayyappa, dutifully, kills Mahishi – who turns into the beautiful woman – Maalikapurathamma. She professes her love for Ayyappa, who has taken a vow of celibacy, and who informs her to reside near him (wherefore a shrine is created for her in Sabarimala) and that he will marry her only when no new devotee stops coming in a given year.

The freezing of time

It must be understood that Ayyappa in the Sabarimala hill is but only one stage of Ayyappa. I cautiously use the word stage. The Sabarimala temple is but one of five Sastha temples that were apparently founded by Lord Parasurama. In each of these temples, Ayyappa is found in a different form, depicting different stages of life.

The enforcement of the prohibition of women to the temple on the Nastika Brahmacharya grounds is in tandem with the popular spirit of maintaining the deity as a Nastika Brahmacharya. Theological studies of various traditions have spoken of identifying oneself with God, and the rituals requisite for it. Sabarimala is no different, for the devotee is expected to identify with the deity in ritualistic penance. The High Court of Kerala did precisel froze the Nastika Brahmacharya stage of Ayyappa in time. (Photo: PTI)

One needs to delve deep into the story, uncover the nuances in it, and use arguments from the very source. The High Court of Kerala did precisely that, and froze the Nastika Brahmacharya stage of Ayyappa in time, although the Devaswom Board was inclined towards allowing women to enter the temple.

An interesting enquiry, for both the purposes of the law but more significantly for the purpose of societal dissemination and belief, is whether the prohibition of women is really a ritualistic requirement for the sustenance of the Nastika Brahmacharya. There arose a point of time in the Sabarimala history, as succinctly pointed out in the first part of the 1991 opinion, where allowing women during monthly rituals was considered unproblematic, which de facto became the practice.

But there is also a third feature of the law – repression. The answer to the question I just posited above was right in the face of the Kerala High Court, which refused to answer it and ignored by the Supreme Court. Of course, one can contend that it is not for the Court to engage in scriptural analysis of religious texts, but one must also then accept that the Court has no business to indulge itself in that terrain. The case of Ayyappa does not fit perfectly the two forms of Brahmacharya. (Photo: Facebook)

The definition, scope and limitations of the Nastika Brahmacharya are found from various scriptures of Hindu tradition. The Smriti Muktavali by Sri Krishnacharya enlists two forms of brahmacharya (celibacy): upakurvaana and nastika. The former practices celibacy spanning the duration of his studies, pursuant to which ends his celibacy, gets married and lives a worldly life; whilst the latter undertakes a vow of celibacy for life.

In any case, the Yajnavalkya Smriti propounds the duties and requirements of a Nastika Brahmacharya: intensive physical austerity and immense sensory control. The former entails rigorous penance, minimalistic diet and absolute subjection to the Guru. The latter entails constant dedication towards control of the mind, including the prevention of any aberrations a proposed sexual proclivity. The latter also mandates alienation from all women (in a heterosexual paradigm, of course) if so required.

The case of Ayyappa will not fit perfectly in either of the two forms of Brahmacharya, as his form of celibacy is not a vow of celibacy for life (as is required for the Nastika Brahmacharya vide Yajnavalkya Smriti) but one of contingent celibacy – celibate unless and until a new devotee does not come (recall his promise to Maalikapurathamma).

Insofar as this is concerned, the Brahmacharya of Ayyappa is not akin to the rigors of Nastika Brahmacharya mandated. Ayyapa himself is a mindful dissident.

Seen in this light, one wonders if the Kerala High Court might rethink its order to prohibit women.