Electricity access needs to be seen beyond lighting and mobile recharging to promote livelihood enhancement.

The Pradhan Mantri Sahaj Bijli Har Ghar Yojana, or the Saubhagya scheme that promises free electricity connections to all households in India, aims completion just in time before the General Elections in 2019.

Under this scheme launched earlier this week, the government will fund the cost of last-mile connectivity to willing rural and urban households by December 31, 2018. It aims to provide free electricity connections to over 40 million families in India with a budget of Rs 16,320 crore (US$2.5 billion).

The biggest positive aspect of the Saubhagya scheme is that it considers electricity access in terms of households and not villages. India has electrified 96 per cent of its villages and yet there are approximately 300 million people without access to electricity. A village is declared to be electrified if 10 per cent  of the households are given electricity along with public places such as schools, panchayat office, health and community centres.

Clearly, this does not solve the problem of electricity access because it can leave a large number of households without a connection. For instance, Madhya Pradesh recently reported that it has achieved 94 per cent  electrification and yet has close to 45 lakh households without access to electricity. Therefore, by stating the goal as electrification of households and not merely villages, the government seems to be taking a step in the right direction.

All is not well

However, there are underlying structural problems with this scheme. It does not provide any subsidy for electricity consumption and relies heavily on installing pre-paid meters in order to create a demand for electricity. The logic being that this will incentivise the distribution companies (discoms) to supply electricity to the villages. 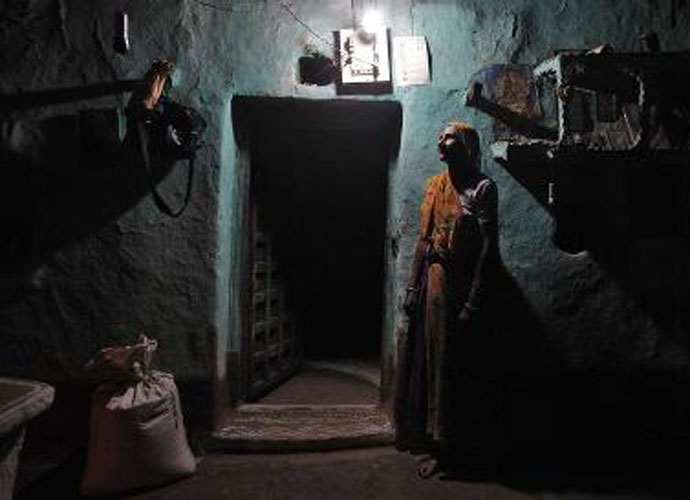 The UDAY (Ujwal Discom Assurance Yojana) scheme was a step in this direction but has failed to successfully bail out the discoms particularly in Chhattisgarh, Bihar, Uttar Pradesh, Haryana and Rajasthan. Consequently, they often resort to load-shedding in order to reduce their costs, and in such a scenario, reliable electricity supply remains a pipe dream.

The scheme also seeks to promote clean fuel by replacing kerosene use with electricity in poor households. But studies have shown that households continue to use kerosene even when electricity is introduced. Electricity proves to be an addition and usually is not a direct substitute for kerosene or diesel gensets because of reliability issues.

With 8- to 10-hour-long power cuts and erratic electricity supply, households  continue to use kerosene, diesel gensets and other fuels to augment their need for energy.

Electricity access when introduced in a household, usually leads to a rise in demand for increased appliances. This scheme provides wiring for a single light point and a mobile charging point for the households that are within connecting distance to the electricity pole.

By not providing access to three-phase electricity, the range of appliances that the poor households can use are severely limited (for example, pumps for irrigation purposes). This further hampers economic productivity for poor households. For households located in remote areas, the government will distribute solar power packs with five LED light, one DC fan and one DC power plug for five years. Those who are connected to the centralised grid, may be able to use additional appliances in the future, if the government provides them augmented electricity supply.

The people in remote areas will have no choice. There is no plan to increase the capacity of the renewable system so that it provides electricity that matches the demand of the consumers. As a result, the consumers are stuck with five LED lights, one fan and one power plug for five years. By stalling their demand for increased appliances, this scheme does little to address the need for electricity for livelihood purposes.

Reliable and affordable electricity supply has many benefits that can accrue to the urban and rural poor. In order to provide the same, the government needs to address problems related to actual hours of supply.

In addition to the UDAY scheme, incentives should be provided to minimise power thefts and illegal connections, which can then further lessen the financial losses for discoms.

Lastly, electricity access needs to be seen as going beyond lighting and mobile recharging, to promote livelihood enhancement through productive use. Otherwise, Saubhagya will end up being just another political gimmick without clear benefits to poor households.

Also read: Why we need to measure how electricity empowers women

#Lok Sabha 2019, #Modi governemnt, #Electricity, #Saubhagya scheme
The views and opinions expressed in this article are those of the authors and do not necessarily reflect the official policy or position of DailyO.in or the India Today Group. The writers are solely responsible for any claims arising out of the contents of this article.

The author is a PhD from the University of Illinois Urbana-Champaign, USA. At ATREE, she is a postdoctoral research fellow in the Climate Change Mitigation and Development Programme.