Why I'm getting condolence messages over news of Shashi Kapoor's death

I was all of 12 years old when I saw Haseena Maan Jaayegi, my life was never the same again.

Harleen Vij (@VeiledDesires_ on Twitter) is a crazy fan of Irfan Pathan and sends him messages everyday. I once remember telling her that had Bollywood actor Shashi Kapoor been on the microblogging site, I, too, would be sending him messages of love everyday.

Few years ago, on March 18 — Shashi Kapoor’s birthday — Harleen wished me and, very soon, many others who had confused it with my birthday, were wishing me too.

Whenever a photo of Shashi Kapoor appeared on the social media, I was tagged by my friends. Everyone knows how much I adore him.

On a holiday today, I was happily posting pictures of forts and tombs when suddenly I saw DailyO's tweet about Shashi Kapoor's death. My heart stopped beating and I knew the moment I had been dreading for years had come to pass.

This time, I was getting messages not of birthday wishes for Shashi Kapoor but condolences.

Even as I type this article out on my mobile phone, I can see umpteen messages of condolences flashing up on WhatsApp. 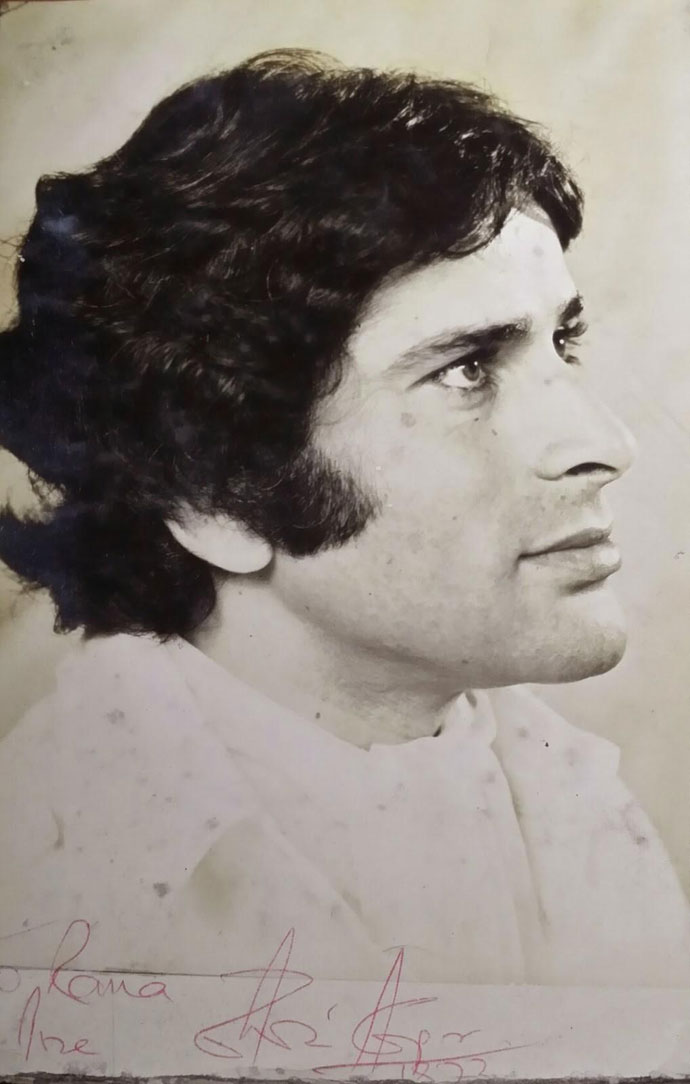 An autographed photograph of Shashi Kapoor still takes pride of place on the centre page of my photo album. Photo: Rana Safvi

It's difficult to imagine a world without him, but then Shashi Kapoor will always be there in the hearts of fans like me. Earlier, when friends had asked me to write a blog on him, I was strangely tongue-tied and now when he's no more, the words are pouring out.

I normally write in one go and just let the words take me wherever they go. I'm doing the same today and all I can see is a crooked smile, and a starstruck young girl and a big void.

I was all of 12 years old when I saw Haseena Maan Jaayegi and life was never the same again.

A Greek God, in fact two — as Shashi Kapoor had a double role in the film — had burst into my life and taken possession of my heart with his charm. 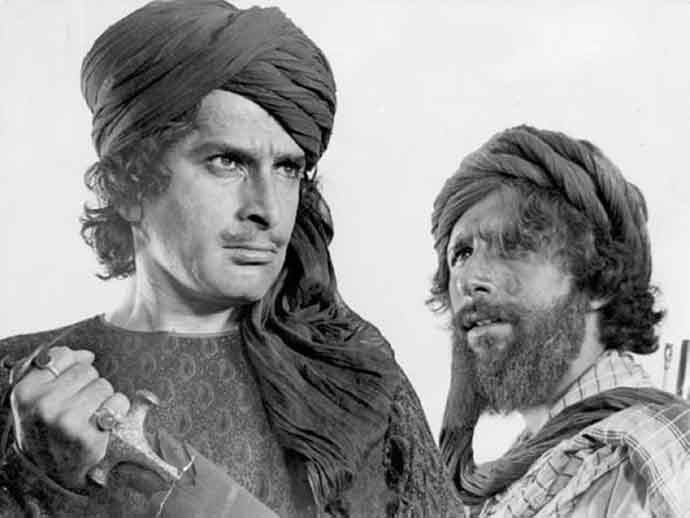 Those were the days when we hardly got to see movies and I don’t remember the next movie of his that I saw. I remember going to see Sharmilee and coming home dazed. I saw many of his movies after that. He was the stuff that a young girl’s hero is made of. Even today my heart rushes — as if going pitter patter — when I see his pictures.

Very soon, I began keeping a scrapbook of his photographs, each with a personal caption. That stayed with me for years and eventually got lost in my parents' innumerable transfers. I regret that so much. But, luckily, my prized possession — an autographed photograph of his which occupied the first page of my own photo album — is with me and still takes pride of place on the centre page.

Then, in 1978, Shashi Kapoor was shooting for Junoon in Malihabad and Saba Zaidi was doing the art design. She invited me to come over for the shooting with some other friends and I jumped at the offer.

I had read the words “be still my beating heart”, but experienced the feeling only when I came face to face with Shashi Kapoor for the first time. Nothing had prepared me for his extreme good looks. His eyelashes were longer than the false ones girls use nowadays and he was charming beyond belief. Two days went in a daze and I still remember them almost 40 years later.

The only movie I could not bear to see was In Custody, because he looked so unwell and watching that was almost like a physical pain for me. Once I heard he was going to be homeless as he had lost all his money in some production. That was the second time I felt the same pain.

Today, I'm feeling numb. The wound is still raw. It hasn't sunk in. That will take time.

I am so glad he went peacefully as he had been suffering for so many years.

I am just glad he was there in the world at the same time as I.

You are my hero.

Also read: Who was the real Shashi Kapoor?

#Bollywood, #Mumbai, #Shashi Kapoor
The views and opinions expressed in this article are those of the authors and do not necessarily reflect the official policy or position of DailyO.in or the India Today Group. The writers are solely responsible for any claims arising out of the contents of this article.