No, Minister: Why Smriti Irani's proposal of death penalty for sexual crimes against children is no solution

A death penalty is a control-shift-delete approach, which defeats the purpose of a punishment. Reform.

We’ve all at times read articles and reports on heinous crimes against children and minors and thought to ourselves — perhaps the death penalty is the ultimate solution.

Such is the nature of the crime that an uncontrollable rage engulfs us, takes the better of us, and yes, often makes us want to kill someone.

Perhaps against our better judgement.

On Tuesday, July 23, 2019, when Smriti Irani, Union women and child development minister, tabled a bill entailing amendments to the Protection of Children from Sexual Offences (POCSO) Act, calling for the inclusion of the death penalty for aggravated sexual assault on children, that anger came rushing back. It divided the nation — with two sections clearly siding with the for-and-against camps.

Then, there was the third section, asking if we really had the right to take away something we cannot give back.

“The amendments I move today are ensuring that those who rape our children, especially cases of gang rape, will be met by death,” said Irani, clearly determined to take a stand, no matter what the consequences. Of course, that gives us hope that the little girls whose horrific experiences put their villages and small towns on the national map of shame by making it to page one headlines — Kathua, Unnao, Aligarh — will find justice, even if in death.

But can that truly ensure that such crimes will be eradicated, or even, at the very least, diminished? 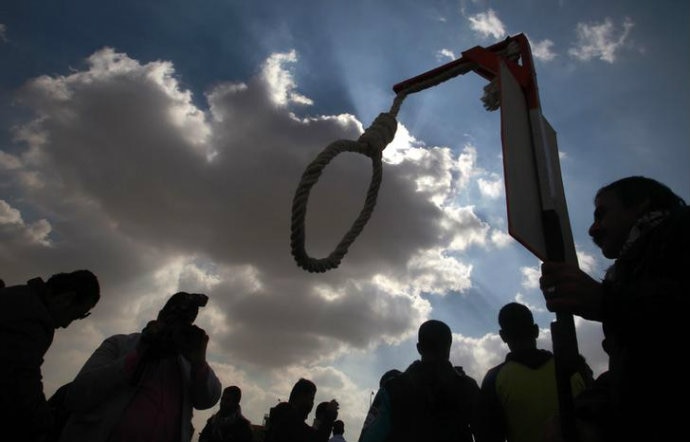 Killing criminals or crime? Is the death penalty just a grand statement or does it have any reformative value? (Photo: Reuters)

The purpose of any punishment is reformatory — first, identify a problem and ensure that it is widely and loudly conveyed that actions have consequences — and finally, warrant a smooth running of a civilised society. A death penalty, in a control-shift-delete approach, fails to identify the problem in the first place — thereby totally defeating the purpose.

And the problem, in this case, is two-pronged.

A society that views sex as a taboo turns it into an obsession.

And an obsession can manifest itself in ways we will never be able to fathom.

Then, there is looking at rape used often as an effective tool to mete out punishment. Wasn’t that reportedly the horrific 'purpose' behind Kathua, behind Unnao? A death sentence may eliminate one man or one group, but how will that ever be able to change the narrative that looks at children and women as weak, and by extension, a playground for the ‘powerful’ to tower over, make a statement and revel in?

An increase in the number of crimes against children and minors being reported today points at the fact that somewhere, survivors and their families are feeling empowered enough to come forward. If the death penalty is enforced, there perhaps will be a decline in the number of such reported crimes. But that will not be because this medieval punishment has worked, but instead because of various ways of intimidation and exploitation — from bribes to threats to murder — the perpetrators will employ to ensure there are no reports filed at all. New vision: Let's give our children a life where the thought of ‘harm’ won’t loom constantly over their heads. (Photo: Reuters)

How, then, will there be justice?

What purpose, then, does this call for the death penalty serve, if not to make a grand statement — when we're turning a blind eye to the real issues?

Let’s ensure that by ensuring stringent punishment — as she proposed, by ensuring fewer or no loopholes in the law that provides perpetrators with an easy escape, by ensuring that such crimes do not happen at all, by ensuring we get down to the hard work of understanding why these are even occurring — rather than breaking the nib after.