What it means to be an Indian woman today: Smita Thackeray pens a letter this Republic Day

Over the years, a number of constitutional amendments have been made for the social, economic and political benefit of women.

Our household was a very patriotic household.

For us Republic Day wasn’t a holiday, it was a day of watching the glorious celebration of our nation’s strength and diversity – The Parade! From the zooming airplanes to our valiant soldiers marching, it’s all so overwhelming. While there's nothing wrong in having fun on a long weekend, isn't it even mildly displeasing how casually we've taken this significant day? The day that paved the making of the world’s largest democratic nation, the day the Indian Constitution came into effect. All thanks to Baba Saheb Ambedkar, the visionary leader behind crafting a written constitution, it has evolved to adapt for the progress and development across sectors such as the economy, transparency of the government and women empowerment.

Being a woman activist, it brings me joy to see women from not being allowed to work, to women at top managerial positions. Over the years, a number of constitutional amendments have been made for women’s social, economic and political benefits and to tackle serious issues like violence, dowry, sati and equality. When talking about issues like these, the link between dowry and the decline in the sex-ratio is hard to miss. Female infanticide has been an issue for years, and the government has taken various initiatives like Beti Bachao Beti Padhao (BBBP) which encourages education of the girl child; and the Dowry Prohibition Act (1961) which aims to tackle female infanticide with the sole cause of it being heavy payment of a dowry for marriage.

In spite of these laws, women in rural areas often face harassment and assault when it comes to not paying dowry, and it makes me really disappointed to see that women of the 21st century still face such problems. The law Protection of Women from Domestic Violence Act (2005) was outlined to protect women in India from all forms of domestic violence so that more women stand up to injustices against them. Speaking of which, it brings me great relief to see that after generations of women having faced the consequences of the unfair practice of triple talaq, The Muslim Women Bill against Triple Talaq was introduced and instant talaq was declared as a punishable offense with a 3:2 judgment by a five-judge constitution bench set-up by the Supreme Court. 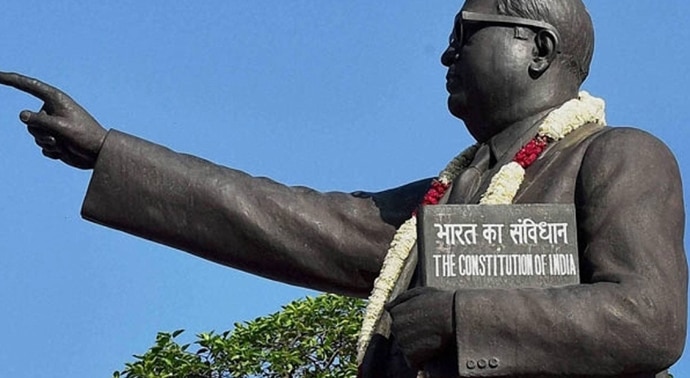 With increasing awareness amongst women, there has also been a rise in citizens as a whole standing up for their rights. This made it impossible for the government to escape the inception of the law that made a mark in the Constitutional history – The Right to Information Act. After a lot of debate within the parties and officials, The Right to Information Act marked the milestone in the legislation and gave citizens the power to question public authorities and their activities, thereby promoting accountability and transparency. It makes sure that the people we put in power are answerable to us, thus empowering people to seek information and actively participate as responsible citizens. Talking about accountability, it is important to mention The Lokpal and Lokayuktas Act, 2013 which has jurisdiction over all Members of Parliament and central government employees in cases of corruption. This means that even the highest of authorities cannot escape the law which highlights the true nature of the democracy that we are.

The Constitution being a gateway between the people and the government, has taken a step further by working towards an open and transparent government, and an information-driven society with everything from drafts to final policies online for the citizens to be a part of it. With people being more aware about their rights, there has been an increase in the number of complaints being registered online. To provide another medium to the citizens, the government bodies are also leveraging digital platforms to communicate and solve the problems on-the-go. Being one of the countries with the largest population of youth, they are also trying to connect to the youth with fun and witty content on social media channels.

Over the years, there has been development in the areas of strict laws against the major issues faced by our nation – corruption and gender equality. This gives me hope and proudly say that we, as a country, are rising towards progress when it comes to women. With the right balance of power between the government and the people, soon, we will no longer be a developing nation but be known as a developed nation.

Also read: The truth about US clearing over $600 billion to boost defence ties with India

#Republic Day, #Gender Equality, #Constitution
The views and opinions expressed in this article are those of the authors and do not necessarily reflect the official policy or position of DailyO.in or the India Today Group. The writers are solely responsible for any claims arising out of the contents of this article.