The enigma of Sridevi, now as Mom

We know this Meryl Streep of Bollywood will continue to amaze.

The first teaser of Mom is out and even though it does not reveal much of the plotline, what it does reveal is the tangible talent of Sridevi.

Five years after shining in English Vinglish, Sridevi is back with a different genre - this time a thriller in which she plays a mom searching for her lost daughter.

We could compare her Mom with Aishwarya Rai's Jazbaa, but that would be a mistake because the latter didn't have Sridevi's enigmatic presence. English Vinglish could teach a thing or two to Bollywood actresses facing the arc lights again.

After all, from Madhuri Dixit to Karisma Kapoor to even Aishwarya Rai Bachchan, no other actress could manage a hit in her comeback vehicle, given the more traditional instincts of our film industry.

In a country where heroes sell films, Sridevi is the sole heroine who could give them a run for their money.

After all, not everyone can make Bollywood’s Dabangg Khan gush. At a recent teaser launch of the film, Salman Khan called the 300-film old Sridevi bigger than all the Khans combined. Her riveting performance in Sadma, of a woman who suffers memory loss, was so remarkable that her co-star in the film, Kamal Hassan, went on record to say it was even better than the original portrayal of the character in the Tamil version of the film, Moondram Pirai.

Then came the eccentric Anju and Manju of Chaalbaaz, the story of twins separated at birth.

Even back in the day, it was not easy to say yes to such a script where you had Hema Malini’s classic Seeta Aur Geeta for comparison. 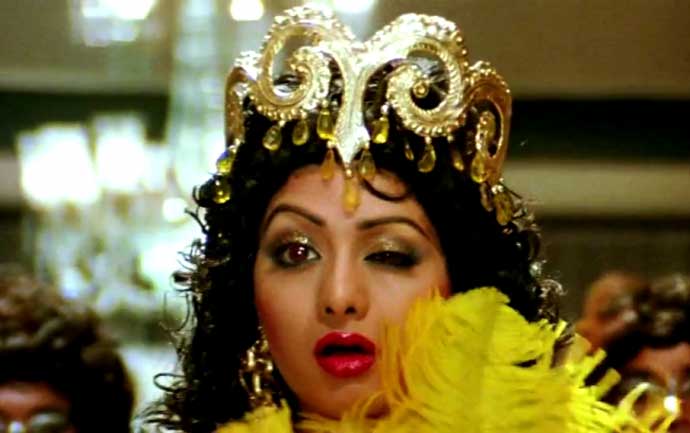 Yet, Sridevi faced the challenge and injected an endearing warmth and vulnerability into her character. The film saw a slew of awards come her way.

The same year also saw her play the lovelorn Chandini, a film that introduced us to the quintessential Yashraj heroine. Then there was Mr India with Sridevi, the "Hawa Hawai”.

As a journalist who hates kids and desires the invisible Mr India, the actress owned the silver screen and fans' hearts.

These are just a few of her memorable performances in a career spanning 300 plus films - one that continues to flourish; all the more remarkable for it sustains itself in a Bollywood with an obvious expiry date for actresses.

We cannot wait to see how this real-life persona translates onscreen in Mom and what we know is this Meryl Streep of Bollywood will continue to amaze.

#Bollywood, #MOM, #Sridevi
The views and opinions expressed in this article are those of the authors and do not necessarily reflect the official policy or position of DailyO.in or the India Today Group. The writers are solely responsible for any claims arising out of the contents of this article.