My London degree, life plans, and Theresa May

The PM is okay letting international students in, as long as they can pay the fee. She just doesn’t want them to stick around.

I’m Aarzoo Snigdha. I am an Indian, I treat English as my first language, and I’ve been raised in a privileged, progressive home. I’ve been a part of the internet since I was a child, and as such, can pass easily for a global citizen. I moved to London to study in Loughborough University in 2016, at the age of 22.

I’ve known I wanted to work in the media industry since I was 16 years old. At 18, I interned with national newspapers; at 21, I finished my media degree from one of the best journalism colleges in Asia, with a blessedly high GPA. I decided to get a Masters in Media and Cultural Analysis from the UK because that seemed like an obvious thing to do. 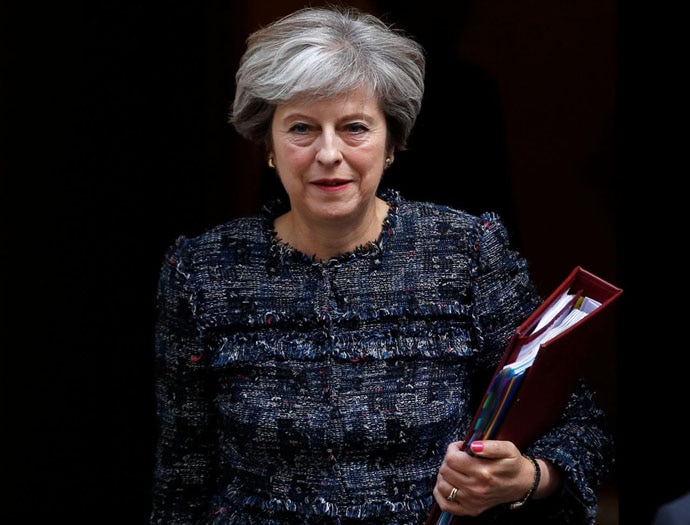 Theresa May made it much harder for international students like me to stay on and work in the UK. (Photo: Reuters/File)

I had imagined working for a company in the UK, build up some savings in a foreign currency, make my parents proud and eventually return to India. The plan was to get a foreign degree and a foreign job so that my mother could brag about my achievements at family functions.

Before going to the UK, I knew the job market was tough, but I never knew that employers became ignorant after Theresa May, as UK's home secretary in 2011, restricted and cancelled the post-study work visa programme and made it much harder for international students like me to stay on and work in the UK.

In 2016, when Theresa May was elected as the Prime Minister, the nation believed the economy would boom and the country would be steered towards a progressive path. I am uncertain of the progress the country, where the reputable universities, such as Oxford and Cambridge, are dominated by 30 per cent of Indian students, has made. What I certainly know is — the number of Indian students fell drastically after the rule changes, something even the country's chair of the Higher Education Commission raised in Parliament this January.

Well, the first semester of my MA was a disaster. I was the kind of student who sailed through studies with gleaming results, and yet, my first paper at Loughborough University received the lowest grade I’d ever encountered as a student. The style of academics was one that didn’t reward my nerd attitude, so I adapted and did better. I had friends too whose grades suffered as they weren’t fluent in English. They had to become better too. After all, we breathed English air.

In the second semester, when our professors said “It’s the right time” to apply for jobs, I remember going to the Career Network and Student Employability Centre and confidently boasting of what I’d thought would be employable skills. I was a post-grad with a work experience.

“Oh, skills”. The lady at the employment office said with a deadpan look, “Darling you’ll have to find a job with a company that can sponsor you, or you’ll need to leave as soon as you graduate. Anything else?”

Either you get picked up by an MNC, or you go home. I had seen companies simply saying on their recruitment pages, “If you don’t have a UK or an EU passport, don’t apply.”

I remember a pretty good interview with an employer ending with her saying, “Well that all seems lovely. And I believe you’ve got a right to work in the UK?”

They are ready to hire someone with zero work-experience and lesser skillset, but not an immigrant who is over-qualified for the job and is ready to do it even for peanuts.

Students like me ended up questioning their intellect and calibre. “Why am I not good enough? I feel I have failed my parents and myself.”

I kept telling myself that I wasn’t smart enough. I know friends who have been able to stay behind in the UK with MNCs, so it must be me. 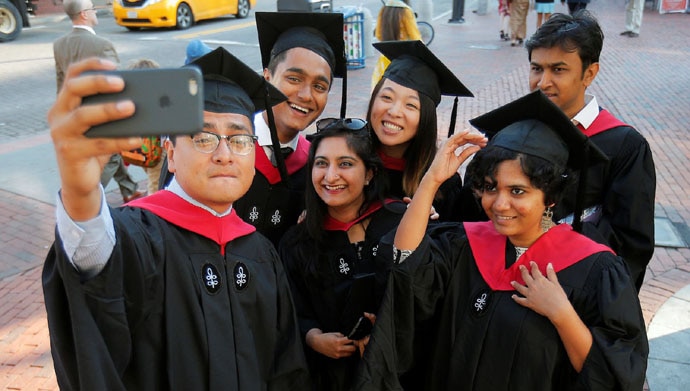 Firms are ready to hire someone with zero work-experience and lesser skillset, but not an immigrant who is over-qualified for the job and ready to do it even for peanuts. (Reuters/Picture for representation)

Now, the question looms, have big countries that accept international students cancelled their post-study work programmes in the wake of the global recession? No.

The US has its 12-month OPT (Optional Practical Training) programme. Germany — offering tuition-waiver even to international students — gives 18 months to look for jobs. Australia and Canada have similar programmes.

Statistically proven, there are many students who come to the UK for fake English language courses and work illegally in restaurants and factories. I wasn’t going to work as a chef, though I do make amazing fish fries. The more I thought about the UK kicking me out, the more I was left scratching my head.

The market was tough. I understand that those whose parents are paying taxes should have first right over jobs. But my parents had paid three times the fee that British and EU students had paid. Theresa May certainly wasn’t worried about letting international students in, as long as they could pay the fee. She just didn’t want them to stick around, pay taxes and contribute to the economy.

It was a tough job market, but I’d have appreciated a fair shot. The goodwill I had for Britain is long gone. Maybe I’m really not smart enough. I don’t know because I’m not a part of it. What I do know is that I will be telling every Indian student who has the misfortune of coming to me for advice exactly what happened to me.

Maybe they’ll still choose the UK, and I wish them luck.

Has “cracking down” on foreign students boosted employment for the UK and EU graduates? I’m not sure.

I was not the one willing to steal state’s benefits. I was at Loughborough University on a scholarship. There could have been another way to screen the ‘best and brightest’— if that’s the government’s intention.

This is a break to the trend Indian students are attracted to follow — go out and enjoy!

Maybe I’ll find myself in the UK again when they deem me good enough. But for now, I am happy sitting back in one of the best news organisations in India and writing news stories, watching their system fall apart. Had I been in the UK, I doubt if I could have been brutally honest and critical about their policies.

Also read: An ode to my teachers whose lectures had to be listened to, not downloaded

#Theresa May, #Immigration, #Visa rules for students, #UK
The views and opinions expressed in this article are those of the authors and do not necessarily reflect the official policy or position of DailyO.in or the India Today Group. The writers are solely responsible for any claims arising out of the contents of this article.