Ranjan Gogoi says judiciary is losing its aura: What the SC can do to restore its glory

The first realisation should be that its performance is constantly watched by people and their views are openly expressed on social media.

The Chief Justice of India (CJI), Ranjan Gogoi, recently expressed concern over young lawyers' unwillingness to become judges, saying one reason was that the higher judiciary was "losing its aura and majesty".

The CJI said that it was the aura and majesty of the higher judiciary that attracted the talent of the Bar as lawyers were willing to work hard and make sacrifices in terms of money. 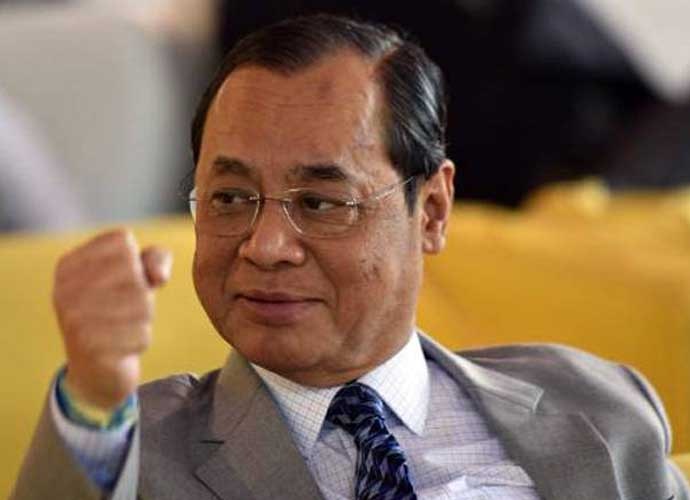 A courageous statement by the Chief Justice of India Ranjan Gogoi, this now needs strong action to follow it. (Source: India Today)

It requires great courage to make such an honest statement.

Rather than speak about why things have come to such a pass, this article has suggestions on how the higher judiciary can regain its aura now.

In all humility and without prejudice, here are some ideas for consideration for the collegium.

The first realisation for the executive, judiciary and legislature is that their performance is constantly watched by people and their views are openly expressed on social media.

Respect for any constitutional institution has to be earned through performance – otherwise criticism is unsparing. The days of blind respect are over.

As on December 1, 2018, the number of pending matters in the Supreme Court are 56,994. The ordinary citizen wants quick disposal and resolution of cases. Also note that delays in courts make it difficult to enforce contracts – and this is a factor in the World Bank's rankings on ease of doing business.

Two, can the CJI hold a press conference and update on the SC website a time-bound action plan to clear the backlog.

More importantly, the CJI must outline steps to prevent accumulation of cases. If this means effective legislative change, the CJI team must work with the government to make it happen.

Next is a review of the SC holiday calendar.

In 2018, the SC was closed for five working days each during Holi, Dussehra and Diwali and it will remain closed for 11 working days during Christmas and New Year. The summer break was from May 20 to July 1.

Government servants have only gazetted holidays and are entitled to take 30 days annual leave.

So, suggestion three has two parts. Can the SC be open throughout the year, with judges taking annual leave just like it happens in the government and corporate worlds?

In view of the huge backlog of pending matters, can the number of festival holidays be temporarily reduced to two days at best?

Out of the 27 SC judges as on December 5, only three are women.

From 1950 to November 2015, out of a total 229 SC judges appointed, only six women became Supreme Court judges.

SC Judge Indu Malhotra recently said, “There is a gender bias in the legal profession and judiciary. People think women judges are not good enough to grapple with complicated commercial matters.”

When the SC speaks of gender equality, one might ask why it has so few women judges.

Four, with an increasing number of judges accepting appointments on government panels, their credibility is being compromised.

According to an Indian Express report of July 2012, of the 21 judges to have retired from the Supreme Court since January 2008, 18 got jobs in different government commissions and tribunals.

Probably there should be a cooling-off period for retired judges — say, two years.

One of the reasons why the higher judiciary was held in high esteem is it interpreted law and administered justice.

However, in the last few years the SC has devoted time to issues such as ban on liquor vends on highways, pollution control, dance bars, disclosure of names of big loan defaulters, use of pellet guns in Jammu and Kashmir, Rohingyas, explosion of non-governmental organisations, dahi handi, running the Board of Control for Cricket in India, etc.

Many SC orders, though well-intentioned, earned the ire of the common man. The general feeling among the public was that the SC did not weigh all arguments heavily in pronouncing judgments on issues such as ban on liquor vends along highways and the partial ban on bursting firecrackers around Diwali.

The firecrackers norms set by the court were clearly violated. This is not to imply that the good intention, sincerity or integrity of the court is being questioned.

Six, the SC must be careful while entertaining PILs on social and governance issues.

The elected government is in the best position to study the matter and take a call. Though the SC can nudge the executive from time to time, it should decide matters based on the interpretation of law and not humanitarian grounds.

Often, the government refers matters to the SC because it is apprehensive of losing votes. Cases like the validity of triple talaq and the decriminalisation of homosexuality are prime examples.

In such cases, the SC must ask the legislature to take responsibility and pass appropriate legislation.

It is the responsibility of the legislature, not the SC, to make laws. Former judge Justice Markandey Katju recently wrote SC judges making laws of their own will lead to chaos.

In November 2018, a law student filed a PIL seeking a direction to the government to provide monthly reports on the performance of the Prime Minister and his cabinet ministers. “Is this the job of the Supreme Court,” the bench rightly asked.

The fact that such a PIL was placed before the CJI tells you what is wrong with the current system.

The SC needs to spell out guidelines regarding who can file a PIL and under what circumstances.

Nine, the judiciary was at the forefront of India's battle against corruption. Its orders on the 2G and coal scam are worthy of praise. Having said that, can the judiciary sit in judgment on a case when it is not mandatory for its judges to make a public declaration of assets/

In order to make the system more transparent, judges at all levels must make a 'declaration' of their assets and liabilities.

This must be uploaded on respective court sites. These should be dated, signed and periodically updated at a pre-defined frequency.

Ten, in light of strong and sustained protests against its Sabarimala order, the SC must see that social structures play a big role in the development and evolution of society. Many members of the public were not happy with the way the SC handled the Sabarimala issue. (Source: Twitter)

It would be worth reflecting on what former President Pranab Mukherjee told the fourth retreat of Supreme Court judges in April 2016.

“Each organ of our democracy must function within its own sphere and must not take over what is assigned to others. The balance of power between the three organs of the state is enshrined in our Constitution. The Constitution is supreme. The exercise of powers by the executive and legislature is subject to judicial review. However, the only check possible in the exercise of powers by the judiciary is self-imposed discipline and self-restraint by the judiciary.”

It is only when judiciary recognises its own sphere, can there be dharma.

#Judicial activism, #Sabarimala, #Ranjan gogoi, #Supreme Court
The views and opinions expressed in this article are those of the authors and do not necessarily reflect the official policy or position of DailyO.in or the India Today Group. The writers are solely responsible for any claims arising out of the contents of this article.