You can't stand up to the haters outside if you're not standing up to the peddlers of hatred within.

The hardliner Islamic clergy has always been the reason why Muslims are hated everywhere. Hell, even I hate them for the idiocy they spout, the regressive attitudes they propagate and for not getting their heads out of their 700 AD beliefs.

In my case, since I was born into the community, I'm able to compartmentalise the disgust I feel towards them and the urge to spread awareness and instigate reform amongst the common Muslim. But how can I realistically expect others to do so? Why should they even bother? 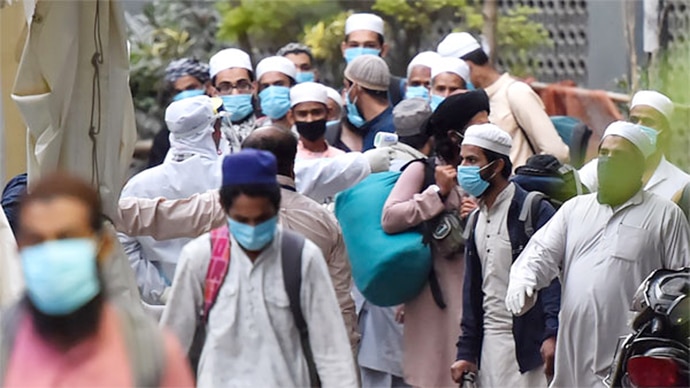 no one cares about the 'not all Muslims' argument. (Photo: Reuters)

The clergy presumably speaks for the community. And the mullahs - too many of them to not lump them together - do still believe in a radical exclusivity. You're either Muslim or you're not, and if not, you're inferior. A Kafir. You need to be converted and saved. Or else we'll keep announcing what we believe will happen to you in the afterlife.

No one, not even the most moderate and secular Muslim, can deny that this is, and has always been, the official position of the clergy of most Jamaats and, as a result, of millions of Muslims across the globe. This is the root of the problem. It's not just Islamaphobia. It's a reaction to Islamic dogma, phobias and paranoias. And it's not going away any time soon.

Remember, there were videos of 'leaders' saying that this virus was Allah's retribution. So when the Markaz tragedy happened, even my first reaction was a vicious relish in the irony. Why would a nation, scared and already politically primed for hating Muslims, not have a much more vitriolic reaction?

As long as the mullahs speak for us, and speak medieval crap, no one cares about the 'not all Muslims' argument. You can't stand up to the haters outside if you're not standing up to the peddlers of hatred within. Until a moderate, deeply secular and modern Muslim leadership emerges and relegates these antediluvian intellectual pygmies to the trashcan of the faith, we can't expect there to be no 'Us v/s Them' narrative.

Unless we stop being 'Us', we will always be treated like 'Them'.

Also read: Tableeghis need compassion in this crisis, not FIR

#Islam, #Coronavirus, #Islamophobia, #Tablighijamaat
The views and opinions expressed in this article are those of the authors and do not necessarily reflect the official policy or position of DailyO.in or the India Today Group. The writers are solely responsible for any claims arising out of the contents of this article.

The writer is a filmmaker based in Bombay.