From sacred to profane: How the holy 'Jai Shri Ram' chant is now a cry of violence to lynch the terrified

Once words of calmness and beauty, the Hindu chant is now a signal, a dog-whistle, a weapon in the hands of lynch mobs targeting the most vulnerable.

If there is anything we have learnt from the events of the last few days, it is that the slogan 'Jai Shri Ram' is now anything but a declaration of calm or pious intent.

It is now, to my mind, a war cry — meant to intimidate and terrorise, and if the mob corners its victim and forces him to scream it out aloud, compliance too is no guarantee of survival.

Tabrez Ansari, who was so grievously beaten on the night of June 18, did not get a reprieve from the murderous mob, even after obeying them and repeatedly shouting 'Jai Shri Ram'. There was clearly no intention of letting him go in the first place. When the mob handed him over to the police, the police reportedly put him in handcuffs and paraded him into the police station. Goodbye, Tabrez: He said it. But he still died. (Photo: Video grab)

This lynching is not the first of its kind to occur this year. According to data from the website Factchecker, this is the 11th instance of a hate crime in 2019. So far, four people have been killed and 22 people injured in mob violence.

Over the last decade, 297 hate crimes have taken place all over India, in which reportedly 98 people died. And the modus operandi is common in most cases.

On June 18, six Muslim youths from Mayenbori were on their way to their workplace in Nepal when they were stopped by some men at Barpeta and asked to raise provocative slogans. The incident took place at about 9:30 PM. The mob asked: "Why did you chant Pakistan Zindabad slogans?" The labourers denied having chanted any such slogans against India. The mob then began beating up the workers. The miscreants also searched the labourers' bags. When they found nothing, the mob asked them to chant 'Jai Shri Ram'. Initially, the labourers did not comply — and were reportedly further beaten up.

Then they were asked to chant 'Bharat Mata ki Jai', which they did promptly. Frustrated, the lumpens kept accusing them of having chanted 'Pakistan Zindabad' and beat them up again. 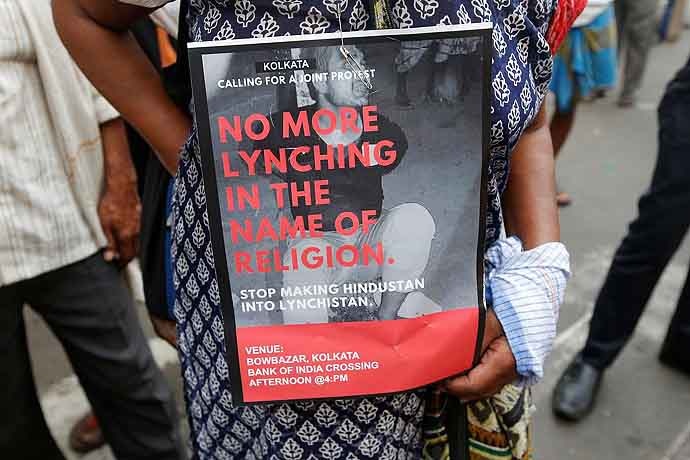 Is anyone listening anymore? (Photo: Reuters)

On June 24, around 3 AM, Faisal Usman Khan, an Ola driver, had his car breaking down while he was on his way to Mumbai after having picked up passengers in Thane. As he was trying to restart his car, three men on a bike accosted him. "I switched on the parking lights and was trying to restart the car when three men on a scooter came from behind and started banging the windows," The Indian Express quoted Khan as saying, "They were reeking of alcohol and wanted to know why I had stopped my vehicle in the middle of the road."

Khan alleged that the perpetrators took his keys, dragged him and one of the passengers out and started abusing both.

"The accused started hitting me with wires and when I screamed out loud 'Ya Allah', I was told to chant 'Jai Shri Ram' if I wanted to be spared," Khan told the police. The perpetrators fled the spot only when one of the passengers started calling the police.

Mohamad Barker Alam, a native of Bihar, residing in Jakob Pura area of Gurugram, was beaten up by a Hindutva gang for wearing a skull cap on June 23 as he was returning from a mosque. "The accused threatened me, saying wearing cap was not allowed in the area. They removed my cap and slapped me, while asking me to chant Bharat Mata ki Jai," Alam said in the FIR, lodged at the city police station.

The day after Tabrez died, on June 24, Pratap Chandra Sarangi, first-time MP from Balasore, Odisha (named reportedly in 10 criminal cases but not convicted in any) asked in Parliament, "Do those who do not accept Vande Mataram have a right to live in the country? ... The country will never accept tukde-tukde gang." Sarangi even managed to work in the name of Afzal Guru in his rhetoric, thus making a full circle of the stereotypical dogwhistle tropes that the BJP uses to signal their loyal voter base.

The reiteration of these catchphrases and tropes simply proves that the BJP is loathe to give up their manufactured narratives, no matter how false they may be. 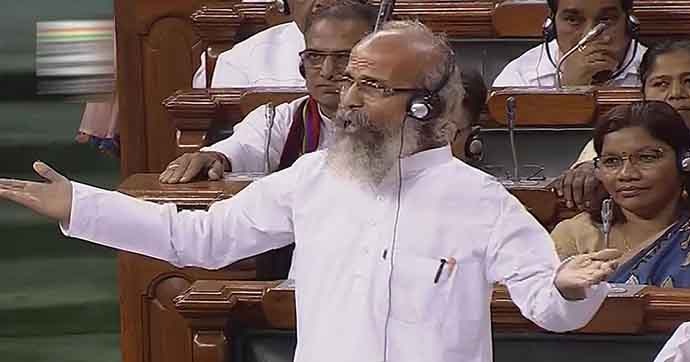 The "it has happened before" excuse to normalise these rapidly escalating communal hate incidents and desensitise the population is also promptly trotted out. BJP spokesman Sudhanshu Trivedi came out firefighting that India has suffered only "minor incidents" in the last four years — and there were no large-scale religious riots. "Our objection is that the political class and a certain section of media want to highlight the [religious] angle in order to malign the image of government," he said. "This is not happening for the first time. It has been happening for years."

According to Harsh Mander, director of the Center for Equity Studies in New Delhi, the lynchpins apparently shoot these lynchings on their cell phones and post them online to communicate an ominous message to vulnerable communities. And when the PM of the country says he is "pained" at these incidents — but no one should "insult" the state of Jharkhand for the murder of Tabrez Ansari — it amounts to sending out a tacit message that enables these lynch mobs to continue with impunity without fear of retribution from the law.

Nobody is misled any more.

We have seen Jayant Sinha garlanding a group of alleged lynch-mobsters. We have seen Vishal Singh, one such accused, sitting in the front row and cheering the Uttar Pradesh chief minister, Yogi Adityanath, during a rally. All India Majlis-e-Ittehadul Muslimeen (AIMIM) chief Asaduddin Owaisi was thus on the button when he said:

BJP's rally organizers have previously prevented people from attending rallies if they were wearing black; but a man accused of such a heinous crime gets first-row ticketsBJP has never missed a chance to show that they'll side with lynchers over their victims https://t.co/aL85SgZ2it

And TMC MP Mohua Moitra is right when she says that we have fulfilled all the conditions necessary for fascism.

In this new India, the idea is to start fires and then crow over the self-fulfilling prophecy that justifies Islamophobia.

The leaders of the Muslim community have shown commendable maturity, especially at local levels. But for how long, is anybody's guess. It is, after all, a matter of survival now.

Also read: 'Junaid was lynched for being Muslim. But we'll live and die as Indians, never Pakistanis'

Post your comment
#Mob violence, #Jai shri ram, #Lynching, #Tabrez ansari
The views and opinions expressed in this article are those of the authors and do not necessarily reflect the official policy or position of DailyO.in or the India Today Group. The writers are solely responsible for any claims arising out of the contents of this article.