My late-night conversation with a taxi driver in Mumbai

To understand Mumbai’s pulse, one has to get into a kaali-peeli (the now-gradually whittling away, but once-ubiquitous Premier Padmini taxi service) and make conversations with the driver. A few days ago, I did exactly that, albeit without any premeditated motivation to figure the cosmopolitan city’s pounding heartbeat. Mumbai, perennially restless and visibly edgy, has its own mechanisms to cope with unpredictability and chaos amidst the maddening fury of incontinent speed. The multinational Citibank smartly called it the “Citi that Never Sleeps”, to sell their ATM services. The city is an insomniac’s dream, if that is possible.

Arriving into the city some months ago from abroad, I encountered a traffic jam at 1.45am at Peddar Road just past Haji Ali. Even for someone who has regularly experienced such bewildering roadblocks for no apparent reason, it was baffling. As we gingerly crawled ahead, one soon discovered the reason for what appeared to be an inexplicable detention; a nakabandi (police check-post) that forced vehicles to make a circuitous bend, even while the traffic cops stood a good distance away blathering among themselves.

I am yet to figure out what the purpose was behind the charade (perhaps a mandatory requirement), but seems to have Mumbai adhered to it without complaining. No one pulled out a gun and said “Tu jaanta nahi ki mera baap kaun hai?” (You don’t know who my father is!).

How long have you been driving here in Mumbai, I ask my driver, a man probably in his early sixties, but clearly worn out by the interminable navigating on Mumbai’s roads to avoid collision with any one of the 32 lakh motor cars daily on the road. He wore a crumpled white kurta-pyjama, his beard was grey, his loose fitting slippers contrasted with a tightly snuggled skull cap on his head. 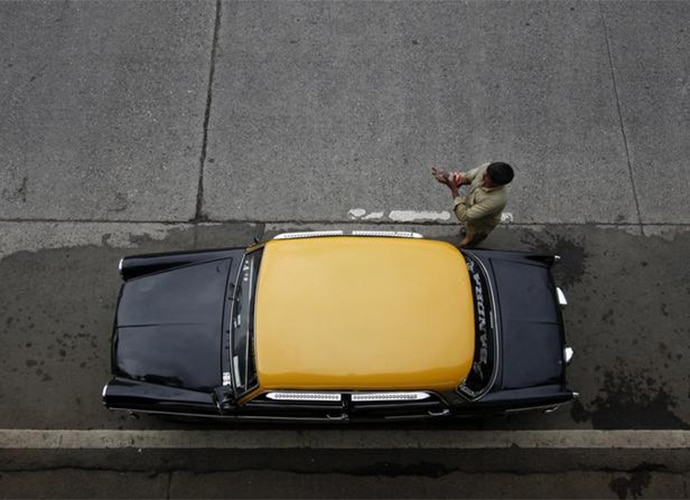 He wore a crumpled white kurta-pyjama, his beard was grey. (Photo: Representational/Reuters)

Suddenly a motorcycle zips in front of us from the left, reminiscent of the “law and disorder” of the nihilistic Delhi traffic. Interestingly, the one on the pillion seat wears a helmet, while the young man at the wheel shows off his Mohawk hair with a golden streak — a ridiculousness that is hard to ignore. “Today’s youth,” he says, shaking his head, more in amusement than anger, “They are directionless”.

His words have sublime profundity written all over them.

“I come from Faizabad in Uttar Pradesh”.

“Ah,” I interject, “the place which has captured India’s public imagination for long — Ram Janmabhoomi and the now-desecrated Babri Masjid”.

He ignores me, not sure perhaps about where I am leading the conversation towards. But I am curious to know more, especially as the Supreme Court is reportedly expected to start hearings in the disputed case from October 29th, 2018.

He continues “There is peace over there albeit there are many trying to instigate communities”. It is a sensitive subject, and I think it is prudent to not compel him to speak about it to a complete stranger. I certainly cannot be like the “North Korean TV” anchors I publicly chastise. The BJP has not fielded a single Muslim candidate for the Lok Sabha in 2014 or the 403 Assembly seats in Uttar Pradesh, which has a 20 per cent minority population. Popular representation remains an academic fantasy.

His face abruptly lights up, and he utters enthusiastically; “Modi will lose.”

I pretend to be unconvinced and prod him further “You really think so?”

“Yes. He has done nothing. Nothing,” he said; his affirmative tone conveying genuine distraught and dismay at the state of the nation. The reneged promises apart, the Muslims in UP have felt the heat of a rising communal Fahrenheit in the form of “Ghar Wapsi”, “Love Jihad”, lynching, anti-Romeo squads and encounter killings, primarily targeting them. It has been a difficult period. Communal politics is the elephant in the car and I can feel the impenetrable tension of it even when we screech to avoid a jaywalking teenager with headphones on. 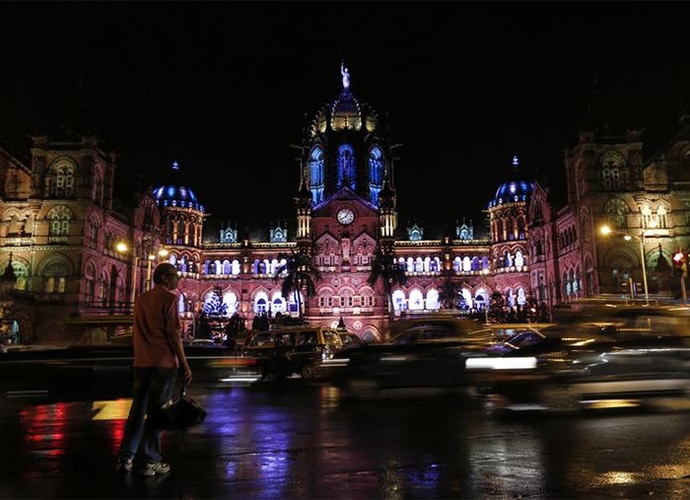 “What do you think of the Congress party’s chances?” I ask, awaiting his answer with breathless anticipation.

“Only if they do a mahagathbandhan (grand alliance)”, he says with the flair of a seasoned psephologist. “I have always been a Congressi. My family has always voted for the Congress,” he says reassuringly, his incalculable faith in the grand old party evident.

As I am about to reach my destination, my mobile phone rings.

It is a TV channel that wants my view on the RSS chief Mohan Bhagwat’s speech on Dussehra day where he talks of building the Ram Mandir. I give my two cents of wisdom in English but the driver, perhaps, senses what I am talking about; the dispute is sub judice and we should not prejudge a religious matter pending before the Supreme Court.

I pay him the fare, and ask him to keep the change. He seems astonished that I let the large residual be with him. But it’s the least I can do. He soon disappears into Mumbai’s labyrinthine jungle, one solitary brick among monstrous skyscrapers, unknown, unheard, unseen, and yet a part of its larger construct; a voice of Mumbai, a soul of India and one of our own — and someone who has dropped thousands of us home or to a meeting place or our offices safely.

I didn't even ask him his name.