On December 28, a bill criminalising triple talaq was rushed through the lower house of Parliament and passed without much opposition. By late evening, the Muslim Women (Protection of Rights on Marriage) Bill, 2017 (triple talaq bill) had been passed.

In fact, the most vocal opposition was by AIMIM president Asaduddin Owaisi. It was opposed by MPs from the RJD, AIMIM, BJD, AIADMK and All India Muslim League. They called it arbitrary and flawed.

We had all rejoiced when the Supreme Court declared the practice of triple talaq as unconstitutional. That is how it should be. It was a practise that had no basis in either Quranic or constitutional law. I had rejoiced as an Indian, as a woman and as a Muslim that Indian Muslim women would get justice and not be at the mercy of their husbands.

In Islam, marriage is a civil contract and not an eternal bond which can’t be dissolved. The Quran has prescribed talaq, but to be pronounced by the husband over a period of three months with attempts at reconciliation and arbitration. The woman can ask for "khula" which is a more complicated process and I had argued for a model nikahnama whereby both men and women have equal rights in matters of divorce. Matters of custody, maintenance etc, can also be pre-decided as the nikahnama serves as a pre-nuptial agreement. 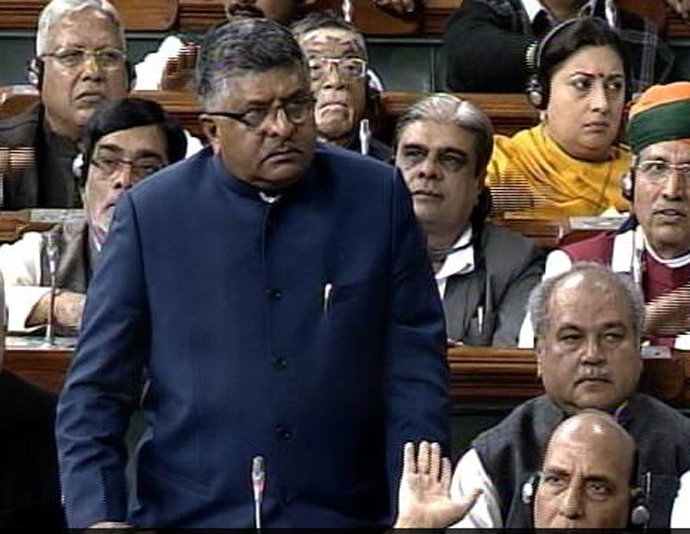 First of all, let me clarify that it was talaq-e-biddat or instant triple talaq (pronounced in one sitting) that is under discussion. This was often given in anger, in an abnormal state and many a times regretted. Now that the Supreme Court had made it illegal, it doesn’t hold. The woman who has had her husband say this is not divorced.

The reason for bringing this bill in Parliament was that despite that judgment it had not acted as a deterrent.

In fact, law and justice minister Ravi Shankar Prasad even said that despite the Supreme Court setting aside talaq-e-biddat, it is seen that it has not worked as any deterrent.

While fighting to get the instant triple talaq declared illegal and unconstitutional, I had argued as an Indian protected by the Constitution, as a woman who demands and expects equality, as a practising Muslim who is aware of her own rights as given by the Quran. Once again, I question the Muslim Women (Protection of Rights on Marriage) Bill, 2017 on the same basis.

I am neither a lawyer nor someone who has studied law. But as a responsible citizen of a democratic country, I have the right to question my government. My basic question is why was something that was already declared null and void sought to be criminalised? In fact, the Supreme Court itself did not ask this to be made into a law.

Now to the question - why am I worried?

This bill, if passed into a law, prescribes a punishment of a fine and imprisonment up to three years for the husband. It is also cognisable and non-bailable.

Let’s understand what cognisable means: it means that a policeman does not need a warrant to arrest the accused. It also means that the complaint can be made by not just the victim, in this case the wife, but by others too. In fact, any information against the husband can lead to an arrest.

Care to think how it will be misused? Anyone with an axe to grind can get a Muslim man jailed. The way our courts are over burdened it may be a long time before justice prevails. As Indian Union Muslim League MP, ET Muhammed Basheer, said it was “taking a gun to kill a mosquito”. There will definitely be more blood and damage in the house than that of a tiny mosquito.

The other provisions of the bill are subsistence allowance for the wife and dependent children and custody of children to the wife. Many argued last evening that how can a man who is in jail provide for his family or fight a custody battle for his children since no court will grant custody of children to a man in jail? A woman who sought to save her marriage by ensuring that instant triple talaq is illegal is not being served justice if her husband can be thrown into jail on a cognisable and non-bailable warrant. Just imagine her life. Imagine the life of her children. And to top it all she’s still married to him. Since the instant triple talaq has already been declared illegal she can’t even remarry after the iddat or waiting period.

This is a hasty bill, not well thought out and, of course, not well-drafted.

What was the hurry? Why was no member of the community that this bill was aimed at consulted? Neither the BMMA (Bhartiya Muslim Mahila Andolan) or Bebaak Collective, both Muslim women groups which had fought against instant triple talaq in the courts, were consulted. And this is why I'm worried.

In a climate where Muslim men are already living in the fear of being lynched for being perceived as cow smugglers, eating or storing beef, for "love jihad" etc, one more law could be added to harass, jail and demonise them.

Shameful display of brute force passing the TT Bill turning muslim husbands into criminals , this is not what we fought for in the Supreme Court of India

Just as noted lawyer Indira Jaising, who too fought for making instant triple talaq illegal, tweeted, this is not at all what we fought for in the Supreme Court of India.