Freedom elusive on Independence Day: Why the likes of Umar Khalid get attacked

'A patriot must always be ready to defend his country against his government' is an idea clearly lost on independent India.

“The lynch mob is not just there out on the streets. There’s a lynch mob in the studios as well… If something were to happen to me tomorrow, do not just hold the person who has carried out the hit-job responsible for this; also hold the people [responsible] who are making the lives of so many people vulnerable, by doing what they do.”

Student activist, popular (or notorious; depends on who you’re asking) dissident and involuntary member of the fictitious coterie known as the “Tukde Tukde Gang” said these words on August 4, at a panel discussion on media trials, eerily foreshadowing what would happen barely 10 days later. On August 13, Khalid became the target of an alleged “hit-job” right outside New Delhi's Constitution Club.

Barely a kilometre from Parliament — one of the most secure locations in New Delhi — at the Constitution Club, a couple of days before India’s Independence Day, around 2:30pm on August 13, Khalid, among others, were all set to attend an event, ironically titled “Khauf Se Azaadi (Freedom from Fear)”. Outside the venue where Khalid and his compatriots were having tea, he was attacked by the yet-unknown assailant.

According to reports, the assailant, who was carrying a gun, allegedly held Khalid from behind and pushed him on the ground. When Khalid and his friend tried to defend themselves, the attacker managed to escape. A senior Delhi police officer was quoted saying, “The CCTV footage clearly shows Umar Khalid was attacked by a miscreant, there was a bit of a scuffle between them and then he ran away from the spot. We cannot confirm whether the attacker shot at Khalid.” 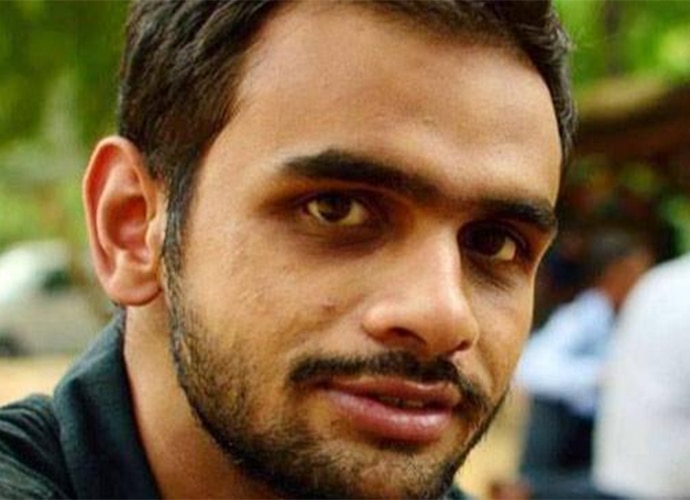 “The pistol recovered from the spot is an old one and is rusted and jammed. We have also recovered all the six live cartridges and sent it to Central Forensic Science Laboratory (CFSL),” said a DCP told The Indian Express.

Saifi, an eyewitness — who was with Khalid at the time of the attack — however, claimed that three people approached Khalid and his friends, and, "One of them got hold of Khalid, which he resisted. There was a melee as a gunshot was heard. But Khalid was not injured. While the accused were fleeing, they fired one more shot.”

According to another eyewitness, who spoke to ANI, "We were at a tea stall when a man in a white shirt came, pushed and opened fire at Umar Khalid. Khalid lost his balance, fell down and the bullet missed him."

No freedom for the “damned”

Shot at or not, Khalid was definitely attacked by an armed man.

This attack could easily have proved fatal and India’s 72nd Independence Day would have been a grim reminder of just how hollow such a celebration is. More than seven decades after the country gained freedom from British colonisers, freedom, as a concept, is still highly misunderstood (and elusive for a section of the population) and words like “patriotism” have lost their meaning.

American author Edward Abbey had once famously written that, “a patriot must always be ready to defend his country against his government,” but in the India of 2018, the majority seems to consider those who question the government the enemies.

And who is to blame for that?

Student activist — and yet another involuntary member of the “Tukde Tukde Gang” — Shehla Rashid told DailyO in 2017 that certain sections of the media had made it their mission to vilify activists and dissidents. Comparing two television channels that have often been accused of spreading propaganda and acting like government mouthpieces to Radio-Television Libre des Mille Collines (RTLMC), a Rwandan radio channel that aired from 1993 to 1994, whose pernicious propaganda played a significant role in the Rwandan genocide of the Tutsi by the Hutu people, Rashid voiced her concerns about her safety and Khalid’s, saying: “God forbid, if Umar [Khalid] gets lynched tomorrow, who is to be blamed? The people who are creating this image for us.”

But it is not just acrimonious television anchors with malicious intent that are to blame. The blame lies also with the government; one that lets its party members say things like intellectuals who raise slogans would (under their power) be gunned down by the police.

The blame lies also with supporters of such parties and leaders who, immediately after the news of the attack on Khalid broke, resorted to peddling the idea that the attack was 'staged' and nothing more than an attempt to garner left-wing and liberal sympathy. The same people who have dubbed dissenters “anti-national” based on hearsay and doctored evidence.

The blame lies with a prime minister who refuses to talk (at least to anyone other than sycophants) about the culture of violence that has been created in his regime, a culture that has celebrated the death of rationalists like Gauri Lankesh, defended gang-rapists of a child and garlanded murderers who lynch in the name of “gau raksha”.

Of course, pithy arguments like these are as likely to change the current state of affairs as anyone in India actually, genunely, listening to what Mahatma Gandhi ever said.

Free India at 71 does not know how to act its age.

If those who question or criticise the government are met with attack and subsequent antipathy, what is the point of putting up a grand show, decked in tricoloured banners, full of uniformed men and women at the Red Fort on August 15, year after year?

#Freedom of Expression, #Shehla Rashid, #Tukde tukde gang, #Umar Khalid
The views and opinions expressed in this article are those of the authors and do not necessarily reflect the official policy or position of DailyO.in or the India Today Group. The writers are solely responsible for any claims arising out of the contents of this article.