The world has got together as one.

Who is Rafael Aroush? Does anyone in India even know or care for?

Rafael Aroush is a volunteer rescuer and diver. He says the cave is very tight and there are too many people inside - but they need all of those crews to get the boys out. @7NewsSydney @7NewsMelbourne @7NewsBrisbane @7NewsPerth @7NewsAdelaide pic.twitter.com/O5wAVB1aZG

“Stunningly indifferent and disempathetic media interest”; as social media christens it; is what we have in India for Thailand cave rescue mission.

The mission to rescue 12 boys and their 25-year-old coach trapped deep inside a flooded cave in northern Thailand, which started on July 8, is underway.

An international contingent of 13 specialist divers and five Thai Navy SEAL descended into the watery network of underground tunnels below the Mae Sai mountains, carrying the hopes of an entire nation, nay the world.

"Our readiness is at the highest today. Today is D-day," said Chiang Rai's Governor, Narongsak Osottanakorn, adding that the families had been informed about the rescue plans.

The plight of the boys, trapped inside the caves for 15 days, has transfixed not only Thailand, but the whole world (except us, to be true, for we have more important things to care for), as rescue efforts have become ever more urgent.

If one tunes in to CNN or BBC or ABC or Sky News or even Al Jazeera, there is wide coverage of the emotional drama at play. The 18-member rescue team is attempting something for the first time. 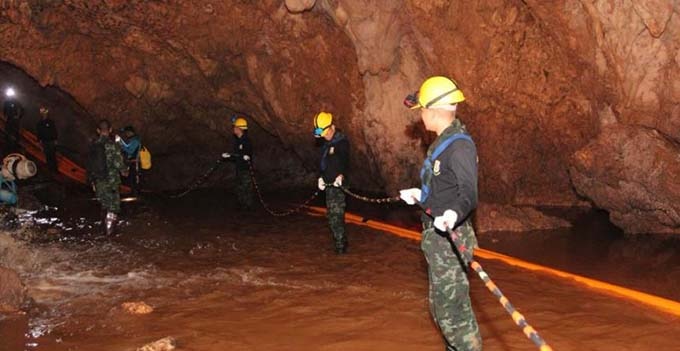 The plight of the boys has transfixed not only Thailand [Photo: Thai Navy SEAL Facebook page]

We have, of course, so many other issues to cover and be concerned with. Sad!

The "Wild Boar" football team went exploring in the Tham Luang cave network after a football  game on June 23 and got trapped kilometres deep inside the cave system as floodwaters, caused by heavy rains, blocked the entrance .

The 12 children, all aged between 11 and 16 years, are accompanied by their coach, Ekkapol Chantawong, 25. Ten days ago, it was a British team of divers which spotted the “trapped boys and man in good spirits”, and it is the same team that is leading the rescue effort.

Hold your breath and pray for the boys and man. 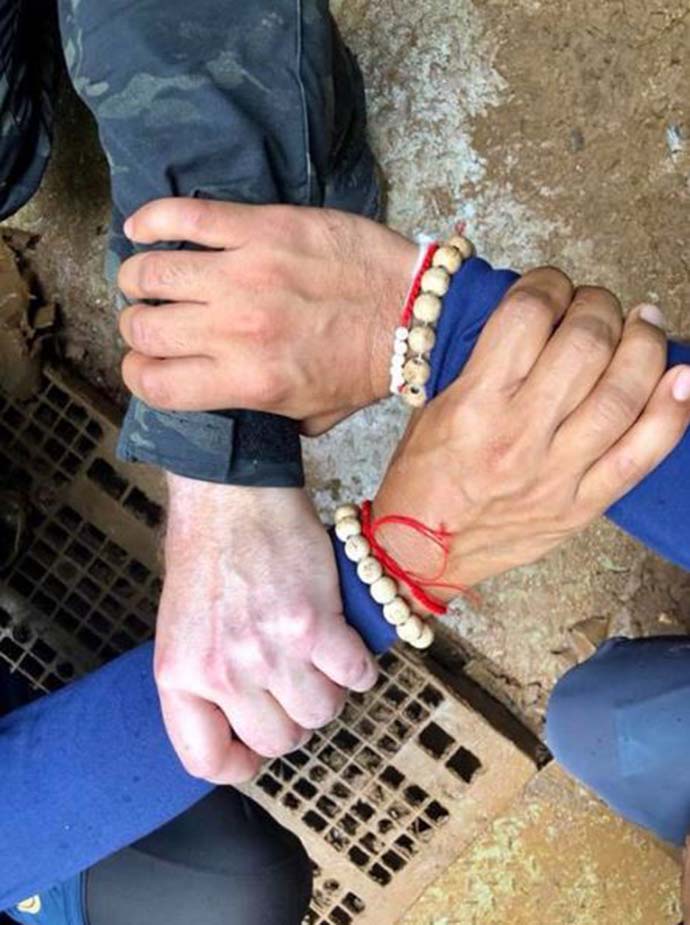 Does the nationality of any of the divers matter?

We have seen videos of the boys in smiles and their loving and emotional letters written from the inside.

The coach has sent his "apologies" to the parents of the boys in a scrawled note handed to divers.

"To all the parents, all the kids are still fine. I promise to take the very best care of the kids," Chantawong said in a note given to a diver on Friday. The note was published on the Facebook page of Thai Navy SEAL on July 7.

“Don't worry dad and mum," said a note from one of the boys who gave his nickname as "Bew".

"I have been away for two weeks, but will come back and help you sell your stuff." His parents are shopkeepers.

"Love to Mum, Dad and my little brother," reads one note from 15-year-old Phiphat Photi — who is better known as "Nick".

"If I get out, please can you bring me some grilled pork and vegetables?" 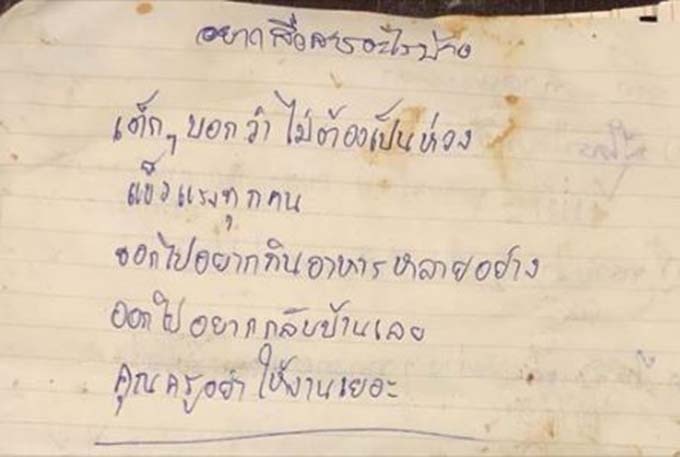 "I love you, Dad, Mum and my sister. You don't need to be worried about me. I love everyone!" wrote Pheerapat, nicknamed "Night", who turned 16 inside the cave.

The rescue efforts, the Thai mayor has said, would last more than two weeks as the process would be “very, very critical and slow-moving”. A former Thai Navy SEAL Saman Kunan, 37, ran out of oxygen and died.

There is unbelievable human drama in action. The media has been removed from around the cave to ensure that the mission is free of any diversion. The coverage is still on.

Who then is Rafael Aroush?

He is a brave, large-hearted, soft-spoken Israeli diver who was part of the critical link between the 13-member international team and the five-member Navy Seals team. The mission is still on [Photo: Reuters]

Does his nationality matter?

Does the nationality of any of the divers matter?

In this humanitarian effort, the world has got together as one.

Therein lies the message to all of us.

All the differences, be it as national, race, colour, caste, creed, religion, whatever, diminish at one point and unifying factors such as empathy, love and compassion take over.

The mission has still a long, long way to go.

As the parents, friends and Thais are in prayers — even the threats of monsoon rains are looming large — it’s time for us to also to pray for the 12 boys and their coach. You would agree for sure.

#Navy, #Thailand, #Nationality, #Thailand cave rescue
The views and opinions expressed in this article are those of the authors and do not necessarily reflect the official policy or position of DailyO.in or the India Today Group. The writers are solely responsible for any claims arising out of the contents of this article.