Beyond the Porsches: Why I am happy just being the 'Steve Jobs of Ghatkopar!'

What is the point of a huge bank balance or a convertible sports car or a celebrity halo, if the heart is not content?

I woke up one fine morning to a WhatsApp message from a friend which was awash with 'LOL' and associated smileys that mirrored paroxysms of laughter. He had sent me a cut-and-paste Twitter post wherein a famous picture of the iconic Apple founder and maverick genius, Steve Jobs, was juxtaposed with my own — both of us semi-balding, wearing black turtle-neck polos and sporting an erudite countenance.

The creative colossus had nicknamed me the 'Steve Jobs of Ghatkopar.'

Ghatkopar is a suburban locality in eastern Mumbai, located on the Mumbai Central railway line.

Social media is not as carcinogenic as it is made out to be.

It is amply foul, yes, but occasionally, it does flabbergast you. I am mostly active on Twitter wherein there is a 24x7 brutal bloodfest on — reputations are destroyed, Left-wing activists intimidated, feminists are abused and all and sundry are repeatedly advised to stay away from criticising India’s Prime Minister, Narendra Modi.

Mostly, the Right-wing Internet storm-troopers — I affectionately call them #ModiToadies, while the popular description is a more reverential #Bhakt — are the men on the prowl, looking for anyone who dares to say #ChowkidarChorHai. A mighty club then knocks them out, before the deadly piranhas get ready for the big banquet!

But this was an innocuous face-off and substantially jocular. My colleagues laughed too.

Frankly, I thought that it was an uproarious tag! I roared myself at the mischievous comparison. It was wickedly funny, there was nothing vituperative about it. In fact, I felt quite happy to be in the same photo-frame with a man whose Stanford speech, 'Stay hungry and stay foolish,' remains one of my favourites.

I also use the iPhone. 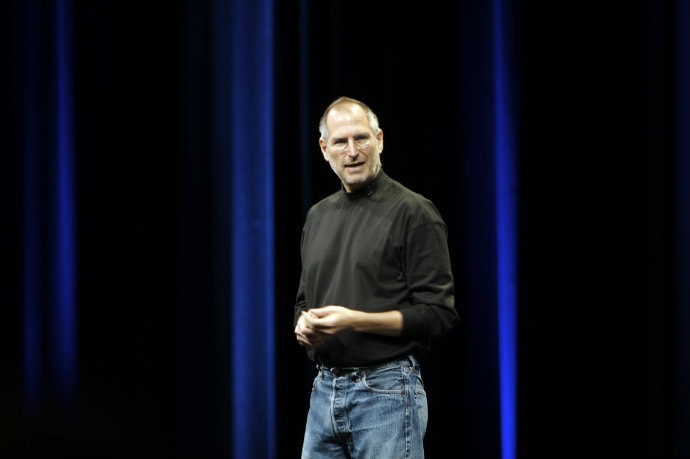 'Stay hungry and stay foolish,' remains one of my favourites. (I also use the iPhone). (Photo: Wikimedia Commons)

But seriously, being an incorrigible optimist, it got me thinking. Perhaps being a national spokesperson of my party, wherein we are subjected to some highly prejudiced television anchors and jaundiced questioning, has taught me one thing — if you get a lemon, make lemonade. It is one of the dictums of the guru of self-help, Dale Carnegie. By an uncanny coincidence, my fresh lemon drink came in the form of a book titled Small Fry.

Small Fry is a poignant autobiography of a young girl whose father refused to acknowledge her, going so far as to say that “28% of American men could be her father.” Her parents had a fleeting romance in their precocious years, but things suddenly torpedoed downhill. The father was forced to do a paternity DNA test to establish his parenthood and undertake the moral obligation of funding her tuition fees of $385 USD per month — which he had continuously refused. By the time she was 7, she had shifted 13 homes and lived in borderline penury with her struggling mother.

Even as she combated to eke out a meaningful existence, her father drove a stylish Porsche convertible, rumoured to be changed if the snazzy four-wheeler sports car got even a tiny scratch. He had just successfully effectuated a staggering Initial Public Offer (IPO) of his company valued at $200 million USD.

But the little girl grew up apprehensive — am I ugly? Or am I an embarrassing blot on his insuperable greatness?

“I am sorry... I wish I could go back," said Jobs. (Picture for representational purposes only) (Photo: Wikimedia Commons)

The father subsequently suffered from pancreatic cancer and bravely fought it out until it metastasised into an unrelenting killer.

But before he died, he made peace with his little estranged girl, once described by her step-sister as “Daddy’s mistake.”

Once sundered from her father, she discovered that behind his calculatedly cold and frequently disinterested façade about her life, lay a fragile man coping with his own emotional susceptibilities. As he lay dying, reduced to abject thin bones and a body that could not move, Steven Paul Jobs said to Lisa-Brennan Jobs, “I am sorry. I know it’s too late. I wish I could go back, I wish I could change things. Maybe next time, if there is a next time, we can be friends. I love you.”

Jobs cried, and it was left to his rejected, neglected daughter of decades to console him.

“But why didn’t you tell me this before?” she asked.

The man who redefined consumer electronics, revolutionised the music industry and made mobile telephony a veritable surreal experience said, “Because I don’t know how to communicate.”

At the time of his death in 2011, Steve Jobs was worth approximately worth $8 billion USD.

At Apple’s current market capitalisation of nearly US$ 1 trillion, you can estimate his net worth. Because some things matter more in life than your bank account. (Picture for representational purposes only) (Photo: Wikimedia Commons)

I sit back now and read two letters, gingerly snuggled under the glass-sheet on my work table.

One says, “Thank you for everything. You are the best father anyone can ask for.”

The other says, “Thanks for being my eternal cheerleader and treating me like the centre of everything, no matter how old I get.”

I swell up, and for a transient moment, believe that for all my faults, flaws and failures, perhaps this is my ultimate redemption.

They are right. I don’t need that huge bank balance or the convertible sports car or the celebrity halo. I don’t want to be the world’s greatest disruptive innovator with Walter Isaacson researching a biography of me. 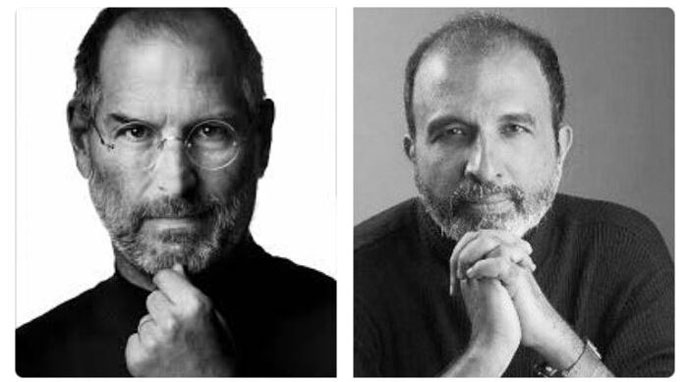 I am just happy to be the Steve Jobs of Ghatkopar.