I was hit and left bleeding to die. Three months on, I'm afraid again

The accused got bail and the victim jail.

"…on the day of incident applicant had dragged the victim towards bushes and had hit her on head with intention to commit her murder.

Without going into the merits of allegations against the applicant, as he has now been in custody since April 7, 2017, and a chargesheet has already been filed, and the injured was discharged from hospital long back, the applicant is ordered to be released on bail…"

The assailant who hit me and left me to bleed to death got bail on Monday (July 10). He got bail before my wounds had completely healed, before I was wheeled in for a second surgery to replace a piece of my missing skull.

That’s how the legal system operates. I am a file for the police, a headline for the media; I stopped being a person on the day of the attack.

To keep him in jail for three months, I video-recorded a statement with Vijayanta Arya, additional DCP, while I was still bandaged and attached to two IV tubes in hospital. I recorded another statement in Rohini district court, this time, in-camera with a magistrate. In between, I identified him in a "line-up" in Tihar Jail, in the presence of a judge.

Regular visits to the neurosurgeon are part of my routine. I take cabs and public transport because I have been asked not to drive due to my head wounds.

He was right, I was better off that way.

I smiled self-consciously and touched my head. Being a good doctor, he understood. Tufts of hair were missing where stitches were pulled out. He prescribed medicines to put back hair on my scalp, along with medicines to continue the healing.

When I felt a pulsating sensation or sharp pin-pricks in my head, Dr Sachdeva advised me to ignore them. The pin pricks are a sign of nerves joining and forming bulbous points. Nerves which got cut when surgeons tried to piece my skull together. The pulsating sensation is supposed to go away with the second surgery.

Neighbours dropped in, asked my old parents to recount the attack. I was not "provocatively dressed", had not behaved "provocatively", and was not out at a "provocative time". But nothing mattered. I had to be reined in. My physical boundaries had to be re-set.

Liberal friends had other concerns. "Had the untrustworthy police caught the right man? Was the accused really guilty? What made him do it?" 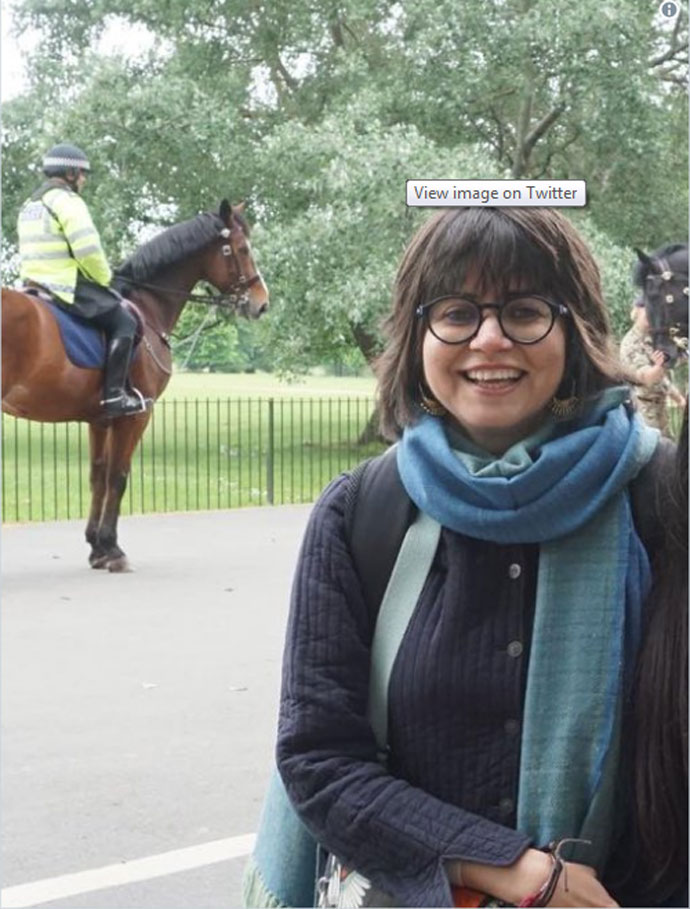 The boundaries of my movement, what time I got back, who I went out with had been negotiated and pushed back over years for a city woman to emerge on her own terms and yet stay 'respectable'. Strong to not just cope with the trauma, medically and emotionally, but to deal with the criminal justice system in India, which places its heavy foot on the victim’s back.

I had a few breakthrough post-trauma moments: the company of a female pilot who is sharp and funny, a friend from Mumbai who gifted a book and fitted me in her tight Delhi schedule which included pre-wedding plans, someone from Chennai who looked me up because we have always looked each other up, spent long hours discussing politics and trying to make sense of this world. Two old friends I adore were allowed to drop in home — the Punjabi brought fruits, the unsociable and arrogant Bengali himself. A walk with a former colleague whose presence made it worthwhile that I had survived.

A walk in the clouds

I had identified the accused in a line-up in Tihar Jail. Ten identically-dressed men.

“Step closer. Don’t be afraid,” said the judge who was present on that day and had kept me waiting for over an hour. “Do you know what he did to me?” I said, removing the cap from my head.

As I waited for the paperwork to be completed, it crossed my mind: he was in jail but so was I. The boundaries of my movement, what time I got back, who I went out with had been negotiated and pushed back over the years for a city woman to emerge on her own terms and yet stay "respectable".

The boundaries were back in place.

The accused and the victim, connected forever. Both in jail.

On July 10, he regained his freedom. I will never gain back mine. Sometimes my boundaries are created by medical science. Dr Sachdeva still does not allow his patient to drive and the Metro is ruled out till re-constructive surgery takes place.

Sometimes my fear sets limits. I was out reporting in Kirti Nagar and felt afraid at 8 O’clock as it grew dark.

A few boundaries I tried to break by going "up-market", and failing.

“Ah… in this park no one will attack you, this is the park where Jairam Ramesh comes for a walk,” said journalist Hindol Sengupta on spotting me in the majestic Lodhi Garden, which, for me, is more than an hour away from home.

“Some part of this attack will always live with you. You better accept it,” said my sister.

"And you have to be strong."

Strong not just to cope with the trauma, medically and emotionally, but to deal with the criminal justice system in India, which places its heavy foot on the victim’s back. I am under the microscope, required to give repeated statements and testimonies. Not a smidgen of an effort is made to psychologically profile the attacker, find out why he did what he did, and whether he is likely to repeat it.

I learnt the police is grossly understaffed, thanas work with half the strength they need. Three-fourth of police in Delhi is dedicated to VIP duty. Add to that the sheer inertia and inability of the criminal justice system to modernise or go for speedy trials.

“Why do you think he attacked you?” the judge recording my in-camera statement asked. “Do you know his name?”

“Bail is his right,” the investigating officer told me.

And oh, did I tell you, the accused got bail on Monday? I did!

If the city is unsafe because of it, it is unsafe for all women. Why should it be my fight alone?

#Criminal Justice System, #Laws, #Women's safety, #Delhi
The views and opinions expressed in this article are those of the authors and do not necessarily reflect the official policy or position of DailyO.in or the India Today Group. The writers are solely responsible for any claims arising out of the contents of this article.