Indian women aren't safe in Uber. How a trip scarred me for life

Every time I shut my eyes, my mind kept going back to the moment the driver stopped the car.

I was at a colleague's place for dinner last evening. At about 10.49pm, I took an Uber from Sector 21 in Noida. I had to go to Sector 100, Noida, a 15-minute journey at that time of the night. I got into a white Hyundai Xcent. My colleague saw me off. The driver gave me a smile the moment I got into the cab, and we set off.

About four to five minutes later, while we were on the underpass crossing the Great India Place mall, the driver asked me where I had to go. I could feel the stench of stale alcohol emanate from his breath, alcohol that he had tried to cover up with a paan. I looked outside and realised there was no way on earth I could have stopped there. We had taken a left turn towards the Noida-Greater Noida Expressway by then. The road was deserted but for speeding cars. My watch said 10.55pm.

The driver continues driving at about 100kmph. And even while the speed begins to bother me, I stay shut because all I want to do is get back home. Quickly. 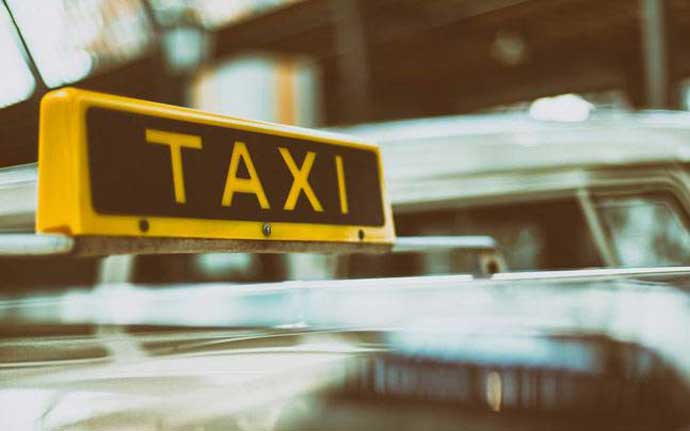 I ask the driver to end the trip before getting off and into Vivek's car. He doesn't end the trip. I ask him again. He gives us a cold stare. We leave. I cancel the trip on my way home. Photo: IndiaToday.in

We get on the expressway. He takes the left towards the road that runs parallel to the expressway. After we cross the road towards Sector 45, and another four-five minutes later, the car comes to a halt. I ask him what the problem is. He tells me, "Petrol nahi hai." It took me all about a fraction of a second to realise what was going on.

At this point, I'm at a loss of words, hoping that I don't freeze. The driver locks the doors. He then switches on the light inside the car, and I snap at him to turn it off. That stretch of road near the expressway is notorious for incidents of people being dragged out of cars, for people being looted, for stationary cars being robbed at gunpoint, and the worst kinds of horror you can imagine.

I call up the colleague whose place I was at for dinner. Meanwhile, I see that the driver is calling someone too. When my colleague answers the phone, I start telling him that the car had run out of petrol and that we were stranded on "that" stretch. Right then, a few stray words hit me from the driver's conversation with his "brother". He says the word "petrol", "petrol pump", "expressway ke paas", "saawari", "client". Till now, I was still trying to keep my calm. While I am still talking to my friend and weighing my options, the driver calls up another person. He uses the word "aurat". That word triggers something in me that I can only describe as a panic attack. I try to pretend to sound as composed as possible while telling my friend the exact location of the stranded car. He takes off from home.

The driver now asks me, "Aapne kisiko bulaya aapko lene?" I say a yes. He tells me, "Aap 10 minute rukk jaiye, mera bhai petrol leke aata hi hoga." I ignore him and call my friend again to check where he is. He tells me he's almost on the expressway. It's about 11.05pm now. In between, the driver has made two more calls, to the two people he spoke to earlier. I keep telling myself everything is going to be okay; Vivek, my colleague is almost there.

Several cars pass us by. I see a UP police patrol van too speeding by. I wait for another three to four minutes, while on call with a friend, pretending to laugh and discuss that Vivek is reaching soon. The driver calls his "brother" again. No petrol, no brother.

At about 11.12pm, I see Vivek's car pulling up next to us. I ask the driver to end the trip before getting off and into Vivek's car. He doesn't end the trip. I ask him again. He gives us a cold stare. We leave. I cancel the trip on my way home.

We discuss the entire chain of events, trying to make it sound lighter than what it was. Vivek drops me home and leaves. Once I walk inside, after about 10 minutes of just sitting quietly and trying to wrap my head around the events from the night, the realisation begins to hit me. In waves. I break down while tweeting out the entire chain of events.

I file two complaints on the Uber app. I send Uber Support a direct message on Twitter with my email id and phone number. About half an hour after my complaints on the Uber app, two mails from Uber land in my Inbox; one saying that I had complained about the same trip "multiple times" and that they were "resolving it", and the other saying they couldn't "get in touch with the driver-partner" owing to the "lateness of the hour". Over the next couple of hours, friends and colleagues call and message asking if I was okay. I spend a sleepless night trying to get over the events. Every time I shut my eyes, my mind kept going back to the moment the driver stopped the car.

This morning, after overwhelming support from Twitter, friends and colleagues, Uber reaches out to me. Over a half-hour phone call, they say they were investigating the matter and that the driver's phone was switched off ever since my trip got over. They assure me that his account has been suspended and he has been "off-boarded". I get a long mail from Uber, reiterating the phone conversation.

Now, about 20 hours later, all I can do is thank my stars that my friend made it in time. That he reached me before the driver's friends could. That my friend's 6 per cent battery on phone and occasionally-malfunctioning car did not break down on the way. That I am home, safe. Scarred for life.

Also: Women are more unsafe in Modi's India (and data proves that)

Post your comment
#Crime Against Women, #Women, #Uber
The views and opinions expressed in this article are those of the authors and do not necessarily reflect the official policy or position of DailyO.in or the India Today Group. The writers are solely responsible for any claims arising out of the contents of this article.