Avengers Endgame Movie Review: Why the 'universe' will never be the same again

This is not a win for Marvel or the Russo brothers alone. This is a big win for every cine fan.

Imagine being struck by lightning, drowning deep in the ocean & crash landing after falling from space. Now imagine surviving all of that, in fact, imagine all these catastrophic events somehow miraculously making you more powerful than ever. Burnt down to the ground and then that one in 14 million chance of coming back from the ashes, literally. That is Endgame.

Epic would be an understatement. As a viewer you completely lose yourself in Avengers: Endgame. Now I pride myself in being a non-conformist but that is what I've told myself. I actually play by the rules, but every now and then I like a low-level, risk-free adventure. Just to feel like an outlaw.

So, even though there is a campaign for a spoiler-free discussion on the film, here are some 'yes' or 'no' — very obvious (and some not-so-obvious) spoilers. 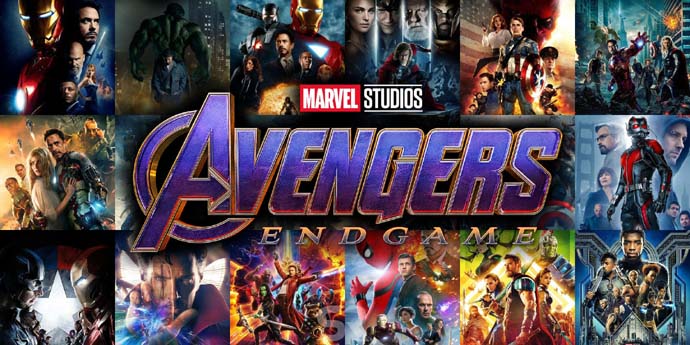 Q. Do the fallen Avengers return?

Q. Do we lose any of the Avengers?

Back to the review:

Any sort of victory in life comes at a great cost. That's what director Joe Russo told me when I enquired about the return of the lost Avengers, including his favourite Spiderman. Who survives and who falls? In the end, it doesn't really matter. This film is easily the most satisfying cinematic experience I have had in a long time. The Russo brothers should sweep all major awards, including the Oscars, the globes and the critics' choice trophies. If we fail to recognise their achievement because of our deep-rooted prejudices towards superhero flicks, then we should not call ourselves movie buffs or critics or just about anything.

I don't want to spoil the fun for you. So, I'm not going to describe any sequence or talk about plot at all. But what I will do is refresh your memory.

Superpowers, bodysuits & intergalactic species don’t impress me; I love an old-fashioned fist fight. Thus, I silently cheered for Thanos as he tossed the hulk like a rag doll in the opening scene of Infinity War. The sociopathic, greatest mass murderer in the universe was so bad — he was good.

Thanos was as convinced about his ideology as the Avengers, but he seemed more committed to his cause than them. He swatted the Avengers like houseflies, snapped his fingers and subtracted life by half. Infinity War was all about Thanos and as soon as he cured himself by turning 50 per cent of the living universe to dust, he gave up all material value and gazed blankly at a beautiful sunset.

He is my favourite character and Thanos remains invincible in Endgame. That is what makes the 22nd film, the culmination of the decade long Marvel 'Avengers' franchise — a perfect film. In conclusion, here are my two cents on the men and women who shook the universe.

Thanos (Josh Brolin): You don't see Josh, but he makes Thanos the most powerful being in the universe. That voice makes God's kneel and although he would never get the credit he deserves, beyond the superstar Avengers, Brolin is the real reason Endgame will become the highest grossing film, beating Avatar's record of 2.7 million dollars. Iron Man (Robert DowneyJr): He is hopeless, dejected and supremely cynical. A complete contrast from his usual one-liner spitting millionaire in an indestructible suit vibe. That's what makes Robert Downey Jr legendary. Before being the superstar of superstars, he is an actor first. A master performer who steals the show, yet again.

The Hulk (Mark Ruffalo): I love this guy, he is goofy and nerdy and angry. Ruffalo's got a bit of every commoner in him and that's why he is so relatable. Besides, everyone wants to be hulk sometimes.

Thor (Chris Hemsworth): He is the most chilled actor on sets, according to his director Joe Russo and, in addition, this guy is so effortlessly smooth that you can't take your eyes off him. I met Brie Larson and Jeremy Renner wearing a 'Big Lebowski' T-shirt and I was very happy to see a connection between the dude and Thor in this film. Oops, veiled spoiler again.

Captain America (Chris Evans): Talking of not being able to take your eyes off someone, I really hate Chris Evans. His existence makes us feel silly. The only problem is he won't get the props he deserves as he will always be looked at as the ultra good looking guy and not as someone who really nailed his part. Thanks, Cap.

Hawkeye (Jeremy Renner): Finally, a film which does justice to Renner's acting prowess. He grips you like never before. He never had any superpowers but Renner told me 'Hawkeye' is driven by a super skill set, his tenacity and fortitude. That's what helped Jeremy Renner level up and he is now in the same league as the other Avengers rather than being the guy with a bow and arrows.

Ant-Man (Paul Rudd): He was hilarious in the Ant-man films and Paul Rudd shapeshifts through endgame seamlessly. However, it's easy to forget him and to ignore him, maybe size does matter.

Black Widow (Scarlett Johansson): Again, just like Jeremy Renner, this film helps elevate the toothless Black widow. I love Scarlett Johansson as much as I hate Chris Evans. In terms of simple screen time and character presence, Endgame did justice to black widow just like winter soldier did. Glad that happened.

I'm going with 5 out of 5 for Avengers: Endgame. This is not a win for Marvel or the Russo brothers alone, this is a big win for every cine fan. The universe will never be the same again.

#Thanos, #Avengers: Infinity War, #Marvel universe, #Avengers endgame
The views and opinions expressed in this article are those of the authors and do not necessarily reflect the official policy or position of DailyO.in or the India Today Group. The writers are solely responsible for any claims arising out of the contents of this article.