As Indians, we love four things the most, sometimes even before our own selves. Politics, religion, cricket and Bollywood form the quartet that ensnares our affection and adulation, like much else.

Bollywood is the biggest, brashest and the most out there and it even depicts the other three grandly on the big screen; as much as it does slices from our lives.

However, Bollywood is not just a mirror to our society or a reflection of how a billion plus people live. It has an intrinsic aspirational quality to it. We want to live in a majestic marbled mansion like Yashvardhan Raichand did in Kabhi Khushi Kabhi Gham and use a private jet as our fondest mode of transport just like his screen son Rahul Raichand.

We want all our weddings to be modeled after Hum Aapke Hain Kaun, the film musical which was in fact nothing more than a string of wedding related activities and functions – from the arrival of an arranged marriage proposal down to the second marriage with all the song and dance and tears and tribulations thrown in.

But most of all, we all want to be as vain and boast a wardrobe like Poo’s. Or perhaps like Nandini’s in Hum Dil De Chuke Sanam. Or better still, Aisha’s from the eponymous Rom-Com.

Don't we all want to be vain and boast a wardrobe like Poo’s? (Photo: Screengrab)

Yes, it is the dress designs and the dressing style that we look Bollywood most up to. Let’s not be in denial. Most of us have pointed out to a film or an actor and told our favourite Masterji to "darzi" just that look for us – from a gown to a ghaghra, from a kilt to a kurta.

With the finesse, oomph and style of the collective couture creativity of the Bollywood designers that we revere and keel over in adoration, we would expect our Bollywood stars to be dressed to the nines and look their very best at all times. Besides, in today’s world, every actor and their brother have a personal stylist on their team of minders and image makers.

Yet, for as many stars who get their overall style quotient, their public appearances’ fitting-out and their airport look right, there are twice as more of those who fumble and falter.

Since we are on to the festive season and a surge of year-end listicles is de rigueur, here follows my list of Bollywood’s most well dressed and worst dressed people.

But first the disclaimer! A refined look, a spectacular style statement, a debonair deportment, a cultured charisma – none of it has anything to do with age, weight, lucre alone. It has more to do with the mindset; upbringing and experience enmeshed with finer sensibilities and defined discernment.

It is this confluence that differentiates the classy from crassy. For; isn’t it a recorded fact that riches can bring about both easy-on-the-eye refinement and nerve-grating ostentation. You don’t need money to buy you style; but you do need an inherent or acquired style to get your money to work for you.

Right on top of the heap for me is Akshay Kumar. His natty casual chic or subdued formals are a lesson in smart dressing. His well-cut trousers, a branded belt cinching his toned abs, nicely stitched shirts that spell both elegance and comfort and Venetian loafers (the red-soled Christian Louboutin’s in his most recent outing) keep him well-turned out for most of his official/media engagements.

But what really spells his style quotient is his advocacy for healthy living displayed in his toned physique and agility and his devotion for discipline. All of it then goes into cutting a clean silhouette that Akshay Kumar outlines. I think he can easily be clubbed with the epitomical suaveness of stars like Balraj Sahni, Raj Kumar, Pran, Vinod Khanna even Dharmendra from his earlier films. So timeless and so seemingly effortless!

The all-round style icon, unarguably, has to be Hrithik Roshan. You can put anything on the sinewed, strapping body of this modern day Adonis and it is bound to look good. He even rocked a rag like an open-front vest and an apology of a scarf hung carelessly over his chiselled shoulders in Dhoom 2. Put him in imperial clothing and he makes Akbar look lusciously sexy.

I have met him when he was clad in a pair of completely unremarkable jeans, dirty bluish-grey Tee and an olive green baseball cap. But sexiness oozed out of his every pore on account of his demeanor and the innate gentlemanliness. And that I think is a winning combination.

The dark horse who not only has been the “lambi race ka ghoda” with the longest innings as India’s best-known superstar but has also transformed into a trendsetter with his dressing style is none other than the star of the millennium, Amitabh Bachchan.

Whether it is his fine cotton kurta pajamas, the finest pashminas carefully flung on one shoulder, the regally embroidered formal jackets, the silvery shiny or burgundy velvet informal ones, his monogrammed bespoke loafers, his very-in-with-the-current-rage tracksuits, his no-nonsense black-rimmed glasses, Amitabh Bachchan carries style with the ease of a swan.

I think the only time he gets it wrong is when he plays up to the designer and dons those ugly striped or rimmed or embellished lapel jackets with equally loud pocket squares on KBC. Heck, he has even become the poster boy for man jewellery replete with long neck beads and safa-jewels. Amitabh Bachchan carries style with the ease of a swan. (Photo: PTI)

The sharpest dresser in all of Bollywood is, undoubtedly, its King Khan. Shahrukh never seems to get it wrong with his classy Saville Row or Armani suits, perfectly crafted white shirts, his fine leather belts probably a Hermès or a YSL, his expensive watch, the immaculately polished Oxfords or Brogues and not a hair out of place.

The man who will never go out of style is Anil Kapoor, who seems to be drinking elixir from the fountain of youth. Jeans and keds, the formal black suit, sherwani and salwar, you make Anil Kapoor wear anything and he makes sure that it looks helluva hot and happening.

A designer’s dream muse has to be Shahid Kapoor. From asymmetrical jackets to dhoti pants to double-breasted east-meets-west sherwani kurtas worn on churidaars, Shahid looks groovily good in all, setting the bar high for fashion seekers and style followers.

My list of Bollywood’s best-dressed males will not be complete if I did not mention Saif Ali Khan whose genetic Nawabi class comes across admirably in his personality, personage and preference in dressing, be it Indian, western or Indo-western. 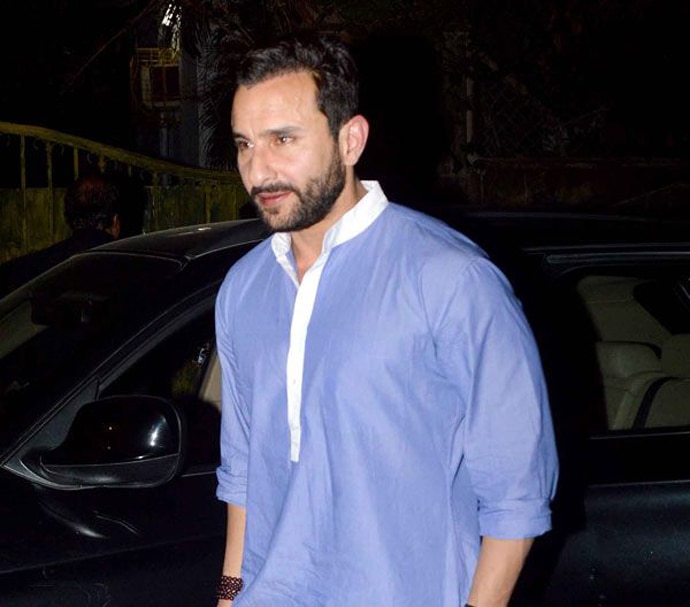 I quite like what Irrfan does to the idea of weekend dressing making it his own style statement with hats and keffiyeh, slim cut jackets over fitted jeans, comfortable-chic slip-ons or stylish sandals.

The tastefully dressed and good looking Ranbir Kapoor just has to make the cut with his classic dress sense that puts him in the well-dressed category of his great grandfather Prithviraj Kapoor and his uber sexy uncle Shashi Kapoor. In fact Ranbir is one of the most stylish Kapoors, surpassing the classiness of Raj Kapoor, the rakish charm of Shammi Kapoor and the romantic pull of his father Rishi Kapoor, who single-handedly made embroidered pullovers a fashion symbol.

Finally, Ayushmann Khurrana brings up the rear of the best dressed list rather admirably. He experiments with his looks as much as he does with his roles. He has as wide a choice of dressing as his acting repertoire. And he carries the diverse styles with as much light-weightiness and panache as he does the recognition that he has been garnering. He is certainly one of our finest dressed male actors today.

The number one on this list and the reason why I decided to write this piece is Karan Johar. I am one of the 70 million who Karan says watch his chat show. In the drought of good programming content, his is one of the more watchable, fun and entertaining shows. But what is really wrong with the “Jauhar” of Johar lately? His dressing sense is going from bad to worse.

Either he should sack his stylist or exercise less influence over them, whatever the case may be. In the latest season of Koffee with Karan, one sees the talented host dressed in what looks like D’décor furnishings.

With blindingly shiny Louboutins, the afore-mentioned sofa cloth jackets, the bow and cummerbund routine on stage shows, the gaudily velvety garishness Karan Johar is fast emerging as the doppelganger of Liberace. Mixing the punjabiyat with non-chic flamboyance Karan Johar, it seems wishes to become India’s answer to Prince and Elton John put together. If there is somebody more badly dressed than Karan Johar then it is none other than Ranveer Singh. Ranveer is Halloween mixed with comic con mixed with Cirque du Soleil, at all times, all year round.

It is not that Ranveer Singh does not have a dressing style. In fact he makes a unique statement which is more OTT and lower-crust than a la mode and snazzily sassy. Ranveer’s style measure is quite chichi — not the English "shishi" but more the Indian term, if you know what I mean.

Like one of his friends said on the Koffee with Karan show, Ranveer is so outrageously pretentious that he will wear a Gucci cap, a Gucci jacket, a Gucci pair of trousers, Gucci belt, Gucci shoes and scream, “See, how much money I have.” Perhaps the friend said it in half jest but he was pretty close to the truth, going by Ranveer’s public appearances and shared personal pictures.

But he puts so much of energy and enthusiasm into it that whatever frippery and outlandish ensemble Ranveer chooses to mess with turns up becoming an interesting talking point and a delight for the paparazzi. In that, I think Ranveer Singh’s purpose is met with. 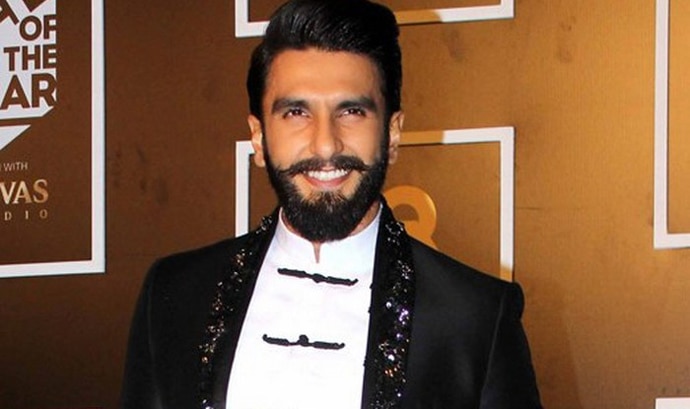 "Ranveer is Halloween mixed with comic con mixed with Cirque du Soleil, at all times, all year round." (Photo: PTI)

Both the other two Khans have to feature in the worst dressed list. Salman’s style centers on super-tight T-shirts or shiny, tight shirts with ill-fitting trousers and elevator shoes. The only saving grace is perhaps his trademark turquoise bracelet.

Aamir Khan, it appears, will wear whatever first comes in his hand. Whether it teams up or matches or not does not seem to bother the superstar. As a matter of fact it seems Aamir would rather that he is not mentioned in such listings. In all fairness to the onlookers and fans, he is an A-list celebrity and would be expected to be tony and dapper. But Aamir does not even try.

For a long time, Govinda, with his orange tight-fitting pants and as snugly fit shirt or Tee wore the crown of Bollywood’s worst dressed. He still is, just that he has stopped being in the reckoning all together.

Jackie Shroff, in spite of a good physique and great looks, brings a sense of oafish zaniness to his dressing style making him look more like his own caricature than a charismatic style icon that he can be. 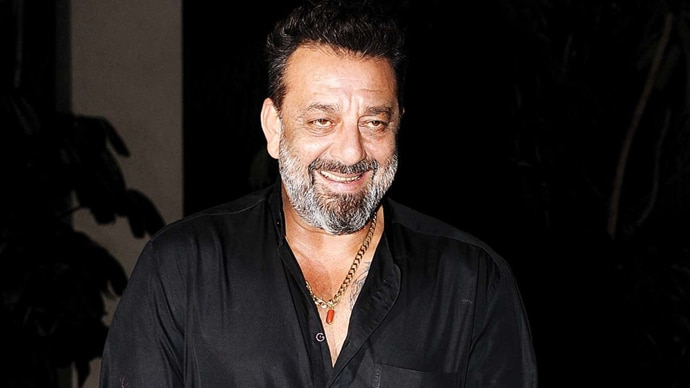 Sanjay Dutt is seen swaying in the realm of the shabby un-stylish, with a misplaced swagger. (Photo: PTI)

Sanjay Dutt is seen swaying in the realm of the shabby un-stylish, with a misplaced swagger.

And what can we say about junior Bachchan. Abhishek is not even trying to ape the role model at home, at so many levels, style quotient being just one of them!

Those who have not been mentioned must excuse me. But they have not really made a statement of their personal style – good or bad – to find a mention on the listing.

Part two of this article brings the spice and splendour of the sirens of Bollywood!