It differs from the textbook version of history and facts.

I often ask my brother who his favourite freedom fighter is. He's in class 6 and, in his textbooks, he has found ample mention of Gandhiji and Jawaharlal Nehru in the chapters related to India's freedom struggle. So, most of the time, his answer is Gandhiji. Recently, I asked him to watch all nine episodes of Bose: Dead/Alive, a new webseries on Netaji Subhas Chandra Bose by Alt Balaji. My intention was simply to see his reaction upon witnessing an alternative view of the events of the Independence movement. He finished it in one sitting, called me up and asked, "Is he still alive?"

I wanted to tell him that it's impossible for a man born in 1897 to be alive even if he hasn't died in a plane crash. But I didn't say that. This year, on January 23, we observe his 121st birth anniversary. Till date, the query of his disappearance has kept people engaged in him even when he was cleverly pushed to the footnotes of textbook history.

The expectation that the strongest Indian with exceptional diplomatic skills and independent standing in the turbulent international arena of World War II, who could manoeuvre his way through the maze of Axis powers and march with an army to India, would make a heroic comeback gave birth to multiple conspiracy theories. 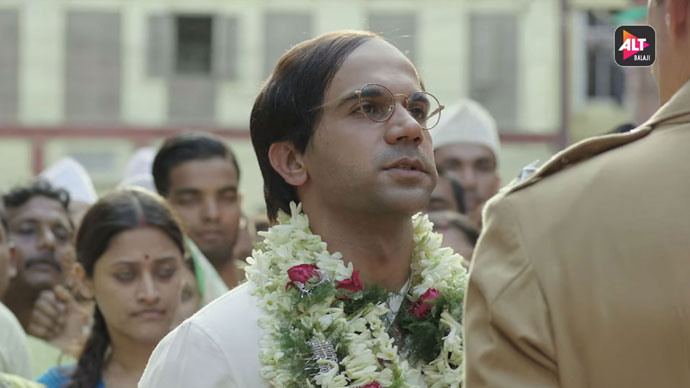 Till date, the query of his disappearance has kept people engaged in him even when he was cleverly pushed to the footnotes of textbook history.

It was a mystery dying out slowly over the years until Anuj Dhar and a few members of the Bose family decided to push for the declassification of Bose-related files by the Indian government, by proving officially — through independent research — that no plane crash ever happened in Taiwan on the day Bose was believed to have died!

This is where India witnessed a renewed engagement of young people with the issue thanks to the importance it got in the prime time TV debates. Finally, the webseries Bose: Dead/Alive has literally resurrected the enigma called Bose in this new millennium to analyse our history with facts and without preconceived bias.

To quote American commentator Ben Shapiro, "Facts don't care about your feelings". This series just fuses this statement with apt fictional flavour and can easily match global standards in terms of the treatment of the story. And there's a reason I am writing this piece. It'll be unfair if the hardwork of the makers doesn't reach the maximum number of people. The story deserves its due and the more Indians watch it, the faster our conventional notion of viewing Indian history will be deconstructed — may be for the better.

The web series has stories running parallel — one with the youth and rise of Subhas Bose, his revolutionary zeal (probably the phrase from the title track "Biplobi ami biplob chai, biplob ane rokto" reflects it more than anything else) and his differences with Gandhiji till his epic escape from British India, as well as his meeting with Hitler and the formation of Indian National Army.

However, while the first part educates the audience about the unknown events of Bose's life, it's the post-disappearance cat-and-mouse game full of details of conspiracy theories and some supposedly real and thrilling accounts of Bose being alive that make the series nail biting, perhaps due to the cinematic liberty in putting them on screen.

The penultimate twist of the plot in the last episode surrounding one ex-prime minister of India is the icing on the cake and makes the viewers wait with bated breath for a second season, if any!

The editor, Yasha Ramachandani leaves no stone unturned to make Bose: Dead/Alive more thrilling than a whodunnit, probably due to the unique story and commanding direction by Pulkit whose impression is clearly visible all throughout.

I never expected Rajkummar Rao to look like Netaji. His appearance doesn't exactly mirror expected similarities with Netaji for obvious reasons and, as I watched the show, I often thought that no one other than Sachin Khedekar — who portrayed Bose in Shyam Benegal's four-hour-long biopic on the freedom fighter — could play Netaji.

However, what Rao does is — with the sheer brilliance of his acting (one needs no proof after Trapped or Newton) — make us believe that the impatient, flamboyant, courageous and intelligent Subhas Bose is walking in flesh and blood in front of our eyes!

Each and every scene is a testament to the fact that one day, this National Award-winning actor will outshine his peers and he has already started doing that.

As the policeman Darbarilal, Naveen Kasturia of Pitchers fame is a treat for the eyes with his ease of dialogue delivery and comic timing with Sonnenblick as the chief antonym of Bose in the Tom-and-Jerry-esque game, which continues throughout the screenplay, aptly conveys all necessary actions with his expressions.

The screenplay is very strong considering that it moves back and forth between Bose's life and the quest for his whereabouts after his disappearance — stories mostly derived from Anuj Dhar's bestselling book India's Biggest Cover-Up, with each moment leaving the audience gasping, intrigued about what happens in the next episode.

The makers cautiously avoid villifying Nehru or Gandhiji, forcing the viewers to decide for themselves. The production scale of this series is commendable — all scenes portraying Germany/Poland or Afghanistan/Ladakh leave you spellbound. Bose: Dead/Alive marks a watershed moment in the history of the Indian web-series, with Ekta Kapooor's Balaji Telefilms firmly supporting it.

Apparently, after the other series of Alt Balaji — which had all the elements of its signature soap operas and films like Dev D, Ragini MMS Returns and Class of 2017 (albeit heavily entertaining) — the sudden progress to Bose is definitely a giant leap, both in quality and content.

Another element that makes the series unique is its music. Neel Adhikari pulls off a spectacular and energy-pumped title track that keeps ringing on one's ears even hours after one stops listening to it!

It aptly conveys the inner layers of Subhas Bose's passion to desperately seek Azadi! The dialogues are enough to rouse feelings of patriotism and every time Rajkummar Rao flawlessly echoes the eternal revolutionary Subhas Bose and his urgency to rid his motherland of all shackles, Bose: Dead/Alive forces every viewer to search for more literature and evidence related to Bose's death.

This is the first time the brave portrayal of facts related to Bose's struggle and disappearance has found space in a mainstream cinematic production. It would definitely help shape the conversation around a neutral analysis of the Indian freedom struggle — unaffected by academic jugglery and ideological bias.

Those millennials of my generation who find little time to critically read and think in this fast-paced, competitive and social media-driven world, would have got to know more about "the Prince among the Patriots (as Gandhiji referred to Subhas)" after watching the series. They will definitely ask why there have been attempts to push his disappearance under the carpet since Independence.

The urge to probe the different narratives of the freedom struggle rather than those oriented on Gandhiji's adulation — betraying deliberate ambivalence of realities during World War II and the role of other freedom fighters in the Independence movement — has brought significant change in the acceptability of the official textbook version of history and facts.

The answer to the question I asked my brother has perhaps changed after the series. In the meantime, the show has significantly changed the rules of the game like never before. Indeed, Bose never died. He was resurrected, time and again, in the minds of the Indian people. Or did he come back as Gumnami baba?

If only we could have a second season!

The writer is a third-year undergraduate student of political science in Hindu College, University of Delhi. He is currently employed as an intern with the Ministry of External Affairs under the United Nations Economic and Social division.