The politics of language: Chamar, Lamar and the N-word

The cultural appropriation argument can end up sounding silly at times.

In April, Kendrick Lamar (30) was awarded the Pulitzer Prize for music. For the first time in history, the award was given to a rapper. The conservative jury has traditionally been more inclined to classical and jazz artists. Race politics and black identity form the thematic core of Lamar's lyrics over a remarkable career spanning four albums. On May 20, Lamar was performing at a gig in Alabama when a curious incident took place. He invited a bunch of people from the audience to come and rap with him on the 2012 single "m.A.A.d. city". One of the fans called up on stage was a young white woman called Delaney.

Everything was coming along fine until she reached a point in the song where the N-word is repeated several times. She rendered these lines accurately. Fan videos taken by those in the audience show Lamar getting irritated, then telling Delaney that she should have used a "bleep" instead of the N-word. He finally says "It's over" and kicks her off stage.

Kendrick Lamar brought a white fan on stage to rap "m.A.A.d City"....and then she dropped the n-word 🤐 pic.twitter.com/JeMaI0UsBv

The co-opting of the word "nigger" (shortened to "nigga") by the black community and its voices is a deliberate political act, in reverse. Historically, this was the disparaging term that the white ruling class used to refer to blacks. Nothing like a word to put you in your place. Words are not forgotten in a hurry.

As Jeremy Helliger writes in Variety: "It's as bracing a reminder as cotton, chains and Confederacy memorabilia of what our ancestors endured for centuries.

Even today, for many of us, when a white person utters the N-word, it's like the sound of a whip slapping the back of a slave. Because of its loaded history, it will never be ok for white people to use the N-word, no matter what the circumstance."

Except that here, the context was slightly different. This is Lamar's own song. He invited Delaney to come up on the stage and rap with him. Loyal fan that she was she even said the N-word when it came up in the song.

A controversy erupted on social media. Was Lamar being overly sensitive? Should he have warned Delaney before they started the rap-along that she shouldn't utter the N-word even though it's in the original? Or should Delaney, as a white girl, have displayed better judgement on her part and dropped the N-word on her own.

There are more layers to this debate. Much of hip hop's fan base is also white now and these kids have co-opted the subculture: clothes, shoes, lingo. Hip hop culture has become so ubiquitous that upper-middle class Indian kids now refer to each other as "nigga" and "homie". Is this wrongful appropriation?

The cultural appropriation argument can end up sounding silly at times. An Indophile white friend of mine from Portland says she doesn't wear bindis in America because she's worried of being criticised by the Asian community.

New-York based journalist Una Morera got trolled by the Indian American community because she dared to write a piece about a white entrepreneur who made millions by launching a brand called Chai-Tea. How dare a white American appropriate "chai".

Carrie Grossman, a bhajan singer, had her performance interrupted on the Brown University campus. Indians protested the fact of a white woman practising an Indian art form. Grossman's performance was disrupted and the show shut down for committing this unpardonable sin of appropriational blasphemy.

The question that lies at the heart of the Lamar debate is this: What are we allowed to say in the first place and who can say and do what?

In this particular instance, it looks more like an innocent fan was humiliated for knowing the words to the song only too well. Lamar could easily have chosen a song for a rap-along that didn't involve the N-word, which both white and black fans could have sung along without grief.

At a broader level though Lamar is right. Bindis and bhajans are not as serious as the N-word. As an Indian, I can wear a crucifix and a leather jacket a la George Michael, and sing a cover version of "Faith". Similarly, a white woman can wear a bindi and sing bhajans. It's harmless.

The N-word, on the other hand, is loaded with history and meaning. Like the word "chamar". Two years ago, "Danger Chamar", a song and music video by Ginni Mahi went viral. It was much written about.

The video featured a bodybuilder, symbolising a muscular response to upper caste oppression and a sense of robust possibility: We can do it too. Much like the recent Hollywood film Black Panther shows that blacks can be superheroes as well. Why did superheroes always have to be white?

The same goes for the phrase "The Great Chamar". It started out life as a signboard on private property in Gharkoli village, Saharanpur. It was what first brought Dalit leader Chandrashekhar Azad and the Bhim Army to the village. A Quint reporter, who visited Gharkoli, spelt out the motive: "Upper castes had used the word, a traditional caste name for those who worked with hide, as a pejorative for centuries - now the Dalits were reclaiming their name."

In both these cases, the word "chamar", like the N-word, is being transformed, inverted, infused with ironic pride, and turned into the opposite of what the oppressor intended these words to be.

It's legit for Ginni Mahi to use it. It's not ok for me to use it. This is fair.

Last year, a controversy erupted over an announcement made by the Delhi bar, Piano Man Jazz Club, that they'd be hosting a band called Bhangijumping. 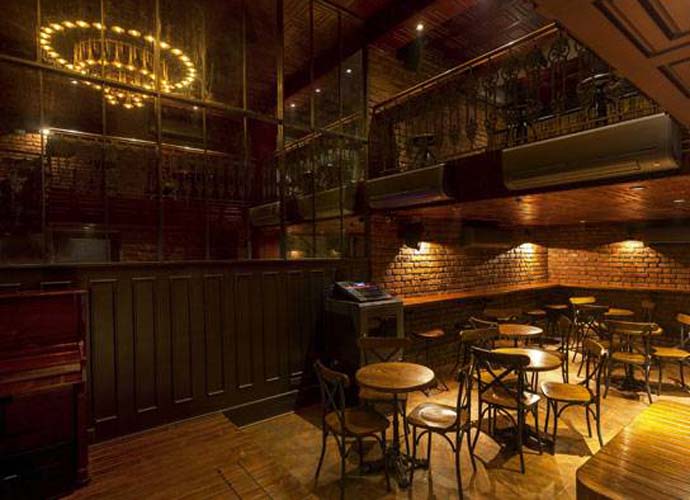 As HuffPost  explained: "Bhangi is a term coined and used widely by upper castes to acknowledge people belonging to a historically oppressed scheduled caste who make a living by being manual scavengers and sweepers. Consequently, in certain sections of the society, the term is also hurled as an abuse, implying a person is filthy and an addict."

Now, if the band's members hailed from a backward caste themselves, the pun would have made sense. But they didn't and so the nomenclature seemed to have been coined in flippant bad taste.

As the controversy made national headlines the owners of Piano Man and the band came up with an ad hoc excuse that is debatable. They said the pun was on "bhang", the intoxicant, and not the caste.

This had shades of the Harbhajan Singh/Andrew Symonds 2008 controversy, also labelled as Monkeygate. Bhajji, the Indian off spinner, had called Andrew Symonds (who has Aboriginal roots) a 'monkey', a plainly racist term, during the course of a hot-headed test match.

Bhajji was handed a three-match ban, later withdrawn. Fox Sports reported: "The sanction was overturned when Tendulkar, who had previously provided evidence that he'd heard nothing, came forward to say he'd heard Harbhajan utter an offensive Indian phrase that included the word "maa ki" instead." So this debate is not about fairness as some make it out to be. "If Kendrick can say the N-word why can't I? It's grossly unfair." It's wrong because we are not born equal nor do we live in an equal world.

I have made this mistake myself. It came from a space within, an imagined liberal utopia. I thought my boho friends and I belonged to a generation that was post-nation, post-language, post-race, post-religion, even post-gender. I was aiming at a type of creative risibility.

I cracked jokes about Hindus. I also cracked family-planning and circumcision jokes in front of my Muslim friends. I made gay jokes in front of gay friends. I think the idea was that we'd moved way beyond the usual clichéd way of looking at ourselves and where we come from or who we are. It's a Charlie Hebdo way of looking at life; there are no holy cows, absolutely none.

It didn't go down well. Even though my intentions weren't wrong (isn't that what they all say?), it wasn't the right thing to do. Muslims can crack terrorist jokes. A gay person might crack a joke about a camp or butch person. If they do so, I am allowed to laugh. If they don't, then I keep my mouth shut.

I found my own self feeling irritated each time I met a new white (even NRI) visitor to the country who kept complaining about India, calling it a "joke country", making fun of everything they saw. Visiting Delhi, a white writer from Brooklyn told me: "How can you live in this awful city?"

I am the kind of person who the sanskaris would call anti-national. But, faced with this shallow knee-jerk response to India, I often find myself becoming quite the indignant desh bhakt, though more proud Indian than patriotic scoundrel. You think America is any less absurd?

As a columnist one critiques one's own society. When someone from the outside makes superficial spiteful jokes about it, it's bad manners. As Jarvis Cocker sang:

"Cause everybody hates a tourist

Especially one who thinks it's all such a laugh..."

Kendrick Lamar was right in principle.

Maybe teenaged Delaney was just another white tourist on an African safari for whom it was all a bit of a laugh. She even called Lamar "bro" on stage.

Post your comment
#Niger, #Racism, #Kendrick Lamar, #Caste Discrimination
The views and opinions expressed in this article are those of the authors and do not necessarily reflect the official policy or position of DailyO.in or the India Today Group. The writers are solely responsible for any claims arising out of the contents of this article.