It's interesting to see how certain books, films and songs shaped the serial killer and how he shaped some of them.

Misheard or misinterpreted lyrics can be a matter of great concern for fans. Is Taylor Swift dissing Kanye West on her latest track? Who exactly is Kendrick Lamar asking to be humble? Not to rain on these parades, but questions of this sort pale when compared to the whole business of The Beatles song "Helter Skelter", and its unique (not to mention deeply disturbing) interpretation by the notorious serial killer and cult leader Charles Manson, who died yesterday (November 19) in prison. He was 83.

Manson was the charismatic leader of the "Manson Family", a California cult/commune responsible for a string of murders in 1969, including that of Sharon Tate, a pregnant 26-year-old actress married to director Roman Polanksi at the time. Starting August 1969, Manson and his followers became America's most hated criminals. The brutality and the shock value of their crimes became emblematic of the worst aspects of the 60s, a time of social and political ferment for the country. Very few serial killers can claim to have spawned an entire cache of pop culture around their lives - Jack the Ripper certainly did. Charles Manson was another.

When Manson heard these words on The Beatles song "Helter Skelter", he was convinced that they referred to a race war: that the black man would pit racist and anti-racist white men against each other, massacring the survivors. And this wasn't even Manson's biggest connection to rock and roll history. That dubious distinction is split between the late Dennis Wilson, co-founder of the Beach Boys - and Brian Hugh Warner, better known as the growling, howling metal musician Marilyn Manson. 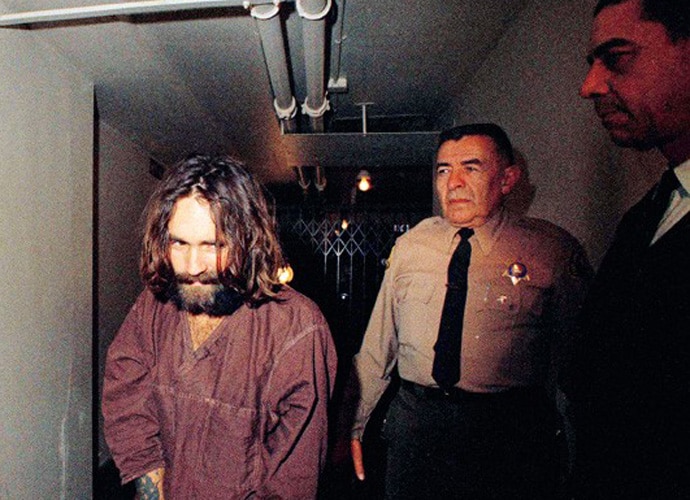 After a chance encounter with a couple of hitchhiking women, followers of Manson, Wilson ended up hosting about a dozen members of the Manson Family in 1968. The Beach Boys drummer was taken by Manson's songwriting talents: he even recorded one of his songs for The Beach Boys. This was "Never Learn Not to Love", adapted from a song initially called "Cease to Exist". But when Manson found out that the sole songwriting credit on the track was Wilson's, he threatened to shoot Wilson. Disturbed at Manson and his family's bloodlust, Wilson vacated his own house after a while, leaving the Family to its devices. Decades later, Guns N' Roses covered "Look At Your Game, Girl", a song written by Manson.

Marilyn Manson coined his onstage moniker by combining the names of Marilyn Monroe and Charles Manson - figureheads of sex and death in 60s America, respectively. Behind Manson's self-conscious posturing (evident not only in his heavy metal/glam rock music, but also his onstage persona, complete with distinctive facial and eye makeup) lies the macabre, grotesque imagery associated with his serial killer namesake. "Killing Strangers", "Man That You Fear", "Cake and Sodomy", "Putting Holes in Happiness", "Cupid Carries a Gun": the influence of the Manson Family's subculture is writ large across these songs.

Only two weeks ago, the TV show American Horror Story premiered an episode called "Charles Takes Charge", which featured, among other things, a recreation of the events leading up to the Sharon Tate murder (Manson was played by the supremely creepy Evan Peters, who has portrayed multiple roles on the series across the years). AHS is hardly the first onscreen appearance of Manson, however. A couple of years ago, the ill-fated David Duchovny show Aquarius featured Gethin Anthony (Renly Baratheon from Game of Thrones) playing Manson. Although the show was cancelled after a couple of seasons (and you're probably better off not watching the whole thing), some of Anthony's scene compilations see him in fine form.

Then there was the 1976 film version of Helter Skelter (the book co-written by Vincent Bugliosi, the prosecutor on the Sharon Tate murder trial). Its 2004 remake of sorts saw Jeremy Davies (the physicist Daniel Faraday from Lost) pulling off what is surely the definitive Manson portrayal onscreen. Davies is extremely effective not because he oozed menace - but because he didn't, not straight off the bat anyway. But with every passing minute, he slowly but surely upped the weirdness, until just looking at him made you feel claustrophobic.

Thomas Pynchon's rip-roaring black comedy Inherent Vice had several segments that name-checked Charles Manson, but this one in particular stands out, because it combines some of the classic 60s American themes: hippie culture, heroin, and the clash between the old, monied upper-class and the new, untrammelled "flower power" youngsters.

"Heroin in California? my gracious. Stepped on so often it should have 'Welcome' written across every bag. There we were happy and stupid as any drunk, giggling in and out bedroom windows, cruising straightworld neighbourhoods picking out strange houses at random, asking to use the bathroom, going in and shooting up. 'Course, now that's impossible to do, Charlie Manson and the gang have fucked that up for everybody. End of a certain kind of innocence, that thing about straightworld people that kept you from hating them totally, that real desire sometimes to help. No more of that, I guess. One more West Coast tradition down the toilet along with three percent product anymore."

Elsewhere in the book, we find mention of a "Mansonoid conspiracy" and a zoned-out character called Penny saying "(…) how these hippie chicks did everything Manson told them to do. That master-slave thing, you know, it's kind of cute?"

With Charles Manson's death yesterday, there will be an inevitable resurgence of interest around these pop culture nuggets. One hopes that the people who read, watch or listen remember just how these books, films and songs came to be. When it comes to well-shot, slickly edited onscreen depictions, especially, it's easy to miss the forest for the trees.

#Beatles, #Helter Skelter, #Serial killer, #Charles Manson
The views and opinions expressed in this article are those of the authors and do not necessarily reflect the official policy or position of DailyO.in or the India Today Group. The writers are solely responsible for any claims arising out of the contents of this article.