The song of Altaf Mir, Kashmir's voice of pain and hope

The song sings of the beloved, the orchards and the bulbul.

In the last one month, Coke Studio Pakistan has become a household name in Kashmir. The song Ha Gulo, sung by a Kashmiri who moved to Pakistan many years ago, and released by Coke Studio in July, has registered more than a million views, going viral on YouTube and other social media platforms in Kashmir.

The gentle melody of love is written by popular Kashmiri poet Ghulam Ahmad Mehjoor, whose lyrical works are among those counted as classics in Kashmir. 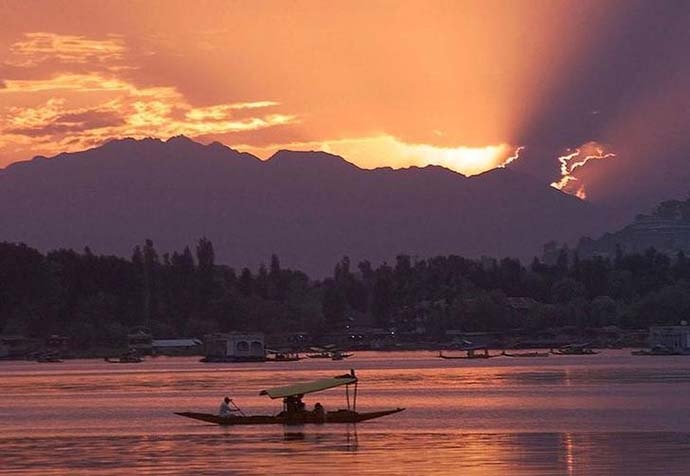 Because Kashmir also has a softer, loving side. (Photo: Reuters)

The song sings of the beloved, the orchards and the bulbul. It sings of a Kashmir that is not marked by deep societal distress, but a Kashmir of beauty and romance. Ghulam Ahmad Mehjoor's poetry was often searingly political. Coke Studio chose one of his soft lyrics.

The video, Ha Gulo, released as part of the Coke Studio Explorer series, features songs from the diverse ethnic regions of Pakistan. The name of the group shows up at the end of the video. Qasamir.

(O’ blossom have you seen my beloved

Tell me O’ orchard was my friend here

I’ll keep yearning for you in the next life too, O companion...)

Most people on this side of the LOC in Kashmir who heard the song spoke of their confusion.

Who was the man who sang the lyric like one of their own? He sounded like someone who would have been a popular local voice in the Valley.

Yet, no one seemed to know him.

Soon, several Srinagar publications answered the question. The man was Altaf Mir, hailing from a village in Anantnag in Kashmir. Mir has been living for close to three decades now at Muzaffarabad in Pakistan.

As the song plays on loop on mobile phones in Kashmir, it is on everyone's lips — and so is Mir's story.

The reason why the lead singer in the group sounded so familiar was because Mir was born and brought up in Janglat Mandi in Anantnag. A young artisan excelling in the quintessential Kashmiri aari work and chain-stitching, Mir would earn extra income by singing at the elaborate Kashmiri weddings, Sufi mehfils and functions. From stitching to singing, Kashmir has rhythm. (Photo: Reuters)

The artisan wasn't destined to follow this gentle course of life for long.

The Srinagar media spoke to Mir's mother Raja Bano, his childhood friend and later brother-in-law Nazir Ahmed Shah, and nephew Mohammad Iqbal Shah, a locally renowned singer. The media found a story that has enough grist to churn up an engaging biopic.

After insurgency began in Kashmir, Mir and many young men his age crossed over to Pakistan-Administered Kashmir for armed training. It was 1990. Mir left behind his mother, brother and two sisters.

The gentle artisan and singer joined a group of youth who were part of al Umar, a militant organisation in Kashmir. While the other young men moved to camps in Pakistan for armed training, Mir stayed back in Muzaffarabad. For five years, his family did not hear from him. They knew he was in Pakistan, and would pray for his well-being. 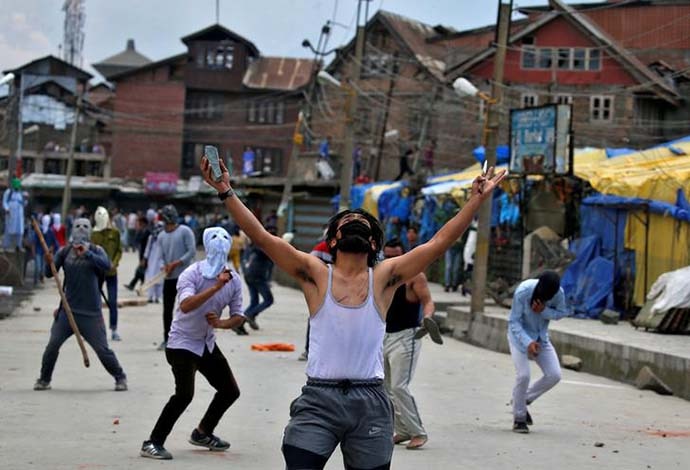 Mir joined a militant group trained in Pakistan. But his stint with violence didn't last. (Representative image of a protest in Valley: Reuters)

In 1995, Mir returned to meet his mother and siblings. The joy of the family reunion was short-lived. Mir felt threatened by the Ikhwanis, the government-backed counter-insurgency group in Kashmir, and stayed away from any militant activity. His skills from his teenage years helped him begin life anew — the training as an artisan, and Kashmiri folk music. He formed a group of Kashmiri singers by the name Qasamir, and would perform for Kashmiri families living in the region. He also began singing for shows on Radio Pakistan. He married a girl from Muzaffarabad, and the couple have four sons.

Mir connected with his family again in 2015, courtesy social media. In 2017, Coke Studio found Mir and his group while searching for Kashmiri singers as part of their Explorer series. In the video recorded during the making of Ha Gulo, Mir is heard saying, "I don’t dance. But today I danced for the first time, because my dream has come true." Wearing their identity with pride (Screenshot from the video)

Mir and the three other men of the Qasamir group in the Ha Gulo video are dressed in the traditional Kashmiri pheran and cap — the look one encounters all over the Valley. These men had also migrated from Mir's native Kashmir. They are Ghulam Muhammad Dar playing the Sarangi, Saifuddin Shah with the traditional Tumbaknari, and Manzoor Ahmad Khan with the Nout.

Also read: Beautiful Shot: How the viral video of Tajamul Islam taking a selfie with Rajnath Singh shows a Kashmir we rarely see