Beautiful Shot: How the viral video of Tajamul Islam taking a selfie with Rajnath Singh shows a Kashmir we rarely see

With the hope and joy of a young Kashmiri girl captured on camera, can the vicious narrative cycle of "martyred militants", like Burhan Wani, becoming heroes for J&K's youth be broken?

On June 7, a headline on the website of Greater Kashmir, the newspaper with the highest readership in Kashmir, made the Valley sit up and take note.

During his address, the Union home minister admitted that this was the first time he was addressing a young audience in Srinagar, including sportspersons.

By early afternoon, a video of the Sports Conclave went viral. A Kashmiri girl Tajamul Islam, who had won the 2016 World Kickboxing Championship, was called on the stage to be honoured. 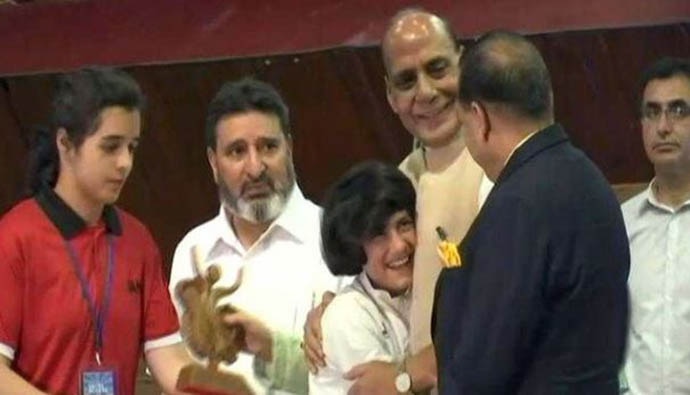 The home minister extended his hand to her. The 10-year-old, barely reaching up to Rajnath’s shoulders, reached out and hugged him with a grin. As Chief Minister Mehbooba Mufti and finance minister Altaf Bukhari looked on, the girl asked the home minister, “Ek Selfie?”

Given their height gap, the home minister couldn’t hear her initially, and bent towards her. Full of pert confidence, Tajamul asked him again, “Ek selfie?” 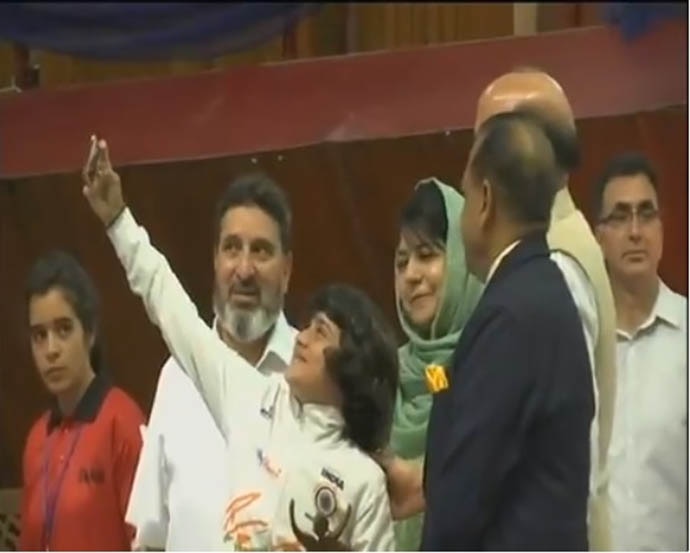 Picture perfect Kashmir: As Tajamul captured the moment on camera, the youngsters in the hall cheered loudly, whistled and clapped.

The heavy officialdom of the moment was broken as the girl quickly fished out her smartphone and extended her arm to take a selfie. Chief Minister Mehbooba Mufti, who was standing beside Rajnath, made room for Tajamul, and joined the selfie.

As Tajamul captured the moment on camera, the youngsters in the hall cheered loudly, whistled and clapped.

In July 2016, Kashmir was gripped by violent agitations following the killing of the militant commander, Burhan Wani. The state was plunged into turmoil. But, in November, little Tajamul’s gold at the World Kickboxing Championship warmed hearts, and made headlines. 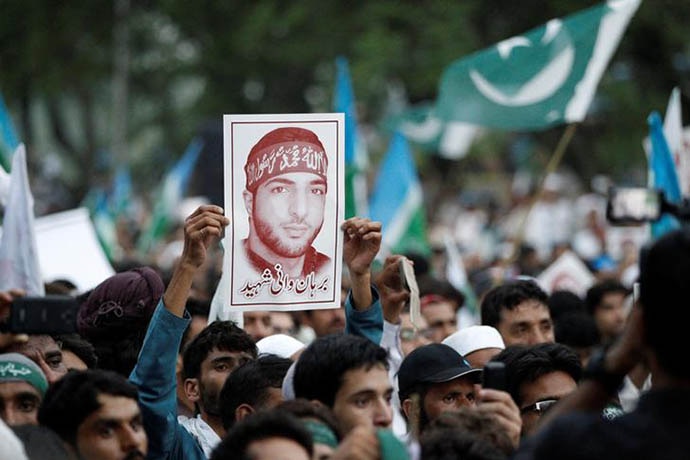 Breaking through darkness: In 2016, Tajamul made news when Kashmir was gripped by violent agitation following Burhan Wani's killing

Now, the 10-year-old did it effortlessly again – this time, out of the arena.

In a region, rocked by strife and violence, her luminous moments of happiness, captured in a video of 44 seconds, were being shared on social media thousands of times. By yesterday, the video clocked in more shares. Chief Minister Mehbooba Mufti shared the video on Twitter, saying it was refreshing to see the spontaneity of the state’s youth.

Its refreshing to see the spontaneity of our youth! All the best to you Tajamul. https://t.co/bKP2MGEfLz

Home minister Rajnath Singh also tweeted the video, saying, "She represents the future of Jammu and Kashmir. Young achievers like her not only make their state proud, but also the entire nation proud with their achievements."

She represents the future of Jammu and Kashmir. Young achievers like her not only make their state proud but also the entire nation proud with their achievements. https://t.co/talBG7VV2p

The brief video poignantly brought the message home to nearly a lakh individuals who later shared or watched it – Kashmir is not just about strife and violence. Kashmir is also a place where children have dreams in academics, sports, business and other areas. And they want to pursue them and excel in them, despite all the odds.

The day the Sports Conclave was organised in Srinagar, the Valley was also discussing the content of a confidential report, “Radicalisation and Terrorism in J&K – A Study”, prepared by the Criminal Investigation Department (CID) of the J&K Police.

The report, carried in The Indian Express, was based on an elaborate study of “156 local youths of the Valley who have joined militancy between 2010 and 2015”.

The report said that opting for guns had become “a youth phenomena” in Kashmir, and the youngsters were joining militancy “because of thrill-seeker attitude”.

The report also found that most of the militants were between their mid-teens and mid-twenties. “This is (because) the period of youthful identity formation is when individuals are most vulnerable to the attractions of networks that offer both social solidarity and a clear narrative to explain what is going on in the world.” 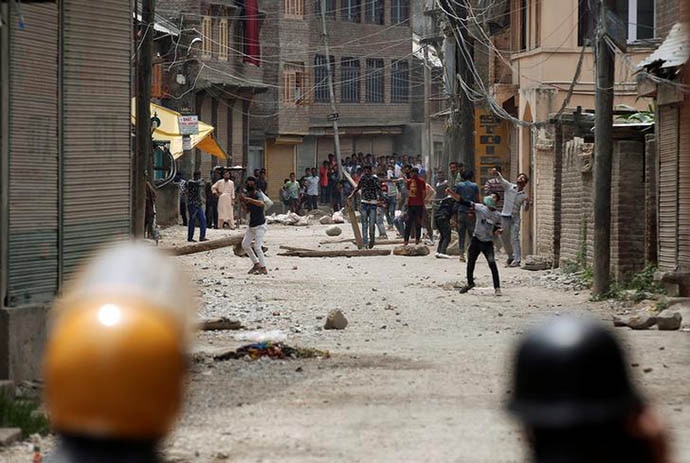 From disiilusionment to martyrhood: The report found that most of the militants were between their mid-teens and mid-twenties

The report traced the life cycle of a local militant in four stages.

According to the report, the first stage is where the youngster feels “disillusionment with the status quo, lack of opportunity and no space for dissent”.

In the next stage, he “turns to religion in search of solace, tries to be with like-minded people and distances from family”.

The third stage is when he “feels the need and responsibility to change the status quo, even with force, contacts militant groups and joins”.

The final stage, the report says, is the “vicious circle” when he (the militant) “gets killed, is turned into a martyr by stakeholders, becomes a hero for other disillusioned youth, completing the circle”.

The report also noted that “the new-age militant comes from a middle-class family with all the ingredients of a normal Kashmiri family. He has Hanafiya inclination and not Salafi (or Wahabi), has been educated in government schools and not madrasas. This militant is not a child from a broken family. His age is between 15 and 25 years, is unmarried, has no substantial criminal antecedents and has behaviour as normal as a guy next door. There is hardly any early indication of him being drifted towards armed militancy.”

Given the disenchantment that threatens to turn young Kashmiris into militants, an enchanting moment like Tajamul's selfie is truly precious.

Post your comment
#Rajnath Singh, #Burhan Wani, #Kashmiri militants, #Tajamul islam
The views and opinions expressed in this article are those of the authors and do not necessarily reflect the official policy or position of DailyO.in or the India Today Group. The writers are solely responsible for any claims arising out of the contents of this article.