From Khan Market to Kairana: A socialite socialist speaks

A satirical take on how the Linen Liberal's 'achhe din' look poised to return.

So, dude, I am thrilled by the by-poll results of yesterday! So delighted am I, I drank an extra frozen Margarita in sheer joy. And why should I not be overjoyed – the results from Kairana (and all those other rural-type places, honestly, remembering all those names is such a bore-chore, but you know where all I mean) had only one message blowing, as my man Bob Dylan would put it, in the wind (theek hai, this is India and the wind is hotter than what Dylan was singing about, but hey, we’re splitting our hair extensions here). The results from Kairana and all those other rural-type places...

That the days of this fascism are finally drawing to a close. There's only one message blowing, as Bob Dylan would tell the BJP.

Not a moment too soon either, I am telling you.

I have never felt so muzzled, so muffled, so silenced and so censored as I have over the last four terrible years. I have gone on writing and speaking and moaning and groaning, from my laptop to my rooftop, about losing my freedom of speech and my fundamental right of expression. But, you know what, these just haven’t come back. And they won’t — not until we push those wicked men in khadi, sorry, khaki, out. 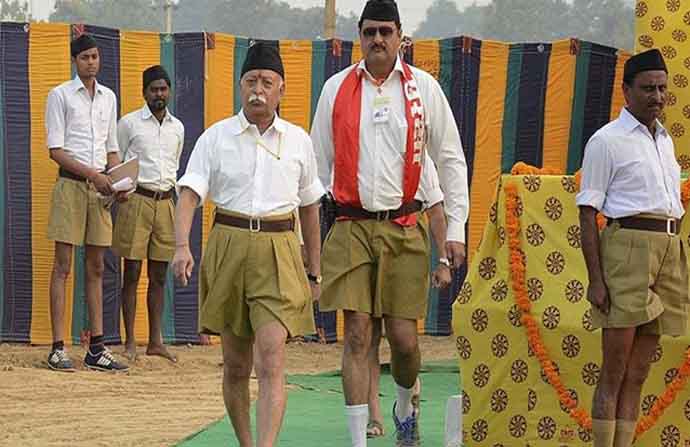 It's the colour of the season. But for how long?

Not that I have anything against khaki as such.

It’s the colour of the season, I read in a fashion magazine while I was waiting for my other revolutionary and/or radical friends to join me for our weekly Khan Market brunch. We have an uber-revolutionary WhatsApp group too. We keep trying to reach out to our comrades in the jungles somewhere — at least, they can send us pictures for our Instagram feed — but their network is sometimes not so strong.

Anyhow, khaki, I was on about. Even khaki can’t hide the horrors of these evil, fascist men who have, over the last four years, tried to suspend the Constitution and impose an Emergency in this country.

No, no, not 'The Emergency' — that happened in 1975. I wasn’t even born then (actually I was, but hey, who wants to say? Thank God I protested against Aadhaar — such an invasion of my privacy, you know!). Anyway, 'The Emergency' got over after a bunch of dudes, some guy called Lobhia, no, sorry, that’s a vegetable, Lohia and some other brothers from different mothers joined together to push Big Mom outta power. Yeah, that was quite cool. There was a guy called Lobhia, no, sorry, that’s a vegetable — Lohia.

But even then, even during 'The Emergency' or ever since, we've never seen, like, the attacks on pluralism we’re seeing in India now.

What’s that? 1984? Thousands of Sikhs killed? Hmm. But I’m sure they’ve all been adequately compensated and the bad guys strictly punished, no? No?

Well, at least there weren’t cow slaughter lynchings then. Just look at these terrible, terrible cases. Poor individuals picked on just over the suspicion of having beef — I mean, imagine. Next you’ll say they’re eating filet mignons in their gaons. Even if they are, so what? It’s not like they slaughtered someone.

Sorry, what’s that? The Congress established the law against cow slaughter? 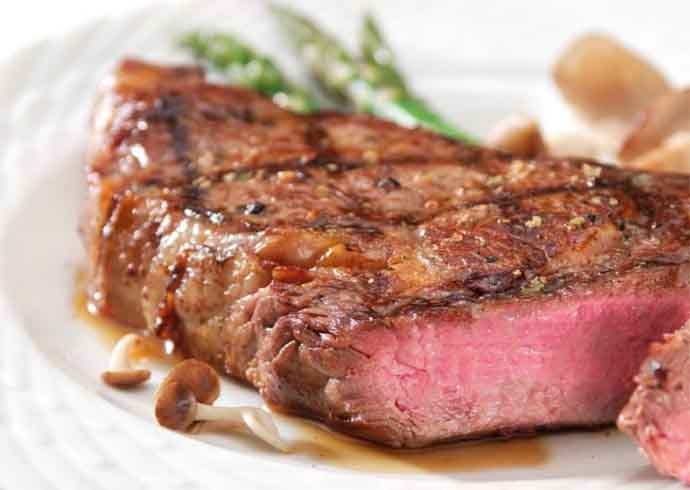 A Rare treat: Dude, is that even rustic fare?

Yeah, so they did. But, you know what, like so many other laws they established, they never implemented this. This was like, you know, the rest of all the laws, all wink-wink, nod-nod, chomp-chomp. Sometimes, you have to have laws for the law books. But no one takes them seriously, for Pete’s sake!

Why did the khaki chaddis have to believe in that cow slaughter law? Seriously, how unbelievable are their beliefs? I like soft toys... toh what is wrong with soft Hindutva?

Mainly, my point is — I hate hardliners. I mean, come on, they won’t even let you have a chilled beer in peace! Remember those Hindutva hotheads who gate-crashed that pub in Mangalore and beat up all those girls – girls just like you, by the way, all very Western and cool, you're on Messenger, right? — simply enjoying a drink in the bar? Remember that and feel very, very afraid because you could be the loony brigade’s next target. Not kidding, babe. I am so glad that Siddaramaiah dude, he took such firm action. I mean, wow. Protecting the witnesses of that insane attack. Saving all the evidence meticulously. Making sure the guilty were totally punished.

What’s that? They all got off?

Oh well. What does one pub attack here or there even mean?

The point is, fascism must be defeated.

And it’s not just cool city dudes like me saying so, just Liberals-In-Linen (LIL) or Spaghetti-Strap-Socialists (SSS) who recycle their garbage and have solar panels for the domestic staff. Look at Kairana, man! That’s where the farmers united to defeat the fascists! I mean, thank God for all those Jat Boys – I promise to never mock at their car stickers again. Respect! 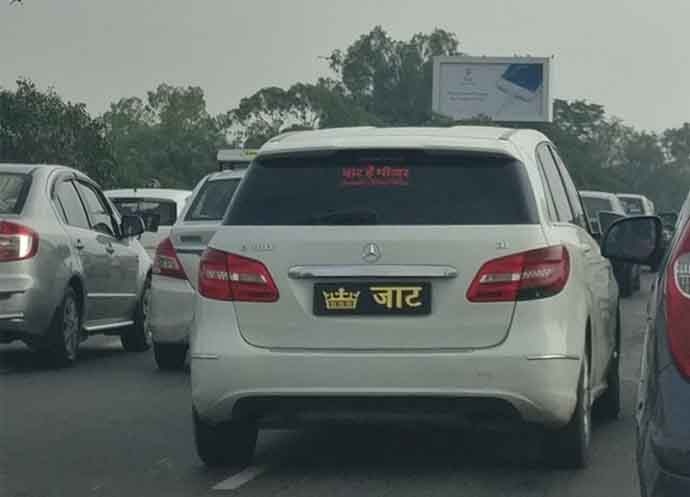 Thank God for all those Jat Boys.

And three cheers – hic, hic, hooray – for all the parties which push caste and minority politics too. They, trust me, will save our secular skins.

We will never go forward unless we go Backward first, dude.

What? That's Mandal 2.0? But what’s wrong with that? You need Mandal to pit against Mandir, no. I mean, I can’t think of even one reason, forget 12 Reasons Why Not.

‘Secularism’? Sorry, can you speak louder. They play all that jazz too loud in this café…

Speaking of which, once the fascists have gone, it’ll be so nice to have our soft-spoken lot in power again – back where they belong, in the centre of civilisation and the lap of the Resistance. Khan Market: The centre of the Resistance.

I keep bumping into Rahul here. He's so cool. I mean, imagine, walking around like a normal citizen! With just, maybe, four or five security guards! Like, isn’t that amazing. I’m sure once Rahul is PM, they’ll have a think-tank or something in Khan Market. Total icing on my delicately layered artisanal Maraschino cherry cake.

Oh, I can’t wait. Finally, we’ll have all those book paunches, sorry, launches, back in town! All that gorgeous currently-suppressed art — these wicked men would have driven poor MF Husain to heartless exile! Thank heavens we brave liberals fought them all the way and ensured the genius could breathe his last in his own beloved land. All the cocktail parties which, you know, yaar, have just wilted since this lot, which doesn't know the difference between a cabinet and a Cabernet, came. And all those lovely TV networks flourishing again, where we can go on air and talk uninterruptedly about all the death threats we receive.

But who will give us death threats once the fascists are gone?

What will the Resistance resist then?

Endemic corruption? Decades of cruelty, the twisting-away of all rights, including Mr Sheikh Abdullah's, in the utterly beautiful, utterly ugly land of Kashmir? Crimes against Dalits, like the massacres of Tsunduru, Khairlanji, Jhajjar? Or the banning of that most famous book by that most famous author of India whom we still cannot read aloud, without having to go to jail?

Are you kidding me?

Once the Linen Liberal, the Muslin Maoist's achhe din are back, I know what I'll most angrily protest.

Have you seen how quinoa prices are rising, babe?

Post your comment
#Sangh, #Liberals, #Khan market, #Kairana by-poll
The views and opinions expressed in this article are those of the authors and do not necessarily reflect the official policy or position of DailyO.in or the India Today Group. The writers are solely responsible for any claims arising out of the contents of this article.