The glimpse of the castle, the light sound of familiar notes being struck on a celesta, the mention of Professor Dumbledore — even the first few seconds of the trailer of Fantastic Beasts: The Crimes of Grindelwald is enough to arouse Harry Potter fans.

As the trailer moves forward, we witness a young Newt Scamander, a young Dumbledore, and Newt’s friends— both magical and “nomaj” (“muggle”, if you prefer the British nomenclature) — from Fantastic Beasts and Where to Find Them. And, of course, we then see the titular antagonist: Gellert Grindelwald.

And there lies the problem.

The character of Grindelwald, Albus Dumbledore’s friend-turned-foe, one of the most powerful dark wizards in the universe created by author JK Rowling, has been portrayed by actor Johnny Depp in this film and the previous one. And the crimes of Gellert Grindelwald extend beyond the silver screen (or a YouTube video). And outside the magical world, Johnny Depp is apparently an abusive man. Depp’s ex-wife Amber Heard has accused him of being physically abusive. Heard has, post-the allegations, been called a liar and shamed on social media — basically, treatment that is meted out to survivors very often.

Depp, on the other hand, has enjoyed a flourishing career despite it. Depp, somehow, has managed to evade that; this is not just surprising, but also quite bizarre.

Fans of the Harry Potter series have, for quite some time, objected to the presence of Depp in the Fantastic Beasts series. In fact, they protested to the point that JK Rowling had to respond. Of course, her response was not something the fans wanted to hear. Rowling defended Depp’s presence in the films, writing: “Based on our understanding of the circumstances, the filmmakers and I are not only comfortable sticking with our original casting, but genuinely happy to have Johnny playing a major character in the movies.”

Rowling’s response elicited a lot of anger, but readers have, for some time, learnt to live with the fact that the author of one of the most popular book series is problematic. While her needless “woke” posturing, “ally theatrics” and trying hard to stay relevant, can be explained, what is seriously baffling to many is her stance on Johnny Depp, not only because she likes to believe herself a good-hearted liberal (she’d call herself a Hufflepuff for sure), but also because she, herself, has been reportedly a survivor of an abusive relationship.

Portuguese television journalist Jorge Arantes, JK Rowling’s ex-husband, and the father of her daughter Jessica, reportedly had a “terrifying temper” and admitted to have behaved violently with Rowling; there was at least one occasion when he had slapped her hard before throwing her out of the house. But JK Rowling’s defence or not, Depp’s inclusion in the movie does make it a conflicting watch for fans.

What should they do?

Boycott the film because art, of course, cannot be separated from the artist?

After all, when we try and view art independent of the artist’s actions, we silently make the misdeeds of the artist more acceptable. Imagine this. When we don’t separate art from the artist, and pay our patronage to the said artist, we only make it clear that “you may have done bad things, but in the real world that doesn’t matter, because your life will remain unaffected.”

On the other hand, boycotting the film, only to boycott a problematic artist, negates the work of all others involved.

This too, is problematic, for it places one person (the abuser) in a position of too much importance. Do the misdeeds of Johnny Depp overshadow the hard work of all others involved? In addition to devaluing the labour of others, in this case particularly, boycotting the film may also serve as boycotting something unique and wonderful.

Films, whether action, fantasy or romantic, have mostly always portrayed men in one form: toxic hypermasculinity. Fantastic Beasts and Where to Find Them is a significant departure from this “normal”. Eddie Redmayne’s portrayal of Newt Scamander, a wizard and a “Magizoologist” who loves all manner of magical creatures, is an antithesis of what most male protagonists look like. He’s soft-spoken. He’s caring. He’s hesitant. He’s empathetic. He’s nurturing. And he’s vulnerable. 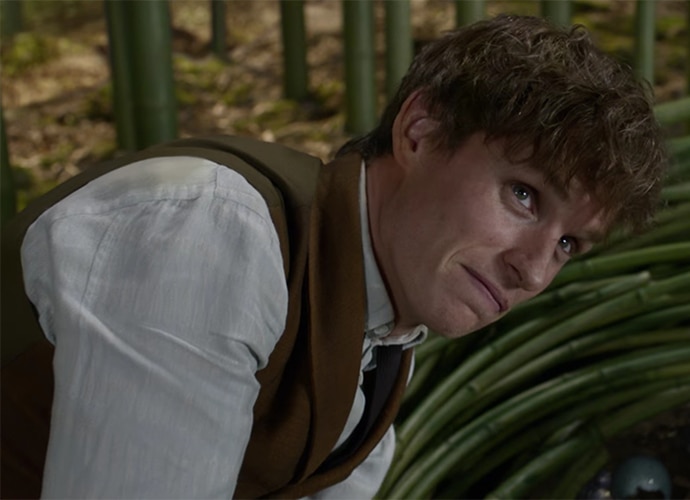 Culture critic Jonathan McIntosh in his video essay “The Fantastic Masculinity of Newt Scamander” notes: “Newt Scamander, protagonist of this Harry Potter spinoff, is an unconventional male hero. The kind of character typical relegated to sidekick status. He performs a refreshingly atypical form of masculinity, especially for the lead in a fantasy adventure story. His is a quiet, vulnerable, yet confident form of manhood.”

Do Depp’s actions, thus, warrant a boycott of something that is not just a refreshing change, but also a necessary one?

Alas, it is an unfair decision to thrust upon viewers and fans.

In an essay for Vulture, Matt Zoller Seitz uses the term “cultural vandalism” to describe how “meaningful, even great works that dozens or hundreds of people laboured over, that built careers and fortunes and whole industries, become emotionally contaminated to the point where you can’t watch them anymore” because of the actions of a few.

It is Depp, and the complicity of JK Rowling, who have marred the experience of fans even before the film has been released. It is Depp who has vandalised a series that has inspired both children and adults. It is Depp who has cast a stain on the the lovably awkward presence of Newt and the powerful, yet empathetic presence of Albus Dumbledore (played by Jude Law).

Why then must everyone else suffer?