The JuD chief's political front MML has fielded 265 candidates in the general elections to be held on July 25.

With the general election in Pakistan just days away (July 25), political parties have intensified their poll campaigning in an attempt to garner support from people, who, they claim, would bring them to power.

However, what these political leaders don't seem to realise in their excitement is that they might be sharing their elected seats with some of the most-dreaded designated terrorist organisations internationally.

That's because apart from the political parties in fray, there is a massive number of candidates from the Milli Muslim League (MML), the political front of 26/11 Mumbai attacks mastermind Hafiz Saeed, contesting the polls. Free entry: Despite the ban and checks on the JUD chief, Hafiz Saeed has been campaigning for his party candidates.

The MML has fielded at least 265 candidates for the Provincial and National Assembly seats from across Pakistan. Initially, the Election Commission of Pakistan (ECP) refused to register the MML as a political party, as it failed to get security clearance from the Federal Ministry of Interior due to serious reservations over its founder Hafiz Saeed, who has a US $10 million bounty on his head besides being enlisted in the UNSC terror list.

The MML still managed to field its candidates under the umbrella of Allah-o-Akbar Tehreek (AAT), a relatively unknown political party.

Interestingly, Hafiz Saeed, his organisation Jamat-ud-Dawa (JUD) and political front Milli Muslim League, has been enslited in global terror groups list by Washington and have been on Pakistan’s terror watch also.

Despite the ban and checks on the JUD chief, Hafiz Saeed has been campaigning for his party candidates.Travelling to major cities across Pakistan, Hafiz Saeed is openly participating and addressing public gatherings. 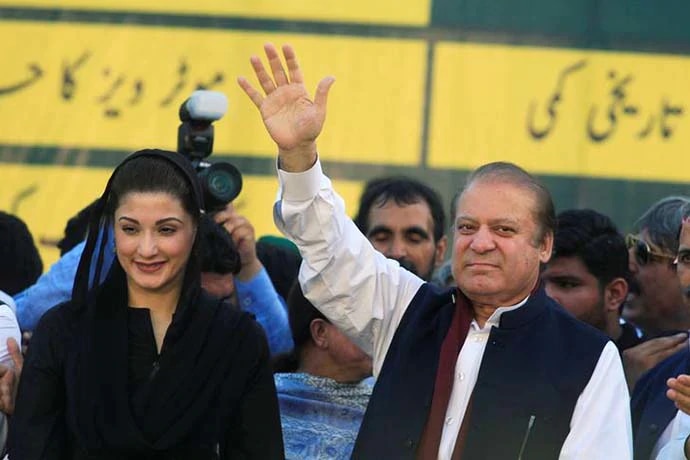 Even though Saeed has been the prime reason for Pakistan’s insertion into the Financial Action Task Force (FATF), which grilled the country for failing to crack down on Saeed and his organisation, the Pakistan government continues to allow Saeed to hold election rallies across the country.

Political observers, however, insist the general election 2018 and the people of Pakistan have no space or appetite for Saeed or his candidates as these elections are primarily seen as a contest among PML-N, the PTI and the PPP.

With the Sharif family in jail and an already struggling Pakistan Peoples Party (PPP), the MML considers this elections as its big entry into the political setup of Pakistan.

But analysts also believe that chances of MML candidates winning from any of the constituencies look slim.

They, however, also add that if the MML is able to bag even one seat it will be a massive victory for Hafiz Saaed – the first step towards mainstreaming terror outfits in Pakistani politics.

Post your comment
#Army, #Nawaz Sharif, #Hafiz Saeed, #Pakistan general elections
The views and opinions expressed in this article are those of the authors and do not necessarily reflect the official policy or position of DailyO.in or the India Today Group. The writers are solely responsible for any claims arising out of the contents of this article.