Why the Pak army has chosen 'Im the dim' as PM, the deep state's moves and implications for India.

The 2018 elections in Pakistan are seeing its army blatantly subvert whatever façade of democracy there may have been in the country. The army is not even hiding its heavy footprint, from intimidating the media to going after Nawaz Sharif (albeit through the judiciary) for daring to take on the army and creating a pitch favourable for Imran Khan. Imran Khan at an election rally in Pakistan (Photo: Facebook/PTI)

But nowhere is the army’s role in mainstreaming terror in Pakistan as evident as it is in the weeks before the July 25 elections. Fazlur Rehman Khalil, a US-designated global terrorist and founder of Harkat-ul-Mujahideen terrorist organisations, has come out in open support of Imran Khan’s Pakistan Tehreek-e-Insaf (PTI) party a week before Pakistan’s general elections. 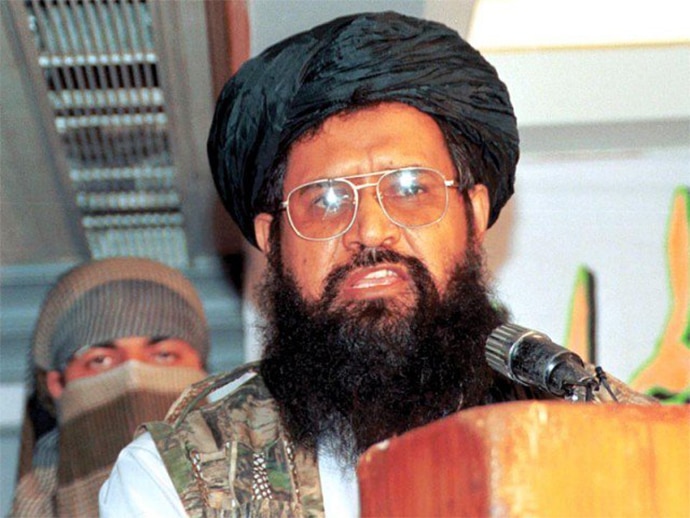 Imran Khan, also known as 'Taliban Khan' for having a soft spot for the Taliban and pro-Pak terrorists operating in Afghanistan, is the horse the Pakistan army has bet on in these elections.

It is the Pakistan army that is helping Imran Khan make inroads in Pakistan’s Punjab province, first by punishing Nawaz Sharif, then by engineering defections in his party the PML-N and creating a support system for Imran Khan’s PTI.

Khalil extending support to PTI is also seen as the handiwork of the Pakistani Deep State.

Khalil was put on the specially designated global terrorist (SDGT) list by the US government on September 30, 2014. Both his terrorist organisations, HuM and Ansar-ul-Ummah are US-designated terrorist entities. Khalil has also been linked to Al-Qaeda in Afghanistan. He is one of the signatories of the declaration of global jihad in 1998 - along with Osama Bin Laden.

Khalil incidentally has operated very closely with the Pakistan Army and the ISI in spreading terror in J&K in the 1990s. There are reports of Khalil’s men being in a supporting role to the Pakistan army in moving material before the launch of Operation Badr in Kargil.

Late Tuesday, Asad Umar, a close aide of Imran Khan, announced that Khalil had joined Pakistan Tehreek-e-Insaf party - later, it was clarified that he and his supporters will back PTI in the Islamabad seat.

"Khalil’s group was active in India in the 1990s and both HuM and Harkat ul Jihadi Islami (HuJi) targeted security forces in J&K. Maulana Masood Azhar was a part of this terror trinity. Azhar was released in exchange for passengers of IC 814 that was hijacked in Kathmandu in December 1999 and went on to form Jaish-e-Muhammed in Pakistan,’’ says Kuldeep Khoda, former Director General of the J&K police.

Khalil is not the only terrorist playing a key role in the forthcoming Pakistan assembly elections. "This is the most blatant mainstreaming of terror in Pakistan. Democratically elected leaders are in jail - and terrorists who should be in jail are being brazenly mainstreamed by the Pakistan army," Khoda adds. Saeed too is considered very close to the Pakistan Army. He is being propped up, despite the fact that Pakistan is on the Financial Action Task Force (FATF) grey list for not taking action against Hafiz Saeed and his terrorist organisation.

In case of a hung assembly, terrorists will emerge as key players and king makers in Pakistan. Aurangzeb Farooqi is on the Pakistan Terror Watch List Schedule 4 - and yet contesting elections from Karachi. His political party Ahle Sunnat Wal Jammat (a front for Lashkar-e-Jhangvi) is banned in Pakistan for causing sectarian violence, including the brazen killing of Shia minorities.

Khadim Hussain Rizvi is a hardline Tehreek-e-Labbaik leader (who threatened to bomb Holland if he had an atom bomb) has 152 candidates in the elections. Political analysts feel the Pakistan army also quietly had Mohammed Ahmed Ludhianvi’s name removed from the terror watch list as part of its strategy to mainstream terrorists and extremists.

The Pakistan army has decided the outcome of these elections - but by returning to Pakistan and going to jail, Nawaz Sharif has upset the Pakistan Army’s game plan. 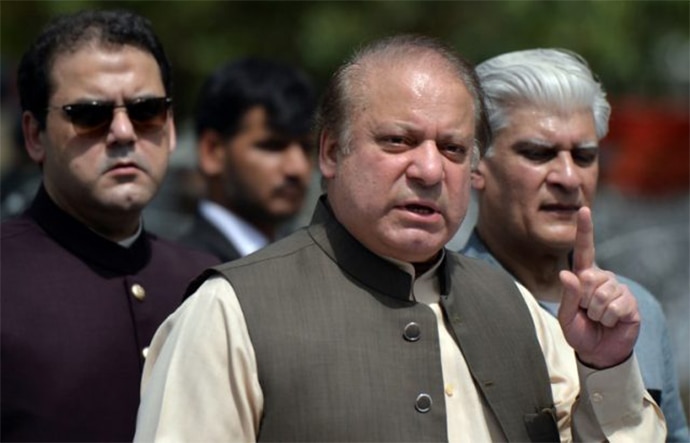 But the army will still end up calling the shots in Pakistan, irrespective of the outcome of the July 25 elections – where at least a section of civil society is still fighting to ensure democracy survives, even if by the skin of its teeth.

Post your comment
#Nawaz Sharif, #Elections, #Terrorism, #ISI
The views and opinions expressed in this article are those of the authors and do not necessarily reflect the official policy or position of DailyO.in or the India Today Group. The writers are solely responsible for any claims arising out of the contents of this article.