All men must die. But Game of Thrones is not about men and women

The real king is one. The aspirants are many.

I love Game of Thrones. Period.

Be it my childhood love of books, and later that of movies and TV serials, as soon as I finish reading or watching something, right away I want to go back to reading and watching it. That is if I love it. My instinctive response to anything is my personal gauge of the value of that thing.

I don’t read reviews, be influenced by anyone else’s viewpoint, or get into the literary or cinematic merits or demerits; I simply rate things as I respond to them during/after my first reading or viewing. And after re-watching the first four seasons of Game of Thrones in the last few days, before I watch the last season in one go, I know that despite something missing in the last three seasons, there’s something so elementary about Game of Thrones it’ll always be one of my all-time top seven TV shows: as soon as I stop watching it, I want to watch it again. I don’t need any other reason to love it, do I? 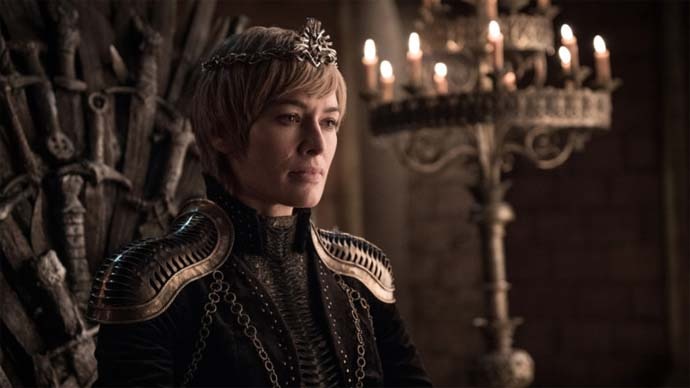 In this game either you win or you die. There's no middle ground. (Photo: Facebook)

As Cersei Lannister says in Season 1, “When you play the game of thrones you win, or you die. There is no middle ground,” there is no middle ground for a Game of Thrones viewer. You love it or you hate it. In between are those who’ve never watched it. And the latter in the words of the-always-cynical-but-never-one-to-sugarcoat-her-hatred-of-everything-non-Lannister Cersei Lannister “everyone who isn’t us is an enemy.”

Based on George R R Martin’s series A Song of Ice and Fire, David Benioff and DB Weiss’s creation Game of Thrones is that dizzying ode to storytelling that is opulent, larger-than-life and captivating, a story constituted of ingredients of an epic, characters so diverse and actions so dire they never let your mind be at peace; settings that startle you at times with their commonplaceness, and at times with uniqueness that makes you notice every crack in the wall, every crease of the heavy brocade of the royal robe, every ray of light coming from a window opening into the vacant expansiveness of a decrepit castle, a splendid court, a bedroom that has much to hide; and twists of plots, subplots, sub-sub-plots that turn the huge world of Westeros and its seven kingdoms into a microcosm of everything that is good and bad about this world since its inception.

In Game of Thrones its kings, queens, royal children, lords, knights, commoners, high-borns, commanders, soldiers, traitors, bastards, usurpers, sellswords, pirates, crows, wildlings, kingsguards, kings’ hands, handmaidens, squires, priests, prostitutes and maesters exist in a realm that despite its very humanness hum with the presence of dragons, werewolves, white walkers, wargs and three-eyed ravens. The seamless meeting of the human with the supernatural is that secret gift of a wizard storyteller whose blending of the ordinary and the extraordinary is so fluid it is like Jaqen H'ghar changing his face. Game of Thrones is riveting because of one of the best ensemble casts in TV history. (Photo: Facebook)

The principal war is for the Iron Throne. The battles are for many reasons. The real king is one. The aspirants are many, in all shapes and sizes and guises and lands. Westeros, its seven kingdoms and its noble houses and their proud sigils. For centuries, the fight has been one, united, as enemies, as rivals, as friends, as allies: who is the real king?

What I find utterly fascinating is the way George R R Martin’s characters have been reincarnated by David Benioff and D.B. Weiss with a finesse that is indescribable. Tragically flawed, supremely human, unapologetically bad, inexplicably sublime, delightfully wicked, selflessly good, the principal characters of Game of Thrones are that magnificent mix of truth and drama that is seen once in decades. Devoid of political correctness, self-absorbed to the point of narcissism, always guarded, mostly alert, occasionally vulnerable, do-or-die survivors, oft-deceived, oft-deceptive, recklessly brave, forced-to-be brave, single-mindedly resilient, they are everything you wish a fictional character wouldn’t be or shouldn’t be or couldn’t be or mustn’t be, but is. 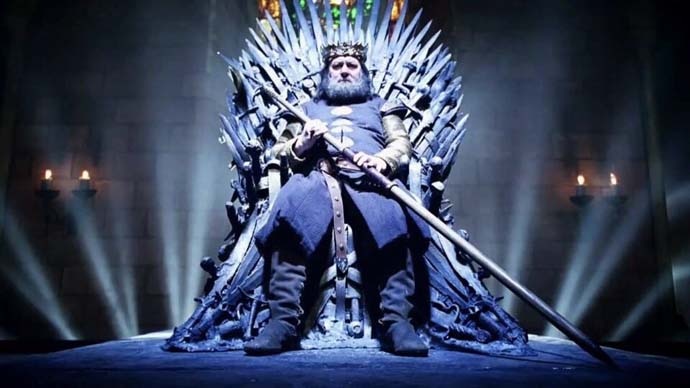 The real king is one. The aspirants are many. (Photo: Facebook)

They are many but each one of them is so splendidly crafted it is like watching the journey of one even when the story has multiple tracks running in a chaotic, crazy, vertiginous multi-layered story that has one purpose: you never know what’s going to happen next even if it is based on a story you’ve read and reread many times.

Game of Thrones is riveting because of one of the best ensemble casts in TV history. A set of mostly little-known actors in 2011 rose to global stardom as they became more than the characters Martin wrote and Benioff and Weiss brought to life. Game of Thrones is Kit Harington, Peter Dinklage, Emilia Clarke, Maisie Williams, Lena Headey, Sofie Turner and Nikolaj Costar-Waldau, so good in their roles you forget they’re anything but Jon Snow, Tyrion Lannister, Daenerys Targaryen, Arya Stark, Cersei Lannister, Sansa Stark and Jaime Lannister. 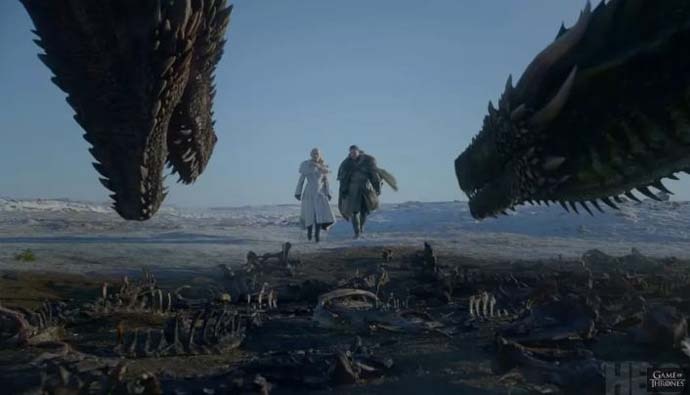 Game of Thrones does what it is not expected to. (Photo: Facebook)

Many die in Game of Thrones, and that is another thing that makes it a hard fictional punch you feel in your gut. There are scenes that take your breath away, making it impossible for you to not think about them for days. The beheading of Eddard Stark, the Red Wedding massacre, the stabbing of Jon Snow, Oberyn Martell’s death, Tommen’s jump, Ramsay’s torture of Theon, Tyrion’s revenge, Cersei’s revenge, the war with White Walkers, Cersei’s walk of shame, Viserion and the Night King...

It makes you cringe. It makes you look away. There is gratuitous nudity. There is extreme violence. There is no-holds-barred language. There is rampant sex. There is incest. Game of Thrones shows men doing everything some men have been doing forever: starting wars, killing for power, pillaging, mutilating, disgracing, violating women and the weak. There are wars for power. There are battles for revenge. In Game of Thrones as Tyrion says “the powerful have always preyed on the powerless. That’s how they became powerful in the first place.”

Game of Thrones is about the big doing the unimaginable, creating a world in which as Lord Varys says “power resides where men believe it resides. It’s a trick. A shadow on the wall. And a very small man can cast a very large shadow.”

Game of Thrones also shows women becoming the best of womanhood despite all odds, despite all insults, despite all the pain. The women of Game of Thrones born and conditioned to play subservient, lovely sidekicks to the men in their life, in their steadfast refusal to be defeated, to be invisible, are the survivor, the rule-maker, the direction-changer, the undying.

Joyous it is to hear the characters of Game of Thrones even if you turn your head away from the screen. The dialogue is sharp, witty, smart in almost every scene. The profundity, the sheer exquisiteness of the dialogue between some characters — Lord Varys and Baelish, Tyrion and Cersei, Tyrion and Tywin — it is writing that is magnificent.

Game of Thrones — its cinematography is stunning, locations magical — sets that enhance Martin’s imagination, costumes that change as per the kingdom, and editing that keeps several stories taut yet connected to form a whole that is fluid. 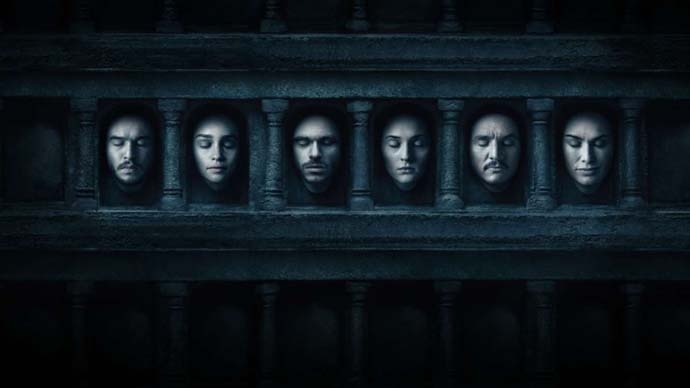 And that opening score, the theme music, it is hauntingly beautiful. This Ramin Djwadi music is the only opening credits score I’ve never skipped. Rapt, I listen. It is Game of Thrones without words: indescribable, magnificent, unforgettable.

Game of Thrones does what it is not expected to. It doesn’t give a damn whose head it takes, whose heart it breaks, whose hand it amputates, whose private parts are mutilated, whose children are killed, whose castle is burnt, whose crown is snatched, whose dignity it shreds. And it doesn’t think twice before it sanctifies the love for family as the principal force in the universe, celebrates the forever love that is beyond the physical, glorifies friendships that survive bloodshed and pain, loyalty that forms the most unlikely bonds, unions that withstand time and distance, and immortalises beauty and goodness that is beyond any ravages of ice and fire.

Also Read: If Indian Game of Thrones existed, would it look like this?

Post your comment
#Jon Snow, #Daenerys Targaryen, #George RR Martin, #Game of Thrones Finale
The views and opinions expressed in this article are those of the authors and do not necessarily reflect the official policy or position of DailyO.in or the India Today Group. The writers are solely responsible for any claims arising out of the contents of this article.