A tribute to the brilliant Guru Dutt: The great master of the art and craft of film making

On his 94th birth anniversary, we pay a tribute to the legendary actor and director, Guru Dutt, and celebrate his unique contribution to the world of cinema.

It is indeed not an easy task to cover the on-screen and the off-screen journey of a man who was a visionary as far as cinema is concerned.

His was a momentous role and since his life and work was not completely separable, his life was intertwined with his films and it reflected in his craft. On his 94th birth anniversary today (July 9), let us look at the life and work of this iconic artist. Although it is as a director that Guru Dutt is primarily remembered, his talent as an actor was excellent too, His serious as well as light-hearted roles prove that he was at ease with any role he decided to take up. Besides his monumental performances in Pyaasa and Kaagaz ke Phool, his role in Sahib Bibi aur Ghulam, as the shy simpleton Bhootnath, is indeed memorable.

He was one of the most versatile artists of our film industry. After having trained in modern dance with the famous Uday Shankar in Almora, Guru Dutt (whose original name was Vasanth Kumar Shivashankar Padukone), started his film career as a choreographer with Prabhat Studio in Pune.

It was in Pune that he met Dev Anand with whom he struck a great friendship. Dev Anand asked him to direct Navketan’s Baazi (1951). The film was a crime thriller and did well. Its music was a rage. It was during the making of this film, that Guru Dutt met Geeta Roy who was the singer for the film. They fell in love and got married in 1953.

Before Pyaasa, Guru Dutt had directed some light-hearted romantic and suspense films like Aar Paar, Mr.& Mrs 55, Jaal and Baazi. However, it was with his magnum opus Pyaasa in 1957 that Guru Dutt’s famous style of film making emerged and was established.

His own views and beliefs went into this film, his very heart and soul. In Pyaasa, he essayed the role of Vijay, a poet who fights against the hypocrisy of society, against inequalities and rejects wordly success to escape into his own world of innocence along with Gulab (Waheeda Rehman), a prostitute, who proves to be his soulmate. Vijay has a quest (pyaas), just like Guru Dutt had in his real life. 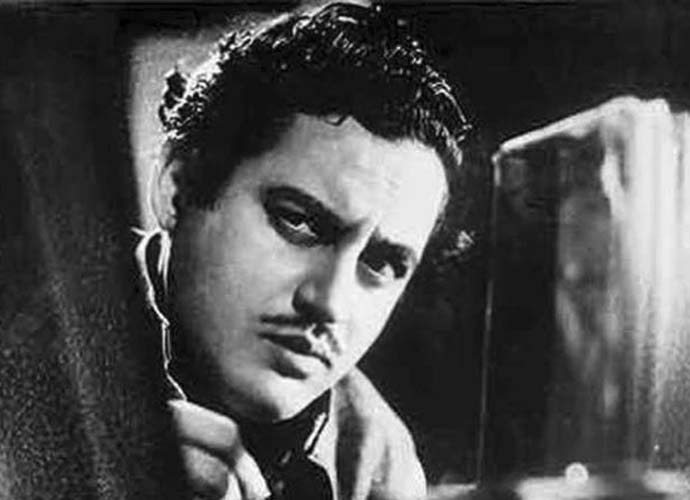 Dutt’s filmography is full of imprints of his personal life — it’s as if the two are intertwined and inseparable. (Source: India Today)

One cannot say what difference it would have made to Guru Dutt’s career had Dilip Kumar accepted this role of the poet in Pyaasa. It seems that Guru Dutt was destined to play the role.

Pyaasa was followed in 1959 by Kaagaz Ke Phool that was a step ahead of Pyaasa for Dutt, as it envisaged major parts of his life story. It was an ambitious film, much ahead of its time, and this led to his devastation. The film was not successful and Dutt was terribly disappointed. He never gave his name as a director to any film after this though he is believed to have directed most of Chaudvin ka Chand and Sahib Bibi Aur Ghulam. Kaagaz Ke Phool was made 60 years ago and projected his life and work, his philosophy. It laid bare its maker’s heart and soul, his despair and pain. By the time its time came, the creator had passed away.

It is now considered a cult classic, one of the best films in world cinema.

Despair and sadness loomed large over Guru Dutt’s life. His personal problems were growing as he was torn between his wife and the co-star whom he was intensely involved with. He suffered tremendous inner conflict. There was a constant restlessness within him that eventually led to his tragic death in 1964 (it is still debated whether he committed suicide or it was a combination of sleeping pills and alcohol that caused his death). In less than two decades of his career, this actor, director, cinematographer and producer set a benchmark that was never reached by anyone else.

During his life, he was, unfortunately, not given the recognition for being the master artist and craftsman that he was.

One wonders, if his early death, at the age of 39, led to a greater romanticisation of this man. The tragedy and romance associated with his life did, no doubt, add to the phenomenon he came to be considered all over the world. 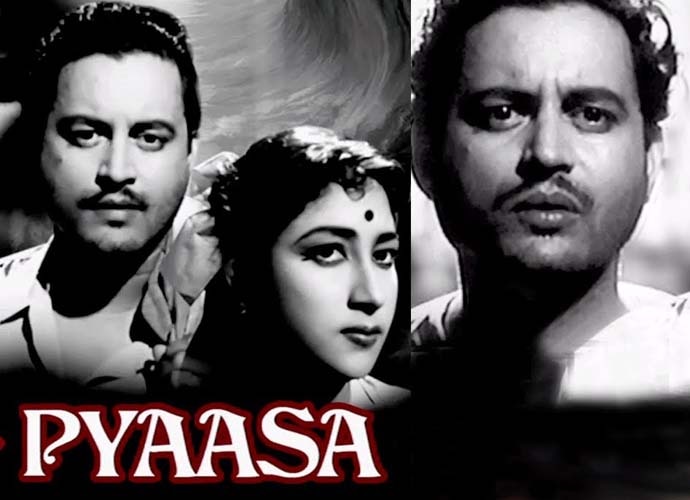 Blessing in disguise: Dilip Kumar could not accept the poet's role in Pyaasa, because of which Dutt got to play the role. (Source: YouTube/ Ultra Bollywood)

Dutt’s fine artistry can be seen in Baazi, Aar Paar and Mr. and Mrs 55. As an actor, he came across as natural and spontaneous. Both Pyaasa and Kaagaz Ke Phool portray the conflict between materialism and innocence/simplicity. Vijay, in Pyaasa, rejects the materialistic and opportunistic world (Yeh duniya agar mil bhi jaaye toh kya hai?). Sahir Ludhianavi’s powerful lyrics highlighted the themes of Pyaasa. In Kaagaz ke Phool, we see the ruthlessness of the world in the form of the attitude of the film industry which respects only the young and successful.

The black and white classics made by Dutt  have a vastness and depth that reflect the inner life and personality of their brilliant creator. 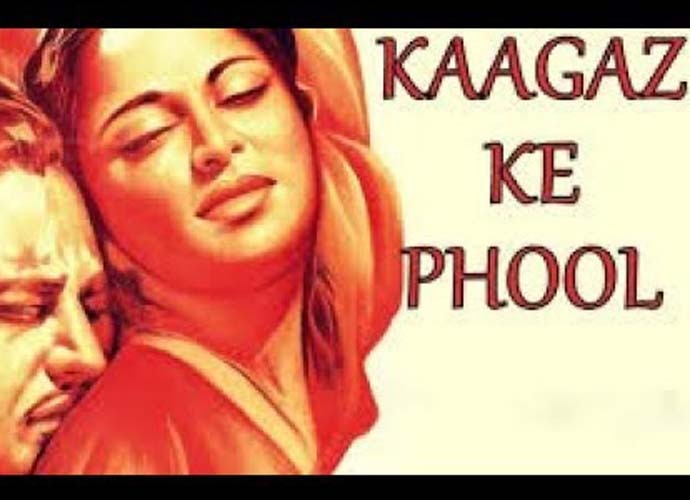 Dutt’s Kaagaz ke Phool showed the conflict between materialism and simplicity, and the ruthlessness of the film industry. (Source: YouTube/ 21CenturyProduction)

Chaudvin Ka Chand, released a year after Kaagaz Ke Phool, was a Muslim social film which was a great hit at the box-office. It was believed to have been made under the supervision of Dutt, but the credit for direction is given to M.Sadiq. Sahib Bibi Aur Ghulam, based on a Bengali novel by Bimal Mitra, also has the stamp and signature of Guru Dutt though its director was Abrar Alvi, his close friend. Dutt was working on Baharen Phir Bhi Aayengi when he passed away. Many scenes of this film had been shot with Dutt as its hero. They had to be re-shot with Dhamendra as the hero later. Directed by Shahid Lateef, it was released in 1966.

Thus, we can say that Sahib Bibi aur Ghulam was the last gift of Guru Dutt to the world of cinema. The fire in Guru Dutt’s heart has, over the years, lit the flame of creativity in many a heart.

His stamp on the silver screen will remain forever, sparkling and powerful.