From 'Sadma' to 'Mr India', 'ChaalBaaz' to 'English Vinglish', here's looking at some of Sridevi's most significant contributions to Indian cinema.

The last film of Sridevi's I watched before her demise on February 24, 2018, was Ravi Udyawar’s Mom (2017), a rape-and-revenge drama. Seen in the author-backed role of a teacher, who sets out to avenge her stepdaughter’s rape after the accused are let off for lack of circumstantial evidence, the actor’s convincing performance made Mom a watchable experience.

Sridevi had acted in films with better screenplays earlier. But Mom, her 300th film, sent out a message that she should appear on the big screen more often. Her performances in a variety of films were lessons in acting for her peers. That she did only a handful of films in the second half of her career broke many hearts.

Born August 13, 1963, Sridevi had signed on the dotted line for Kalank, the much-hyped period drama helmed by Abhishek Varman. She would have played the character of Bahaar Begum, a role that went to Madhuri Dixit after she passed away. Kalank turned out to be a lavishly mounted extravaganza with a weak screenplay. Bahaar Begum’s role, in other words, wouldn’t have been a big miss for Sridevi even if she had turned it down.

The film industry is an unpredictable world where stars fall off the sky from time to time. Young men and women, once seen as promising, find producers looking the other way after they start failing at the box office.

Nothing of that sort happened with Sridevi.

She acted for many years, chose to retire and made a comeback when she felt she should.

She was, for her millions of fans, the eternal superstar.

The dynamic duo: Sridevi established a hit jodi with both Jeetendra and Rajesh Khanna, early on. (Photo: YouTube screengrab)

Sridevi’s first leading role was in Thunaivan (1969), a Tamil mythological drama in which she played Lord Murugan at the age of five. The youngster would soon find her way into the hearts of film-lovers down South — and remain there even after she had acted in her last.

The actor’s first leading role in Hindi cinema was in Solva Sawan (1979), a critical and commercial dud. She experienced the sweet taste of success with Himmatwala (1983). Himmatwala was a loud romantic comedy with songs and dances, and dialogues targeted at the frontbenchers. It was a colossal hit — spawning the BO-friendly pairing of Jeetendra and Sridevi who shared screen space in 16 films.

Sridevi also experienced success with Rajesh Khanna, who had left his best days behind long ago, with films like Naya Kadam (1984), Masterji (1985) and Nazrana (1987). Her work with Jeetendra and Khanna seldom impressed the connoisseur. Still, it was difficult not to accept that she was an unstoppable force of nature who sparkled amongst her contemporaries.

Spontaneous in front of the camera, she was the empress of all she surveyed during her heydays. She mostly worked in films in which heroes occupied centrestage, and also acted in too many masala entertainers with stereotyped stories and characters. But her fans eagerly waited to see her twinkling eyes and mischievous smile.

A complete natural, capable of stepping into the shoes of her character with ease, she frequently rose above screenplays to turn mediocre films into reasonably enjoyable ones. Sridevi made us laugh, cry and fall in love with her every performance. (Photo: YouTube screengrab)

So what if Sridevi’s blockbusters were released years ago? The biggest of her films live on in the minds of filmgoers. Consider Nagina (1986) — a snake fantasy in which she played a shape-shifting cobra who marries an ordinary person to avenge the death of her spouse. Nagina rocked the box office and had a sequel called Nigahen: Nagina Part II (1989), which was a failure. Other snake fantasies would hit the small and big screens later, but Nagina is arguably the most widely watched film of its kind ever made.

Sadma (1983) was a poignant tragedy that tugged at the heartstrings. Seen as a young woman who is diagnosed with retrograde amnesia after suffering serious head injuries in a car accident, Sridevi matched her accomplished co-star Kamal Haasan, who played a schoolteacher, step for step in this underrated classic.

Mr India (1987), a superhero fantasy film, featured Anil Kapoor in the titular role with Sridevi cast in the role of a journalist. The importance of Kapoor’s character and the presence of Amrish Puri as the cartoonish villain Mogambo notwithstanding, it was she who stole the show with a characteristically fluent performance. Her best moments in the cult classic were the unforgettable Hawa Hawaii performance and her gut-busting imitation of Charlie Chaplin, which showed her special comic talent that few other leading female actors in Indian cinema can match.

Sridevi’s ability to portray a wide range of emotions was best seen in ChaalBaaz (1989), a slapstick comedy in which she played the double role of twins who get separated at birth. One of them is a shy and diffident girl who grows up with her selfish relatives, while the other is a garrulous and confident dancer who grows up in the slums. She played the two sisters with contrasting characteristics impeccably, gaining immense appreciation nationwide.

An accomplished dancer who popularised many songs with her performances, Sridevi excelled with her Mere Haathon Main Nau Nau Choodiyan performance in Chandni, also released in 1989. Chandni, the story of a woman two men fall in love with, became widely popular because of Sridevi’s fashion statements in understated white. The film also presented her as an appealing titular character with depth that filmgoers universally liked.

Yash Chopra, who had helmed Chandni, gave Sridevi a double role to sink her teeth into in Lamhe (1991), a well-scripted powerful romantic drama way ahead of its time. One of them was the mother who dies in a car crash, and the other her orphaned daughter. Lamhe was a nuanced romance with a bold story that failed in the Indian market — but Sridevi’s performance received widespread critical acclaim. 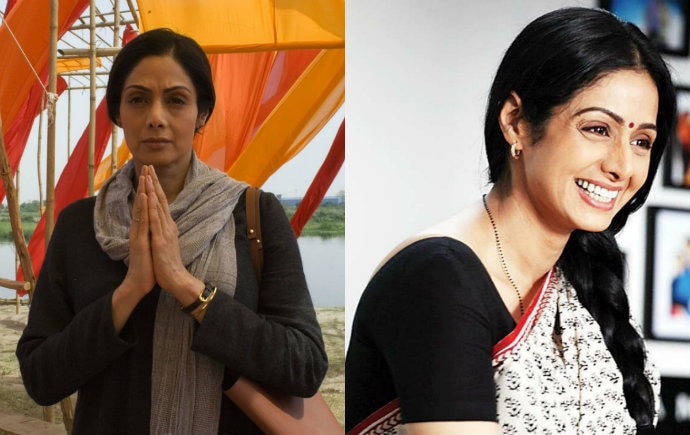 Many young filmgoers would remember her best for her performance in English Vinglish (2012) — an extremely sensitive film with which she returned to the big screen after a long hiatus. Seen as a woman who enrols in an English language course to gain the respect of her daughter and husband, her performance was an indication that she had a lot more to offer.

The news of Sridevi’s death at 54 was a shocking headline for everybody who had grown up watching her films.

Her cinematic journey had been a long one for someone so young, and it seemed that her best moments hadn’t been recorded when she passed away.

A brilliant actor who gave us a lot of joy, Sridevi’s body of work has enough highlights to keep us engaged for a long time. That’s our good luck.

#Mr India, #Sridevi death, #English Vinglish, #Sridevi
The views and opinions expressed in this article are those of the authors and do not necessarily reflect the official policy or position of DailyO.in or the India Today Group. The writers are solely responsible for any claims arising out of the contents of this article.