I am more of a dosa seeker than a dosha seeker: Twinkle Khanna

This is a grown-up novel about becoming a grown-up woman, owning the scars, the cellulite Rule #1. Women tend to appease so much, bend so far backwards that they find themselves lying on the floor

Rule #2. Want is a bin liner, it accepts scraps willingly

Rule #3. Fear is always dormant in our bellies, only waiting for a morsel suited to its taste buds

Rule #4. Conventionally happy women are those women who massage a man's ego as well as his penis

Rule #5. Love is far from perfect. It's messy, wrinkled, torn in bits and stapled together. But it is resilient

Rule #6. The problem with the 21st century is there are as many doctors as there are ailments

And of course, rule #7. Pyjamas are forgiving, which is why men wear them and women don't

If there was ever a book about women, here and now, then it is this, Twinkle Khanna's first novel and third book, Pyjamas Are Forgiving (Juggernaut). It's not merely because it is tart and juicy, like everything else she writes, but also because it has a depth of understanding about the way we are which is revelatory.

One of the most remarkable things about the novel is the theme of women helping other women — the sister, the friend, the mother even — but not in a holier-than-thou way. And the other remarkable thing is its characters. There is our charming but very fallible heroine, Anshu, who runs into Jay, her shitty ex (imagine Darcy with a mommy complex) and his new wife (young, silly and shallow) at an Ayurveda spa where she makes her annual pilgrimage to align her doshas. There is Jay's older cousin Lalit and his status as Uncle Octopus, so named because of his proclivity towards running his hands liberally over every woman he meets and greets.

There are cameos that will make you laugh out loud, and also recognise people from your own life.

There's Anshu's sister, being wheeled in for surgery, wanting her daughter, and no one else, to get her Guccis. There's her mother enjoying card sessions every afternoon at Khar Gymkhana, except on Fridays when she would go to Lata's parlour to get her hair set. There's her new spa friend's ancient mother, sitting up in bed in red lipstick. And there's the obligatory foreigner in search of truth in India, not knowing how to react to tone-deaf Indian men who think a woman's 'no' means 'please, please, take me, I'm yours'.

This is a grown-up novel about becoming a grown-up woman, owning the scars, the cellulite, as well as the beauty spots. This is about loving, living and surviving by a writer who knows a thing or two about all three.

It is as sad as it is funny, and as heartening as it is tragic.

Here is Twinkle Khanna on why writers are like vampires and why pajamas are so forgiving.

So, why are pyjamas forgiving?

The pyjama metaphor that eventually became an allegory of life, and the foundation of the book itself, came to me a few years ago just after Diwali. After two weeks of eating mithais and wearing traditional clothes, I was putting on my jeans — and they would not zip up easily. I recall standing in front of my open closet and the entire line popped into my head — 'Shalwars are forgiving in nature, it’s jeans that really know how to hold a grudge.' 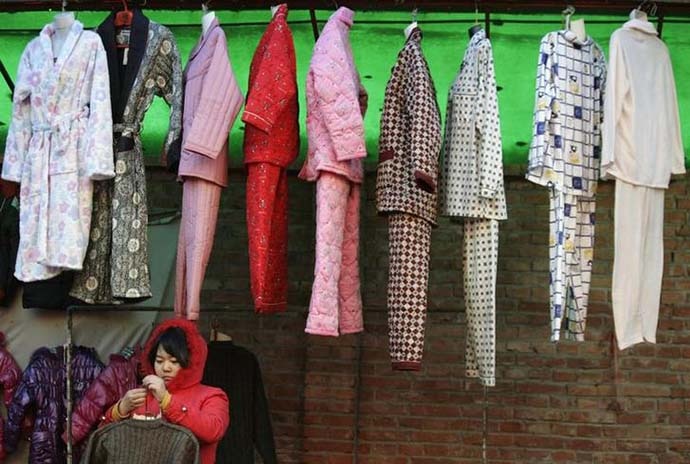 Forget the diamonds. These are your best friends (Photo: Reuters)

I then immediately waddled off to my desk, in my bursting-to-the-seams pair, and quickly jotted down the line before I would forget it all together. 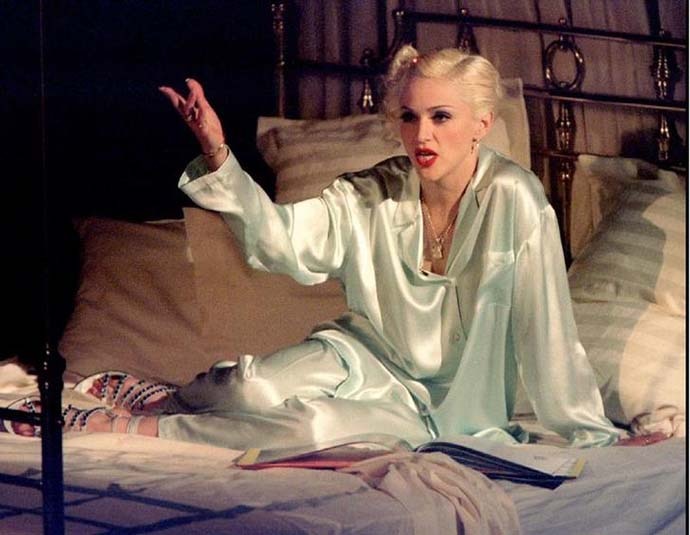 How many of the women we encounter in Pyjamas Are Forgiving are from real life? Their sisterhood rings so true.

Writers tend to be a bit like vampires, drawing on real people and pouring that blood into our characters. I too tend to watch people carefully and am an unabashed eavesdropper.

Madhu’s mother with her red lipstick was something that came out of a visit to the hospital to see a friend’s mother. I saw her with a jaunty turban wrapped around her head and this cheery bright lipstick and it is an image that has stayed with me for many years now.

We encounter the idea of marriage being two for the price of one in India in your book as well. It's taken as a given and laughed at, but it's a serious problem, isn't it? Men don't seem to want to grow up and women tend to enable them to be man-children forever. Do you see it changing?

I think marriage itself will soon become redundant — an anachronistic institution — but till then, we do have to deal with all the mummyjis that come as part of the package, with the umbilical cord tied up as a fancy bow on top. I can't decide whether I like Jay or hate him — kind of like Anshu. Love is all about conflict, right?

All relationships, even the ones we have with our children, are based on carefully crafted delusions. This is the garnish we sprinkle over the people we love in order to make them more palatable.

I thought it would be interesting to let Anshu peer beneath the filters that she had placed around Jay.

How much has wellness become part of a woman's life — is there an aspect still of guilt, of too much "me time", too much indulgence? More than a ritual: Wellness should be a right (Photo: Reuters)

The wellness industry is soon going to be the next trillion dollar industry. Guilt over looking after ourselves is something that we will perhaps be the last generation to feel.

As more and more women become financially independent and child rearing shifts to something that is shared equally, more women will have the time as well as the means to invest in their health and wellness.

Lalit, Jay's older, loaded cousin, is a loathsome character but also all too real. What makes men want to see only what they want to see in women, especially foreign women, who they feel are only too available?

How much of the balanced dosha-seeking Anshu is you?

You don’t reach your forties without feeling grief, loneliness and moments of absolute joy.

I am no Wizard of Oz who can just conjure up a heart for each of my Tin Men and Women — I have to dig within and borrow a few tears, some sighs, a laugh or two and put together some semblance of a beating organ for them.

In that sense, I would say they are all like me in some way, including Letchy Lalit! As far as doshas go, I have always had a rather large appetite (just like Anshu), so I would say I am more a dosa seeker than a dosha seeker. 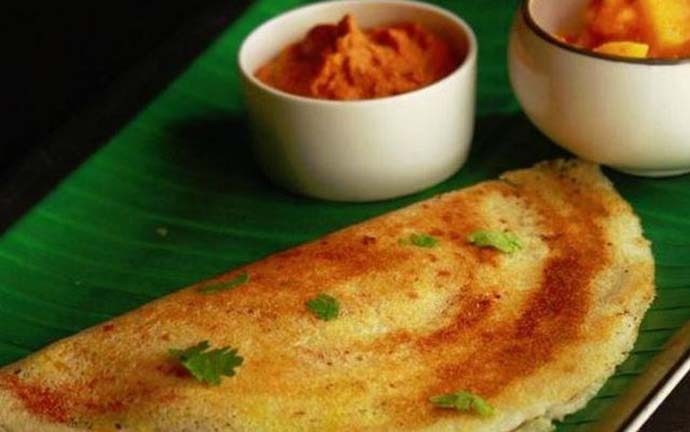 An appetite for life! (Photo: Pinterest/vegetarianindianrecipes.com via India Today)

Who are your favourite women writers and why?

My favourite women writers are Ursula le Guin and Margaret Atwood. While growing up as a sci-fi geek, these were the only strong women writers in a largely male-dominated world of speculative fiction. Jhumpa Lahiri’s Interpreter Of Maladies is one of my favourites and not just because she named a rather whimsical and charming character 'Twinkle' and changed the way I had always felt about my name. Alice Munro is, of course, my idol. I pull out her books time and again, each read lending me deeper insights into her meticulously layered characters.

Also read: Why a novelist within a novel, who rallied against Congress, is disappointed with BJP's rise