John Abraham, with his good looks and rugged physique, has managed to crack the code of a sure-fire hit — nationalism!

Uncertainty is the only certainty in Bollywood — hyped films, which promise success, crash at the box-office. Small films released noiselessly surprise everybody by becoming sleeper hits.

Inhabiting this chaotic environment, filmmakers seek magical formulae for commercial successes. Recent times have shown that nationalist and patriotic films have found viewers — resulting in more and more of them. From Uri: The Surgical Strike to Kesari, such films are rolling off Bollywood’s assembly line on a monthly basis now.

But handsome John Abraham began walking down the path of cinematic nationalism a few years ago.

While many critics believe he is guilty of consistently expressionless acting, what the actor does have is a fairly consistent fan following — with a high percentage of yuppie urbanites.

These fans have shown their fondness for his nationalist offerings, which suggests that the actor has modelled his film selection on Akshay Kumar — the immensely popular modern-day 'Bharat Kumar'. 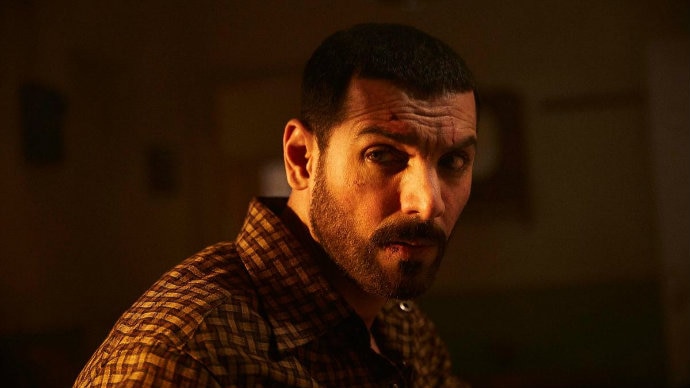 Not so raw! While RAW received some harsh criticism, it turned out to be a modestly profitable venture. (Source: YouTube screengrab)

Romeo Akbar Walter, the Robbie Grewal-helmed espionage film, has been the latest John film that wears nationalism on its sleeves. The film, released recently and attracting viewers until Karan Johar's Kalank came along this week, depicts the story of a banker, who is selected by the RAW chief to infiltrate Pakistan as a spy.

The story is set against the backdrop of the Bangladesh war of liberation, generating possibilities for stimulating storytelling. But what we see instead is a lengthy and listless film with John at the centre of almost everything.

Importantly, however, it has become a modestly profitable venture. 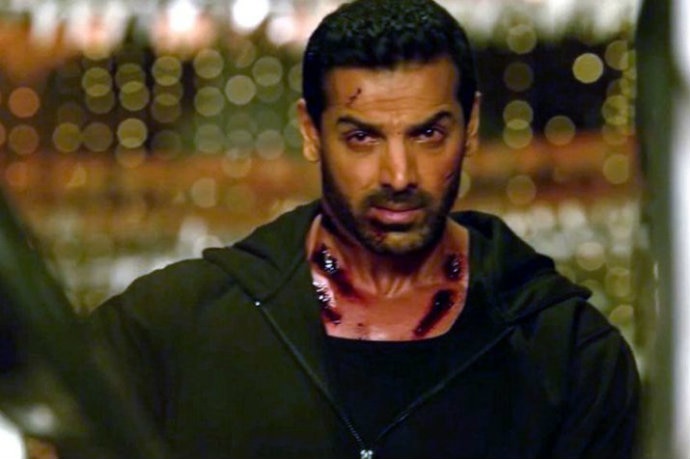 Satyameva Jayate had glaring loopholes — but the average viewer was impressed by John’s biceps and the heavy patriotism. (Source: YouTube screengrab)

Seen as a merciless vigilante, John’s character inflicts punishment on corrupt cops and burns them. The film has nationalist motifs sprinkled across the story. The viewer is made to hear the chanting of Sanskrit verses, while John’s avatar of the run-of-the-mill everyman gives a not-so-subtle nod to the Swachh Bharat Abhiyan by cleaning up beaches in the mornings. (Vigilantism usually manifests itself at night, remember?)

The plot’s glaring loopholes notwithstanding, the average viewer was impressed by John’s flaunting of biceps, action — and an overdose of patriotism. The endorsement reflected in the box-office score.

John appeared to have realised before most other stars that films with patriotic echoes and jingoistic fervour have a readymade audience. That explains why he signed on the dotted line for Abhishek Sharma’s Parmanu — The Story of Pokhran (2018), whose plot revolves around the nuclear test that helped India join the mighty club of global nuclear superpowers. Parmanu had an unconvincing plot — yet it performed profitable at the box office. (Source: YouTube screengrab)

A farrago of facts and fiction, the film has footage of Atal Bihari Vajpayee, Nawaz Sharif, Bill Clinton and Benazir Bhutto addressing the camera. However, that is obviously not everything.

The protagonist is an IAS officer from the Research and Strategy wing, who happens to be an IIT graduate. The officer, who is wrongly victimised after the first test’s failure in 1995, gets an opportunity to play his part in the Pokhran II tests in 1998 under the stewardship of Vajpayee.

The film’s far-fetched story convinced few. Yet, it evoked strong national pride and delighted viewers. Its making was the outcome of smart business sense.

The actor has learned to live with the criticism of having wooden expressions. One must add, however, that he was better than merely efficient in a fine film that places India and its concerns at the centre — Shoojit Sircar’s Madras Café (2013). John ought to have done many more films like the finely crafted Madras Café. Sadly, he hasn't yet. (Source: YouTube screengrab)

Madras Café takes the viewer to Sri Lanka, where an army major (John) has landed to head RAW’s covert operations. His target is the chief of the LTF, also referred to as ‘Tigers.’ The remarkably written story highlights the dynamics of an unfortunate war and India’s controversial intervention during that phase.

Brilliantly shot and well-acted, this was the kind of realistic film John could have done much more of.

John’s upcoming Nikhil Advani-directed action thriller, Batla House, is releasing on Independence Day this year. The film is based on the real-life Special Cell Team operation against the Islamist terrorist group, Indian Mujahideen, on 19 September 2008. Will Batla House add controversy to a simmering political topic — and be another John Abraham hit? (Source: YouTube screengrab)

Batla House is an eagerly anticipated film, which will issue a reminder that protecting the interests of the nation and its citizens comes first. Seen in that context, history will repeat itself.

John has proven that he is a capable actor — when working under the supervision of a good director in a well-scripted rarity like Madras Café. Most often than not, however, his performances still indicate that he carries the baggage of his modelling days deep inside him even today.

That said, he is a successful star.

And his nationalist films click at the box-office with consistent success — which we often don’t realise.

Also read: Kalank Movie Review: ‘It's bombastic, bizarre and Bhansali-lite. But 'Kalank' does touch your heart!’

#Satyamev jayate, #Kesari, #Uri the surgical strike, #Parmanu: the story of pokhran
The views and opinions expressed in this article are those of the authors and do not necessarily reflect the official policy or position of DailyO.in or the India Today Group. The writers are solely responsible for any claims arising out of the contents of this article.