Why it's not Bharat Mata ki jai in Kapoor & Sons

Mothers can love their children too much, or too little.

So here we are, the nation's mothers, just about recovering from the debate on whether "Bharat Mata ki jai" should be mandatory, and whether saying it in the right tone and at the right pitch qualifies one to be a nationalist. Surely the most fundamental debate in a nation which still has rampant poverty, illiteracy and hunger.

When what happens? A popular production house, known for putting mothers on a pedestal (remember the silent, weeping Jaya Bachchan in Kabhi Khushi Kabhie Gham, who stood by glumly as her husband and older son warred with each other?), decides that Indian mothers have had it too good for far too long. It's time to bring them down with a thud.

So we have Kapoor & Sons (Since 1921). Much has been made of how realistic the dysfuntional family is. Indeed it is, to a great extent, as much as Dharma Productions understands what realism is - so naturally, everyone lives in rambling houses in a picture-perfect hill station, wears fashionably layered clothing, breaks into acrobatic dance steps even though there is nary a drum roll nor a wedding sangeet in sight, and is either doing odd jobs in New Jersey or being terribly successful in London.

Also read: Homosexuality is normal, kudos to Kapoor & Sons for showing this

Its four principal male characters are various kinds of terrific. So there is the delicious Fawad Khan; he of the brooding eyes and mischievous smile; Sidharth Malhotra, who has been in training for the Perfect Punjabi Dreamboat status for a few years now; director Rajat Kapoor, seen all too rarely on screen now and unfortanately so; and our very own Uncle Chints, hidden under layers of make up and prosthetics, but very much Rishi Kapoor. 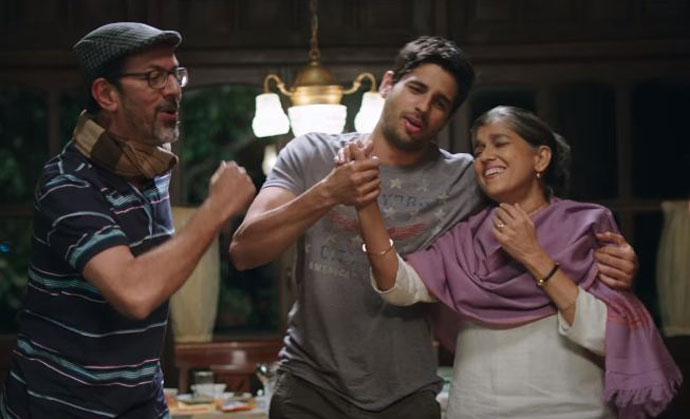 The mother loves one son too much.

A family that would be ideal if it wasn't for the mother, who seems to be the root of all problems. To Ratna Pathak Shah falls the unfortunate task of being the reason for Everything Bad That Ever Happens to the Perfect Family. She cannot seem to do anything right.

She loves one son too much. Granted, he's Fawad Khan, and a mother can get misty-eyed staring at all that beauty, but which mother would actually hurt one child in order to help the other? She loves him so much that even Fawad protests, saying he is tired of carrying the burden of being her "perfect bachcha".

She doesn't love the other boy enough. Understandble, if the choice is between Fawad and Sidharth, but even then, taking over the son's bedroom, removing all his things, wiping all traces of his childhood. Ouch. Who could be that insensitive?

She alternates between hissing at her husband about lack of money or screaming at him for wiping out her savings. Which is, one supposes, reason for Rajat Kapoor to look elsewhere for er, validation? Because, we all know that a good man, as Fawad describes his father, would never stray if he didn't have enough reason.

Even the one unfailingly fun-loving character in the movie, the dirty grandpa who loves Mandakini's wet sari above all else, immediately suspends dispensing cheer and spreading goodwill the minute she walks into the room.

But you know what? It's because being a mother is also the most thankless job in the world. No one teaches you how to do it right and even if they do, what works in one family doesn't in another. No one thanks you for their success. Everyone blames you for their failure. No one remembers the good things you did. But everyone has a very long memory for everything you did wrong.

And while fathers and sons can drown their combined sorrows in a shared whisky, mothers can't even do that - they're too busy preparing/heating the food they'll be needing when they're done.

With apologies to Philip Larkin then:

They She fuck(s) you up, your mum and dad.

They She may not mean to, but they she do does.

They She fill(s) you with the faults they she had

And add(s) some extra, just for you.

#Bollywood, #Fawad Khan, #Kapoor & Sons
The views and opinions expressed in this article are those of the authors and do not necessarily reflect the official policy or position of DailyO.in or the India Today Group. The writers are solely responsible for any claims arising out of the contents of this article.