Krish vs Kangana Ranaut: Why the director's chair always wobbles under 'star' power!

No, Manikarnika's Krish is not the first director to have been replaced by the star they were directing. That list leads to Hollywood, too.

They say that sometimes God places a wall in your path to force you to go in a different direction. In many ways, being replaced as a filmmaker on a film is akin to a wall, but more often than not, this wall has a very human form — the film’s star.

The debate of who ‘directed’ Manikarnika: The Queen Of Jhansi, and how much of it was directed by the original director, Krish (Radha Krishna Jagarlamudi), or the lead actor of the film, Kangana Ranaut, and who took over the reins in the course of the film’s production, is the latest instance of a star replacing the director.

Fresh fuel was added to the fire in light of a WhatsApp message, ostensibly from Ranaut to Krish, asking him to see ‘her’ version of the finished film before forming an opinion about it. This was put out in the public domain by the actor’s sister, Rangoli Chandel.

Here is the proof kangana clearly asked u to come & see the film on 6th December, would u please explain this .... ?? ⁦@DirKrish⁩ pic.twitter.com/bxRCQkBidn

The last time when an actor/star famously replaced a director was on Taare Zameen Par, where Aamir Khan, who was also the producer of the film, reportedly expressed a lack of faith in director Anmol Gupte after watching the rushes of the first few days. Khan then is said to have returned Gupte his script and suggested he pick someone else to produce it. But Gupte, it is believed, told him to direct it himself.

A few months after the film released, Gupte lashed out at Aamir and said that despite being an old friend, he did not want to ask him to work in his film. In fact, he only wanted him to connect him to Akshaye Khanna, but Khan liked the story and eventually offered to act in and produce it. Usually, when a star and a filmmaker collide, it’s invariably the star in whose favour the scales end up tilting.

In 1976, Clint Eastwood got the director of The Outlaw Josey Wales, Philip Kaufman, fired and ended up directing the film himself.

Years later, in an interview, Kaufman mentioned that it was Eastwood who 'decided' there were some creative differences between them, and since Eastwood was also the producer apart from being the biggest star in the world, one of them had to go.

Such a thing was not uncommon in Hollywood, which for long had been a star-driven business.

It was the same star-director clash that led Marlon Brando to fire Stanley Kubrick from One-Eyed Jacks, even though they both worked for months to develop the material. The film was eventually directed by Brando, who felt getting someone else to direct would suggest that the trouble was with Kubrick’s talent, whereas the differences they had were more personality-driven. The critics panned the film upon its initial release, and Kubrick never attempted a Western ever in his career.

One-Eyed Jacks saw a revival a few years later. Today, it’s unequivocally considered one of the greatest Westerns ever made — but one can’t help wonder how different or superior the film might have been had Kubrick helmed it.

Following the Eastwood-Kaufman fracas, the Director’s Guild instituted what came to be known as the 'Eastwood Rule' — prohibiting a star from replacing a director on a film.

While the rule existed in principle, in spirit, the practice continued in some form or the other. Eastwood himself fired Bruce Beresford from The Bridges of Madison County and once again took over directing duties.

There were also instances where stars indirectly replaced the director — there were rumours that Kevin Costner took over Waterworld from director, Kevin Reynolds, and did the final cut, while Edward Norton did an alternate edit of American History X where the original director, Tony Kaye, was not really ‘fired’, but simply replaced by the star in the editing room. 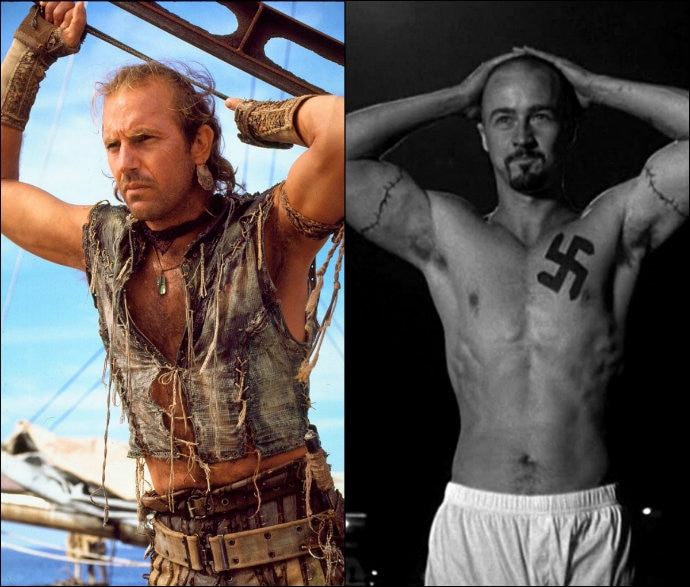 In spite of the 'Eastwood Rule', the replacing of directors with their stars continued in Hollywood. (Source: YouTube screengrab)

What prompts a star to either directly replace the director or throw their weight around till the producer or the studio is okay with such a change, depends on a variety of reasons. Classical film stars happen to be notoriously worried about a particular image and a certain stature, and anything that can threaten them sees them do strange things. This could probably be the reason why Brando, then the biggest star in the world, anticipating trouble from Kubrick, then a relatively lesser-known director but someone who couldn’t be pushed around, replaced him.

In the case of Manikarnika, Krish claims that Ranaut found some of her co-stars’ characters too overpowering, apparently Sonu Sood's in particular, who originally played the part of Sadashivrao Bhau, and was replaced with Mohammed Zeeshan Ayyub later.

Ranaut’s side claims that the producer found her version worthy enough of not only retaining but as the film had somewhat become different, she was also given joint credit as the film’s director.

The last few films that Kangana has been associated with seem to have landed her in some trouble with credits — writer Apurva Asrani called Kangana out for pushing for a writer credit on Simran, there were rumours about her demanding a co-director credit on Rangoon, along with Vishal Bhardwaj, and she reportedly parted ways with producer Ekta Kapoor when she was refused the final cut on Agent X. 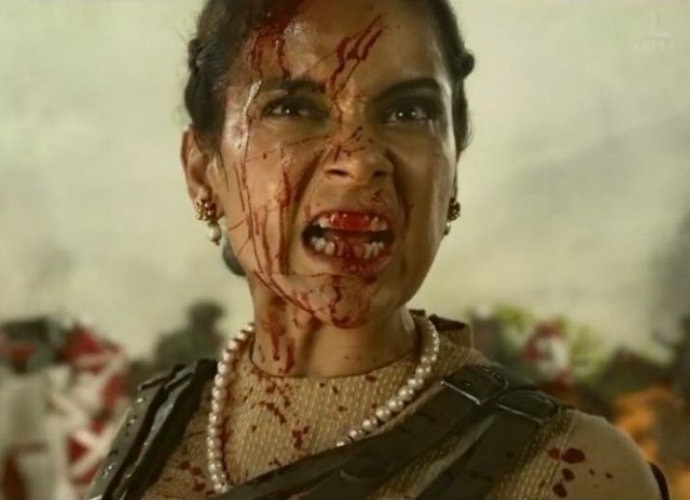 This is not over — we are still to hear many more versions of the 'truth' around Manikarnika. (Source: YouTube screengrab)

Rest assured this is not the end of l’affaire Manikarnika.

In the days to come, one would hear many more versions of the truth, or what could be the truth, from both camps.

In one of his interviews, Krish said something that this writer feels Kangana Ranaut should consider.

Krish mentions he wanted his version of Manikarnika to not glorify Kangana Ranaut, and felt that the stronger the antagonist (read Sonu Sood), the more powerful the protagonist would appear. Ranaut is a powerhouse of talent and there is little doubt that she could chew up nearly any competition. But a sudden desire on her part to surround herself with talent that doesn’t match up to her calibre, at least on screen (see Simran to get an idea), is a great waste.

Post your comment
#Aamir Khan, #Taare zameen par, #Krish, #Kangana Ranaut
The views and opinions expressed in this article are those of the authors and do not necessarily reflect the official policy or position of DailyO.in or the India Today Group. The writers are solely responsible for any claims arising out of the contents of this article.