A thriller writer explains why he sets his books in Kumaon

I ensure that despite the odds, the hero does manage to subvert the insidious intent of criminals wanting to use the hills as a base for organised crime.

I fell in love with the Kumaon hills at age six, when my parents moved there to live in a huge, rather ramshackle old stone house high up on a hill on the outskirts of Almora. The noxious species called "builder" had not invaded the mountains as yet, the P&T department's land lines worked occasionally, private motor cars were an uncommon sight and creaky, converted trucks served as buses under the aegis of the Kumaon Motor Owners Union Limited. Tourism was limited and the hills were seriously quiet, economically backward, unspoilt by concrete and plastic rubbish - and in their gentle, unsophisticated way, utterly beautiful.

The business of life - acquiring an education, finding a job, building an adult life - took me away for decades, but distance did make the heart grow fonder and frequent visits reinforced the ties that bound me to the hills.

When I sat down, post an early retirement, to fulfil an old ambition to write thrillers, it was in some sense inevitable that I thought of a "Himalayan Series" and named the first two books Himalayan White and Himalayan Hazard, respectively.

More than five decades have passed since my introduction to the Kumaon hills and "development" has come to the mountains - ill-planned and unregulated development that serves to destroy the very gifts of nature that made the mountains what they are in the first place.

However, despite the rampant deforestation and emergence of monstrous concrete slums masquerading as towns and holiday destinations, the Kumaon is still quietly beautiful - at least where heavy-handed builders have not yet reached.

The hero of my novels, the sensible man that he is, lives in the interior, far-from-tourist-infested lakeside resort towns and their plastic-laden, garbage-strewn hillsides. He does drive through the concrete jungle that has replaced oak and pine between Bhim Tal and Bhowali but he leaves it behind - way behind - en route to his Himalayan retreat almost a hundred kilometres away. But crime has come to the Kumaon - both in fiction and in fact. PC: Reena Devi Dhobal

But crime has come to the Kumaon - both in fiction and in fact. One now hears about prominent businessmen being kidnapped for ransom, students being knifed in college election disputes and smuggling routes for transporting "forbidden" mountain products from the interior to the markets in the plains.

For a writer, thus, the Kumaon offers an ideal setting to base stories in - deserted villages, an underdeveloped economy, unemployed and underemployed youth, alcoholism and a gradual decline of the old ways where you did need to lock doors against panthers, not people!

It is often argued that the three essential ingredients a thriller writer has to get right are protagonist, pace and plot.

The hero - (s)he of the thousand faces - has to be a compelling and attractive personality, the plot has to evoke interest and curiosity and the pace has to keep one turning the pages compulsively.

The fact that the hero is the centrepiece of the thriller is undeniable - from Raymond Chandler's Philip Marlowe and Dashiell Hammett's Sam Spade to James Lee Burke's Dave Robicheaux, Thomas Perry's unnamed Butcher's Boy and Lee Child's Jack Reacher, we have a long list of powerful characters whose adventures are addictive and whose sales keep the publishing industry smiling all the way to the bank.

What this analysis tends to ignore, however, is that every hero's story is set in a locale that gives both colour and context to the tales of derring-do of these modern knights in more or less shining armour. With Marlowe we explore the Greater Los Angeles area, with Burke's Robicheaux we get an evocative glimpse of Louisiana's Gulf coast, swamps, bayous and, of course, the gritty streets of the city of sin - New Orleans. Lee Child takes us along with his hero Reacher, on a fascinating tour of the United States with a quick trip to the United Kingdom, the author's home country. Lee Child develops it very smoothly - Reacher realises that he has seen a lot of the world but very little of his own country and so, after retirement, sets off to see the United States up close and personal; he wanders about hitching rides or using buses, encounters interesting women and nasty villains, rights wrongs and moves on carrying just a toothbrush as his only item of luggage!

The pictures that writers sketch of the locales their heroes inhabit stay with one for years on end. I still recall the images of Scotland that John Buchan's adventure stories embedded in my young mind years ago when I read John Macnab!

Both Scotland and I have aged considerably since, but the images of poaching a stag in a Scottish glen and a salmon in a highland stream are bright and alive as ever. 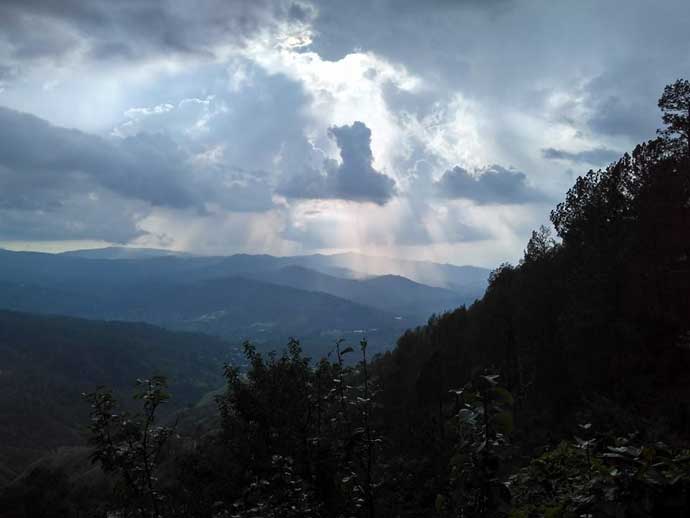 My choice of the Kumaon as the setting for my thrillers - leavened with the big city flavour of Delhi and the National Capital Region - was impelled by my familiarity with and affection for these geographies. The storytelling, too, is strongly conditioned by these sentiments and I ensure that despite all odds, the hero does manage to subvert the insidious intent of criminals wanting to use the Kumaon as a base for organised crime.

It is, however, only to be hoped that in one of the world's fastest growing economies and fastest degrading environments - physical and social - life imitates art if one dares call "escape literature" art of some sort and the barbarians are somehow kept at bay for a little while longer.

Post your comment
#Hills, #Kumaon, #Himalayas
The views and opinions expressed in this article are those of the authors and do not necessarily reflect the official policy or position of DailyO.in or the India Today Group. The writers are solely responsible for any claims arising out of the contents of this article.

An alumnus of St Stephens College and the Delhi School of Economics, Amitabh taught Economics for three years, was a civil servant with the Indian Railways for 24 and then moved to the private sector. He now pursues other interests viz: reading and writing.